The Internet Of Things 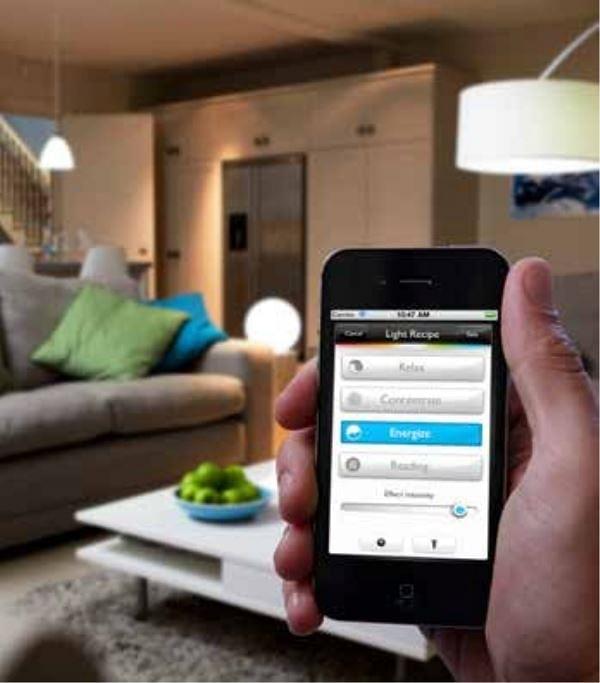 If you have a smartphone in your pocket, pat it lovingly—it will be your access point for the Internet of Things, the “Open Sesame” to the wonders of the World Wide Web.

All of us are familiar with the Internet and the World Wide Web that have disrupted business models by connecting people in new and often unimaginable ways. But the Web and the Internet are not synonymous, even though both are often spoken of in the same breath. The Internet is a hardware platform, that is, boxes and wires connected together, and the Web is an application running on this amazing platform. If that confuses you, think of your laptop as a platform and Word and Excel as two common applications that run on the platform that also has other applications like media players that play music, Photoshop that helps create images and Skype that allows you to talk to long distance friends “for free”. Your laptop platform and the suite of applications that you have installed on it are all local, but the Internet is a distributed platform that is made up of a number of connected machines. Similarly, the Web is distributed applications, one part of which—the browser, is located on your local machine and the rest is distributed as web servers across the world.

The Web, along with its ubiquitous local sidekick, the browser, is the most popular and well-known application on the Internet but there are myriad other applications that run on this distributed platform. Skype, or any other Voice-Over-IP telephony software is one such, that uses the Internet but not the hypertext transfer protocol (http://) that is used by Web browsers. Email, one of the first Internet applications, uses the Simple Mail Transfer Protocol that is also different from web and http. So are streaming video services that allow you to watch live events. But because people, that is human beings, are already familiar and comfortable with using the web, service providers embed, or camouflage, these non-web applications like email and streaming video inside a web page that can be accessed with an http-compatible browser. This strengthens the erroneous perception that the web and the Internet are synonymous.

What if we suddenly decide to exclude human beings from this equation? How would that change the picture? But then, the Internet is a mechanism to transfer information, or rather data, from point to point—so if there were no human beings in the picture, who would transmit information and who would be there to receive it? To understand this puzzle, let us consider the following scenarios:

1.       At dusk, a light sensor, a device that can sense the intensity of ambient light, sends a message to the switch that activates street lamps. When day breaks, the same sensor sends another message to turn off the same lamps.

2.       The electricity meter in the basement sends the monthly reading to the computer that generates the electricity bill for the customer.

3.       The odometer in your car sends information about the number of kilometers that you have driven to a computer in your auto insurance company that has insured your card, not for a calendar year as is usually done, but for 20,000 km of actual travel.

In each of these cases, we have no humans involved. Instead, we have machines or instruments “talking” to other machines or instruments connected to each other with the same technology that is used to operate the Internet. When this happens over private communication channels that have been created within a single organization, then it is referred to as Machine-to-Machine (M2M) technology, but when the data transport uses the public Internet platform that we are all familiar with, because of our daily usage of the Web, then we have the Internet of Things or IOT.

The Internet of Things or IOT is critically dependent on the availability and affordability of smart devices. The standard-issue electricity meter, installed by the electricity distribution company, cannot be a part of the IOT because it is not designed to transmit its information anywhere. Neither is the standard odometer that is installed in any car. But going forward, as technology changes, we are going to see more and more of these smart devices replacing the otherwise non-smart devices that we are currently used to seeing around us. Where all would these smart devices impact our lives?

Home Automation where we would have lights, air conditioners, microwave ovens, door locks, televisions connected to the Internet and managed through a web interface or a smart phone.

Automobiles Cars already contain many computer-controlled components and these can send information to manufacturers or garages for fault diagnostics and preventive maintenance. With the advent of the self-driving cars being developed by Google, car-to-car communication can eliminate traffic accidents completely.

Health Management Monitors worn on the body can record and transmit health parameters, like pulse rate, blood pressure, calories burnt in exercises to personal or hospital computers for analysis and necessary action.

Today, nearly three billion people, or about 40 per cent of the global population uses the Web (and hence the Internet). Research firm Gartner estimates that by the end of 2015, there will be around 4.9 billion things connected to the IOT. Gartner expects this number to rise to 25 billion by 2020 while more aggressive estimates put the figure at 50 billion. But for this to happen, we need to have devices that are not only “smart”—in being able to communicate with one another, but should have three other characteristics. One, they should be able to access the Internet without having to be connected to a physical local area network or a WiFi network. Two, they should have an independent power source and not be tied to a power socket on the wall. Finally, they should have a way of sensing the physical environment without needing a human to enter data through a keyboard or a similar input device.

Fortunately, the technology necessary for all this to happen is very much available today. For example, RFID, Bluetooth, 3G, 4G technology can transfer data across “air gaps” and into boxes and wires that constitute the Internet. Long-lasting batteries or batteries that can be charged by solar power or through wireless technology are also available. In the world of sensors, we have long had complex industrial processes being monitored and controlled by instrumentation designed and developed by mechanical and electrical engineers. But the challenge lies in bundling all three requirements into a one small light inexpensive and portable product that can proliferate easily within the human ecosystem.

With the emergence of smartphones and related infrastructure, such a device is very much a reality. Not only are these “devices” perpetually connected to the Internet over WiFi, 3G or 4G, but they already  have a range of sensory devices built into them. For example, a standard Android phone has motion sensors, like gravity sensors, accelerometers and gyroscopes that measure acceleration and rotational forces; environmental sensors, like thermometers, barometers, photometers that measure ambient temperature, pressure, humidity and illumination levels; position sensors that can detect an object in the proximity of the device or the geographical latitude and longitude, plus cameras and microphones that can detect and record images and sounds. Such standard Android phones can be extended with specialist sensors, as in the case of the LifeWatch V phone, which can carry out a battery of medical tests that include one-lead ECG, body temperature, blood glucose, heart rate, blood oxygen saturation, body fat percentage and stress levels as expressed by heart rate variability.

A simple example of an actual use of the Internet of Things is when we observe traffic congestion on specific roads with Google Maps. This data is automatically being collected from the motion sensors of hundreds of anonymous Android users who are moving along that road at this instant of time, processed for statistical validity and sent to any Google Maps user who is interested.

With three billion smartphone users and 82 per cent of them using Android, we can safely claim that 2.4 billion IOT-compatible devices are already in the market and this number can only grow faster and faster! Android devices are now moving out of smartphones and powering a range of devices like television sets, automobiles and other objects of daily use. In fact, Google has acquired a home automation company, Nest, and is pushing Brillo, a derivative of Android, as an IOT platform for home automation.

Smartphones are not and will never be the only constituent component of the Internet of Things—there are hundreds and thousands of other devices based on many other technologies that will add up to the 50 billion devices in the IOT, as predicted by 2020. However, smartphones are available here and now and we already have three billion of them and counting! They will play a very significant role as pathfinders through this new terrain and will be the harbingers of the Internet of Things.

If you have a smartphone in your pocket, pat it lovingly—it will be your access point for the Internet of Things, just as the Netscape browser (the forerunner of today’s ubiquitous Chrome or Firefox) was the magic passphrase “Open Sesame” to the wonders of the Alibaba’s cave called the World Wide Web.