The Monk Who Is Saving Majuli From Christian Proselytisers 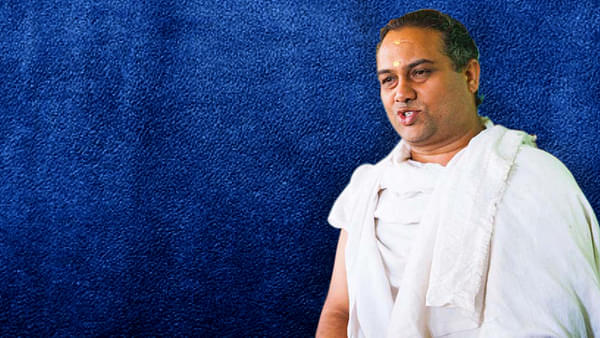 It is not just the mighty Brahmaputra that poses a grave threat to Majuli, the world’s largest river island. While the river has washed away a major part of the island and reduced it to just about 28 per cent of its original landmass, a far more insidious threat was posed by Christian proselytisers who were hell bent on wiping out the unique culture that Majuli is famous for.

Majuli is the cultural and spiritual capital of Assam and home to about 22 xatras (Vaishnavite monasteries and seats of spirituality, culture and learning). The island had hosted—and become inextricably linked with—Srimanta Sankardeva, the famous 16th century socio-religious reformer of Assam. The island and its xatras are deeply revered by the people of Assam who consider it a prime pilgrimage spot.

Since the beginning of the last century, Majuli has faced severe erosion by the raging waters of the Brahmaputra, especially during the monsoons. Of the 1,250 square kilometres that made up the sprawling island at the beginning of the 20th century, its size today is about 350 square kilometres only. What compounds Majuli’s woes is that it can be reached only by a 1.5 hour ferry ride (it stretches to more than 2.5 hours at times), and has thus not seen much development.

Taking advantage of its backwardness, Christian missionaries started preying on the island from the late 1980s. The missionaries started targeting the Mishings, a tribal community that makes for about 48 per cent of Majuli’s total population of 2.2 lakh. The Mishings had been practising some age-old rituals and witchcraft was common among them. This helped the evangelists in their task of convincing the community that Christianity could take them out of “darkness and heathen beliefs”. What also helped the missionaries was the orthodoxy of the xatras and the monks and their disconnect with the masses.

Realising that Majuli’s culture was facing a grave existential threat, the head (xatradhikar) of one of its most prominent xatras—the Uttar Kamalabari xatra—took it upon himself to reach out to the masses. Sri Janarddan Dev Goswami, the xatradhikar, launched an aggressive outreach programme about 12 years ago by targeting education, healthcare, sanitation and other social sectors. Goswami’s efforts have borne fruit and not only has the rate of conversions fallen drastically, many of the converts have returned to Vaishnavism.

Goswami, a philosophy graduate, took over as the xatradhikar in March 2002 at the young age of 28. “I studied the socio-economic conditions of the people here and the problems they face. The recurring floods and the resultant spread of waterborne diseases, loss of land due to erosion, poverty, underdevelopment, lack of adequate educational facilities and poor infrastructure were the main problems here,” Goswami, who is also the spiritual guru to Assam Chief Minister Sarbananda Sonowal, told Swarajya.

Goswami initiated many reforms. Xatras and the monks had been maintaining a distance—physical and psychological—from the masses and he set about changing that. “I started interacting very closely and every day with the people here, talking not only about spiritual matters and our culture, but also the problems they encounter. After all, it is the social responsibility of the xatras to provide leadership to the people in trying times like these,” he said. Goswami’s primary focus was the Mishing community.

The Christian missionaries from Nagaland and Arunachal Pradesh (Majuli is equidistant from both) had been holding medical camps and had opened informal schools in the Mishing-inhabited areas of the island. And in the guise of providing social service, they dished out enticements like free education in missionary schools in other parts of the state, free healthcare, monetary and material gifts and more, to the poor tribals. The proselytisers have also been carrying out a vicious campaign against Vaishnavism and the traditional beliefs of the Mishings, urging them against worshipping “heathen gods” and promising deliverance if they convert.

Incidentally, the activities of the missionaries peaked from the middle part of the last decade to the early part of this decade. This corresponded with the rule of the Congress-led UPA government at the centre and Congress rule in Assam. Also, it was Catholic missionaries who became most active in Majuli; and it can be no coincidence that UPA chairperson Sonia Gandhi is a Catholic too.

That New Delhi had a direct hand in encouraging the Catholic missionaries is evident from a 2006 incident in Majuli. “An evangelical camp was planned by Catholic missionaries from Nagaland to convert the local people of Majuli,” recalled a senior police officer who served in the district at that time. “Many priests and even some Naga politicians had come down to Majuli. Some xatradhikars petitioned the district administration, which disallowed the evangelical camp. The Catholics tried to hold it forcibly, following which there was a mild lathi charge on them. That night, the deputy commissioner—the administrative head of the district, received a call from the Prime Minister’s Office (PMO) asking for an explanation and ordering him to grant permission to hold the camp.” But the district administration held firm, and the missionaries packed their bags and left. But the fact that the PMO, which was just a rubber stamp of the UPA chairperson, intervened in this matter is enough to prove that the Christian missionaries had the blessings of the very powerful.

Goswami figured that the best way to stop the Christian missionaries was to defeat them at their own game. Since 2003, he has been at the forefront of flood relief activities in Majuli, going all over the island to provide relief and succour to the flood-affected and standing by them in their hour of crisis. He also started coordinating the relief efforts, albeit informally, of the state government in order to streamline them and prevent leakages. “The main problem after the flood waters recede is spread of diseases. So I started organising medical camps at all the flood-affected areas, besides providing water purifiers and holding awareness camps on hygiene to prevent communicable diseases,” said Goswami. Over the last decade, there have been no post-flood outbreak of diseases in Majuli, thanks to his, and the state government’s, efforts.

Goswami made healthcare his top priority. He now has teams of doctors—many of them disciples of his xatra—who visit the island regularly to conduct free medical camps. Goswami has roped in pharmaceutical companies to distribute free medicines. “We send patients who need advanced treatment to these doctors elsewhere in the state and have tied up with hospitals to provide healthcare at subsidised rates, or even free for needy patients, referred to them by us. We have tied up with oncologists and other specialists for free consultations for people from Majuli. We are now tying up with higher educational institutions to provide free education to meritorious students from Majuli,”said Goswami.

Helping people with improving their livelihood is another area that had Goswami’s full attention. “The Christian missionaries were promising petty jobs to the tribals. We are launching livelihood programmes here and also tying up with employers in the rest of the state to provide jobs to the deserving from this island,” said Goswami.

A vital aspect of Goswami’s multi-pronged approach to stop conversions is to inculcate a sense of pride in indigenous culture among the people. In 2006, he launched Shishu Sanskar Shibirs, 15-day residential camps in his xatra for children (as many as 400 per batch) who are taught about Vaishnavism and its rich cultural aspects. These camps have become very popular and there is an increasing demand from parents to accommodate their children in them. Goswami has also joined hands with organisations like Seva Bharati (founded by Balasaheb Deoras, former head of the RSS) that provides education, healthcare and vocational training to the poor and marginalised.

Through Goswami’s efforts, a number of Ekal Vidyalayas—where children get free education, are taught about their heritage and culture and Indic values—have been set up in Majuli. More will come up soon. Parents are happy sending their children to these schools rather than the informal ones run by Christian missionaries where alien values are inculcated in the kids.

All these have resulted in a total stop to fresh conversions. Not only that, a number of those who had converted have started returning to the Vaishnavite fold. “We hold a small religious ceremony called Smaran at a namghar (Vaishnavite place of worship) through which converts return to their old religion,” said Goswami. This ghar waapsi has brought back many deviant souls.

The numbers speak for themselves. There are barely 1,000 Christians in Majuli today, as against a few thousand a few years ago. There are only three small churches with small congregations on the island. Goswami’s efforts to stave off the onslaught of the Christian missionaries is being supplemented in a huge way by the new BJP-led coalition government in the state that has not only declared Majuli a district, but is implementing a slew of development measures including tackling erosion. Chief Minister Sonowal, who represents Majuli in the state legislature, has vowed modern education and healthcare facilities on the island.

Today, thanks to Goswami and his disciple Sonowal, Majuli is well on its way to defeating the scourge of the Christian missionaries.