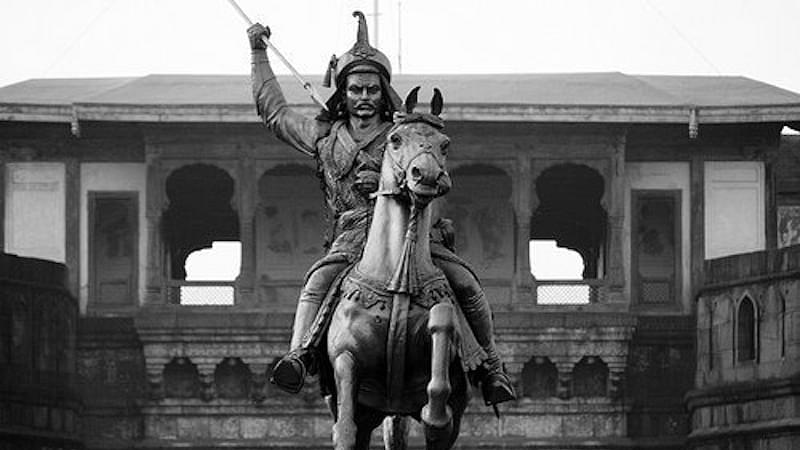 N.S. Inamdar’s novel titled Raau in Marathi has now appeared in the form of a translation in English. Translated by Vikrant Pande and titled Rau: The Great Love Story of Bajirao Mastani, its protagonist is Peshwa Bajirao, the Peshwa (prime minister) during Chhatrapati Shahu Maharaj’s reign. Driven by the goal of expanding the Maratha empire, Bajirao’s fearlessness makes him a nightmare for his rivals on the battlefield.

The novel has several dimensions, which make value additions, among them the author’s depiction of war-related experiences and life inside the Shanivar Wada haveli that “was a symbol of the power the Peshwa enjoyed in Pune”. However, it derives its essential beauty from the unlikely romance between Bajirao and Mastani, a half-Muslim dancer from Bundelkhand.

Inamdar writes: “Her mere presence had intoxicated him. The one who stood before him was not an ordinary courtesan, one who merely entertained with her singing and dancing. The pull she created was magical.” Such responses aren’t transient upheavals of the heart; instead, they would lead to a romance that holds us in thrall as it hurtles towards a tragic end.

Several interesting characters come alive in the book. Kashibai’s gentle personality and her love for her husband Bajirao doesn’t stop her from taking a firm stand after Mastani’s presence becomes increasingly dominant, and she is made to reconcile with indifference.

Radhabai, the Peshwa’s mother, is a strong-willed lady for whom principles that must be followed by a Peshwa of the Konkanastha Chitpawan Brahmin community are of paramount importance. She would turn against Bajirao.

Chimaji Appa, the Peshwa’s brother, contributes to the cause of territorial expansion by playing a pivotal role as a leader of men during wars. His decision regarding Bajirao would be no different from his mother’s.

Others like the Peshwa’s rivals, several key officials, opponents, and family members aren’t comparably strong. But their presence and impact in crucial moments makes significant contributions to the novel’s richness of texture.

Bajirao without campaigns is impossible to imagine. If their presence is understandable, the most important one being the march to Delhi to confront the might of the Mughal rule, Bajirao spells out his vision while reminding the Chhatrapati of a promise once made: “Taking the waters of all the sacred rivers in his palm, the elder Maharaj had taken an oath to release Hindustan from the grip of the Mussalmans and that he would see the flag of Hindavi Swaraj fluttering in all its glory in each and every pilgrimage place. Didn’t your Highness appoint us as the Peshwa precisely to fulfil that dream? We are bound by our duties. What else is the use of such high-sounding titles if not for making those dreams come true?”

But, while Bajirao fights many wars, his love for Mastani unveils his human side in all its shades. He is willing to take on the wrath of the powerful Brahmins and confront the possibility of ostracism. Acutely aware that he is the Peshwa who is supposed to uphold the ideals for society to emulate, he shocks the orthodoxy by declaring his love for Mastani.

Not only that, he gets her to the haveli as his second wife, and gives her each and every honour he can. Disguising his feelings because of practical considerations is an easy route, but that is not the one Bajirao opts for. “Keep in mind that our fates are interlinked from now on,” he tells an official, who is also a friend. His commitment towards Mastani is one of the two foundations of the great love story.

Mastani, who makes the other half, is an arresting presence. Beautiful, vulnerable, and victimised by social wrath because of her love for the Peshwa, the haloed one, she doesn’t forget her roots while being devoted to her man.

Challenging all adversities, she is the happiest when she finds her “Rau”, the man who means everything to her. Both of them find bliss in each other’s arms, which is all they want. “The lingering kisses, the unending embraces and the sweet words—it was romance at its peak, unbridled, unfettered...” What makes Mastani the most unforgettable character is the feeling that, in spite of Bajirao’s unconditional love for her, we cannot help feeling that she deserves a lot more than she gets.

The last moments evoke uneasy memories of a past in which two lovers had sought union. One, a warrior and a leader, had surrendered to tradition. The other had experienced the power of tradition all through her life anyway.

Well-known for inspiring Bajirao Mastani, filmmaker Sanjay Leela Bhansali’s grand dream, which made changes like showing Mastani as a princess and making her dance with Kashibai, Rau’s appeal in its English avatar originates from Pande’s translation, which is faithful to the original and carries the story forward in an engaging, easy-to-read style. Let us hope for more such translations in the near future.