What Israel Can Teach India About Developing An Innovation Culture 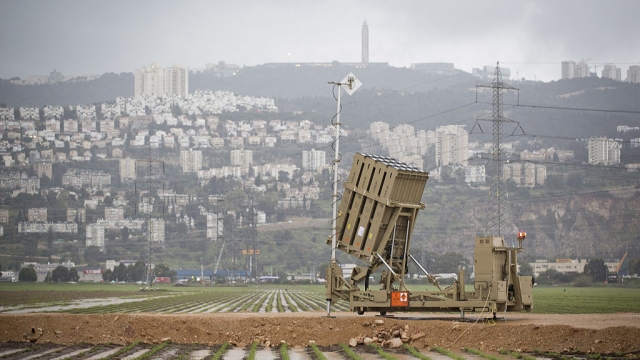 Israel seems like the quintessential underdog. Its land area is a puny 22,145 sq km. Even the exclusive economic zone in the Mediterranean Sea, which washes the state’s shores at its north-west, is double the country’s land area. Israel also does not have much to cheer about with respect to natural resources. Yet, despite its small size and lack of abundant natural resources, Israel has thrived for nearly seven decades of its existence. While military might comes to the mind of many who ponder how Israel has not just survived but prospered in the face of grave geopolitical adversity, what is perhaps lesser known and has only come to light in the past decade is Israel’s exceptional culture of innovation and how that has propelled the country’s fortunes.

Like David from the Hebrew Bible, Israel has come up trumps despite having the odds stacked against it. In the way that the future king of Israel used speed and agility to defeat the much larger opponent Goliath at the Valley of Elah, Israel has been able to capitalise on the multi-dimensionality of its people, who poured into “the promised land” from across the globe, and the collective will to survive to turn its weaknesses into strengths.

It is for this reason that Israel would not seem like much of an underdog today.

Arieh Herzog, a former head of Israel’s missile defence agency, captured the essence of Israel’s challenges when he said the country had to “either innovate or disappear”. And innovate the Israelis did.

Think of the Iron Dome, the unique air defence system which helps the country intercept and destroy incoming rockets and artillery shells fired from short distances.

Or the mixed martial art Krav Maga—designed to defend and counter-attack with force; it was developed by the Israel Defence Forces for close-combat fighting. Or something like the “heads-up display”, which allows pilots to simply look and shoot could have only come from a country like Israel. It has also been able to resolve the critical problem of drinking water shortage and overcome agricultural challenges.

Israel’s so-called Silicon Wadi is a leading global technology hub. It is home to 5,000 start-ups and 750 venture capital-backed companies, and has the second-largest number of technology start-ups per capita, behind California’s Silicon Valley. It also hosts more Nasdaq-listed companies than any country except the United States and China.

The Jewish state is also leading the way in cutting-edge areas like cybersecurity and self-driving cars. Investments in Israel’s cybersecurity totaled about $580 million in 2016, according to a Start-up Nation Central report, some 15 per cent of the total investment in the industry that year. And when it comes to building “Jetsons-like” cars, Israel is already developing technologies that are set to become integral to the driving landscape of the future. The wheels of innovation turn rapidly yet smoothly in Israel, as they have always done—and the credit goes to the early leaders of the state, one in particular, who saw the need for it.

It was Shimon Peres, the former president who died in September last year, who spoke of the need for Israel to embrace innovation in the early years. As someone who found himself wearing many different hats in government and serving in the Knesset for almost half a century, Peres was committed to building a country whose future was based on science and technology. At the inauguration of the Israeli Innovation Centre (IIA)—its home at the Peres Peace House—in July last year, the leader said, “All my life I have worked to ensure that Israel’s future is based on science and technology as well as on an unwavering moral commitment. They called me a dreamer. But today, when I look at Israel, we all can see clearly that the greater the dream, the more spectacular the results.”

Today, friendly countries turn to Israel for help with innovative technologies. Some of this can be attributed to Peres as he pushed for innovation from the beginning despite, on occasion, the opposition from the state and the people who may have thought his ideas were ludicrous. From setting up the electronic aircraft industries to kickstarting the country’s nuclear programme and strengthening the Israel Defence Forces, Peres was a shining example of the state’s early recognition of and commitment towards building a culture of innovation.

In the 1940s, faced with an existential threat from hostile neighbours, Israel had no choice but to involve as many of its people in the country’s defence as possible. At the time, ordinary Jewish farmers volunteered to take up arms for the cause.

Since then, Israel has come to adopt compulsory military service for its citizens. All eligible men and women are drafted at age 18. And after the completion of the service, each is assigned to a reserve unit—a factory for innovation.

During this time, soldiers train in solving complex problems and partake in disaster management exercises. They also take rigorous tests. David Yin’s reporting for Forbes in “Secrets to Israel’s Innovative Edge” is revelatory. He writes about one Yossi Matias who gets selected to train as a pilot for the Israeli Air Force after taking the standard set of tests. “I was responsible for flying airplanes in pretty demanding situations,” recalls Matias. “These challenges make later challenges in life look smaller.”

Matias later went on to get a doctoral degree in computer science at Tel Aviv University, work in academia (authoring a hundred journal papers), start up and eventually set up the research and development (R&D) centre for Google in Israel. Features like Google Suggest, Trends and Live Results, were developed for Google under his leadership.

This is not an uncommon or unfamiliar tale in Israel. Military training puts young Israelis in difficult situations, getting out of which usually requires looking at problems differently. Many of these individuals eventually take up technical roles in areas like information technology and cybersecurity. The military engine thus fuels innovation in various areas.

Dudu Mimran, chief technology officer of the Cyber Security Research Centre at Ben-Gurion University, hit the mark when he told Fortune magazine: “Connecting the talent pool coming out of defence organisations with the strong entrepreneurial spirit that exists here, and you get the perfect ingredient for a powerhouse, in terms of cybersecurity start-ups and technology companies.”

Businesses need state support or a friendly ecosystem to flourish. Usually the health of the economy—largely a result of the government’s policies—is a direct reflection of the business environment and, therefore, the entrepreneurial aspirations of the people who join the workforce. In Israel, the ecosystem is geared for innovation.

The Office of the Chief Scientist, rechristened in 2016 as Israel Innovation Authority, was commissioned in 1974. Coupled with the development of the venture capital sector, the Office helped direct and maintain focus on innovation for decades. The IIA comprises several divisions dedicated to start-ups, business growth and technological infrastructure. Targeted programmes like the incubator programme provide pathways for entrepreneurs to develop their ideas and get their businesses rolling. There are 24 incubators in Israel currently, most of them dedicated to technology. Around 180 companies at different stages operate in the incubators at any given time.

Israeli R&D companies also benefit greatly from grants. Jonathan Lavender of KPMG in Israel writes that the Israeli government provides grants to the tune of 20-50 per cent of total approved expenditure towards R&D activities. Not to forget, Israel also devotes more of its gross domestic product (GDP) to R&D than any other country. In 2015, it directed 4.25 per cent of its GDP (OECD data) to research. Only South Korea came close. In comparison, the United States and Germany spent roughly 2.7 per cent of their GDP on R&D that year.

In his 2013 bestseller David and Goliath, author and journalist Malcolm Gladwell argued that what may seem like disadvantages could actually be advantages if seen differently. Israel’s small size—perceived to be a disadvantage—has benefited the country as there is a significant overlap of social circles and strong interconnection among its people. Military officials, scientists and entrepreneurs find themselves separated by one degree of separation more often than not. This aids easy exchange of ideas and offers a gateway for useful collaboration.

Israel’s regional challenges also indirectly helped the Jewish state. Its entrepreneurs are compelled to think globally due to local constraints, typically aiming at markets in the Far East and West. This global outlook serves the economy well. The country’s hi-tech exports, for instance, make up 45 per cent of its total exports, thus effectively countering the lack of access to regional markets.

Immigration, a subject of debate the world over today, was another a factor for innovation. Immigrants generally possess a high-risk appetite as they leave for unfamiliar places and start their lives anew with no certainty of success. Applied in business, this attribute pays rich dividends as innovation is nothing if not charting uncharted territories and making it your own.

Add to this the availability of diverse points of view from a rich pool of immigrants. Coupled with few conventions in work environments, these supposed disadvantages are moulded into advantages to create successes in Israel.

This is something that a developing country like India, which has its share of enormous challenges, can learn from. Innovation is not something that happens in university labs or R&D centres but is born out of a culture that allows it or, even better, encourages it. If India could adopt this lesson, problems like poverty, sanitation, women’s safety and education could become a thing of the past.