Who is the Real King Khan? 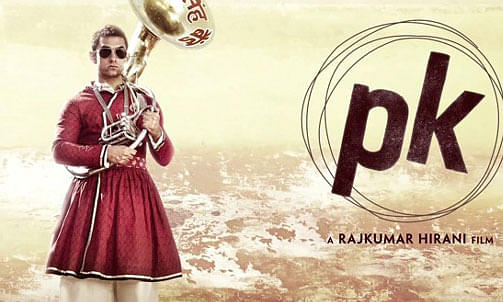 For 15 years now, a trio has held sway over the Hindi film market—Aamir, Salman and Shah Rukh. An evaluation of the three men, who have charted their careers very differently from one another.

Rajesh Khanna was the first solo superstar—before him, the Hindi film industry had never really had an undisputed No 1 star. Amitabh Bachchan dethroned him and ruled for much longer. In an environment of better-produced films and more competition, the media loves to address Shah Rukh Khan as King Khan. Articulate, and with a quicksilver presence of mind, the star’s USP is that he gives more great quotes and witty one-liners in press conferences and interviews than anyone else. Maximum coverage is what he gets in return. Fair’s fair.

But fans are fans. Each of the three Khans—Aamir, Salman and Shah Rukh (wherever we have mentioned the three together here, they have been named in alphabetical order)—has his own constituency of fans that permits no intrusion. For Aamir devotees, Salman and Shah Rukh are non-competitors. For Salman acolytes, he is the only megastar in Hindi cinema.

For the last couple of decades, the three Khans have flourished in a way few had thought they would at the outset of their careers. The only major threat to their collective dominance came in 2000 when Hrithik Roshan burnt up the screen in his debut film Kaho Naa Pyaar Hai. But Hrithik couldn’t sustain the momentum; his affair with the box office was blow-hot blow-cold.

Of course, he has had his phases. In 2006, he headlined the star cast of two blockbusters: Dhoom:2 and Krrish. In recent times, Krrish 3 and Bang Bang! have raked in the moolah. But. Fourth biggest star: that is where he is and will be, until one of the Khans stops playing the male lead.

The war of the Khans began in the 1990s. Aamir had delivered Qayamat Se Qayamat Tak towards the end of the previous decade. Salman’s Maine Pyar Kiya followed very soon after. Shah Rukh came a bit later, clambering up via television, and unlike the other two, he sought a future in Hindi cinema without any ‘connections’ in the trade. His rocket-like rise defied conventional film industry logic: in Darr and Baazigar, which released in quick succession, he played twisted lover-killers, who tapped into a darkness in the mass psyche—the characters hardly deserved sympathy, but Shah Rukh, through some inspired hamming, got it for them from the audiences.

And then, quite amazingly, he transformed himself into a romantic hero. Dilwale Dulhania Le Jayenge (DDLJ), a love story starring him and Kajol as two NRIs, became a bit of a cultural milestone since the boy tries to find ways to seek permission to marry his beloved from her father, a conservative patriarch for whom preserving Indian values is of primary importance in life.

DDLJ’s message appealed to the NRI audiences, and its popularity made Shah Rukh the undisputed Indian No 1 star in the overseas market. Then came Dil To Pagal Hai and Kuch Kuch Hota Hai, both huge successes. From lover-from-hell to dream soulmate, he had grown to captivate Indian audiences across the world, with the competition trailing by more than a lap.

But nor for too long. A mysterious Salman Khan wave had been gathering strength, and was about to reach tidal wave proportions. There is very little proof that he has ever had any desire to take up projects that challenged him as an actor. Apparently it was just the fact that he was his spontaneous self in every film that his fans loved. He was beginning to fill the theatres. His preference for undemanding roles produced utterly formulaic content (things haven’t changed); “serious” analysts still cannot explain why his films succeed or fail, except that he is in those films, being Salman.

In Karan Arjun, Salman and Shah Rukh appeared as the two leads. In Kuch Kuch Hota Hai, the actor didn’t hesitate to play a supporting role in what was a Shah Rukh film. Saajan belonged to Sanjay Dutt with Salman playing the second lead. Secure in the knowledge that he had the crowds rooting for him, Salman developed into the quintessential non-acting star in the 90s.

Aamir, in the meantime, was developing his own plan of action. After Qayamat Se Qayamat Tak, he appeared in a number of films distinguished only by their extraordinary mediocrity (does anyone remember Love Love Love, Awwal Number, Tum Mere Ho, Diwana Mujh Sa Nahin, Afsana Pyaar Ka or Jawani Zindabad?), a filmography which seems incredible when you look at the man today.

Then he hit paydirt with films like Jo Jeeta Wohi Sikandar, Raja Hindustani and Dil Hai Ki Manta Nahin. He had become wiser and wanted control of his career. He was developing a clear sense of what Brand Aamir was, and the brand USP was: “he’s different”. By the time the decade ended, he had showed, in Rangeela—as a carefree young man in love with a girl who’s besotted with a film star—that the performer in him needed to be separated from his identity of a star and analyzed in an independent context.

1947: Earth was an out-and-out arthouse film based on a Bapsi Sidhwa novel set during Partition. In Sarfarosh, made by a first-time director, he pitted himself against Naseeruddin Shah. In the onscreen confrontation between performing non-equals, Aamir didn’t let himself down.

Shah Rukh had range and imagination: he had bet his early career on playing psychos and the boy-next-door loser in Kabhi Haan Kabhi Naa. But he now apparently preferred the safety-first lover-boy route that broke commercial records.

Salman had found his safe place and grown it: he gave big hits, most of them of the kind that were watched, enjoyed, and forgotten quickly. His fans didn’t mind. They came to watch Salman bhai do his act, which didn’t require much acting.

Aamir had become a mega-stakes risk-taker. He had ended the last millennium, convinced that unpredictability was the best thing he could (and should) assure his fans about. The element of surprise would be his weapon of mass seduction.

During this period, Shah Rukh has given two memorable performances. In Swades (2004), he played a NASA scientist, who returns to his roots and discovers his true calling in life. In Chak De! India (2007), he was a women’s hockey team coach haunted by his past. Highly appreciated and successful, Chak De! should have encouraged Shah Rukh to try more of the unusual. But he hasn’t shifted from his comfort zone since then, staying put with formula-factory directors/ producers.

His 2001 box office monster was Karan Johar’s Kabhi Khushi Kabhie Gham (K3G). But the year belonged to Aamir Khan’s Lagaan, a film which made less money but won more hearts. Today, Lagaan is the film that viewers remember. K3G was been reduced to a haze.

K3G is one of those films that have defined the course of Shah Rukh’s career. Kal Ho Naa Ho, Chalte Chalte and Main Hoon Na were well-packaged products carried by his now-familiar mannerisms, irrespective of the character he was portraying. And so it goes…Rab Ne Bana Di Jodi and Don—dual roles, where he could hold your attention in one role (in each film) and not the other.

My Name is Khan. Asperger’s syndrome, post 9/11 suspicion of Muslims in the US—surely the right knobs to push in the Indian cinema casino? The problem was the story, which went to pieces towards the end. Reincarnation drama, Om Shanti Om was a blockbuster, but the two real big ones in Shah Rukh’s recent career have been Chennai Express and Happy New Year, the former an over-the-top comedy, and, the latter, a mixed bag of goodies that the audiences bought because of the Godzilla-level pre-release hype that now characterizes every Shah Rukh starrer.

Familiar with more lows than the other two Khans, Salman found his career resurrected by Wanted in 2009.  Then came Dabangg—Chulbul Pandey, a corrupt cop with a kindergarten samurai code, whom all of India cheered. Dabangg wholly deserved all the money it made. But how Ready and Bodyguard which followed almost burst the cash registers is a question that nobody should even try to answer.

But they did, silencing those who believed that both films were absolutely unwatchable. Salman has delivered three more mega-hits thereafter: Dabangg 2 which was repetitive and weak but loved by the masses, Ek Tha Tiger and Kick, the biggest hit of his career so far. From action to romance to comedy: Salman has been going through the rituals like he always has. He knows he is a star, not a great actor. That awareness makes his performances effortless, which is what his fans wish to see.

Aamir, the third Khan, is unique. A better actor than Salman and Shah Rukh, he has also directed Taare Zameen Par, a sensitive film about a dyslexic child. He has associated himself with interesting projects directed and produced by his wife Kiran Rao and other small budget films like Ship of Theseus and Peepli Live.

Since 2008, it is Aamir who has been the game changer in Hindi cinema. It started with the Memento-inspired Ghajini, which became the first film to have net collections (gross collections minus entertainment tax) of Rs 100 crore in India. That led to the birth of the 100-crore club. For 3 Idiots (2009), Aamir, 44, turned into an 18-year-old engineering student. Critics marveled; the film inaugurated the 200-crore club.

An increasingly selective actor in big-budget commercial cinema, Aamir’s only release after 2009 which hasn’t been a record-breaking commercial success is Talaash: The Answer Lies Within (2012). The neo-noir film was destined to get limited viewership, and it failed to get into the 100-crore club.

Dhoom:3 (2013) was propelled by the actor’s dual role as twins, who rob banks. The film became the first member of the 250-crore club, where PK joined it not much later. And then went on to inaugurate the 300-crore club!

In the last few years, Aamir has been to commercial success of Hindi films what Sergei Bubka was to pole vault, repeatedly creating records, and breaking them himself. He has destroyed the monopoly of Shah Rukh in the overseas market while consistently defying the stereotype.

The only member in the 250-crore and 300-crore clubs, the only male lead whose two films have grossed more than Rs 500 crore worldwide, Aamir has moved far ahead of Shah Rukh and Salman. PK has grossed well over Rs 200 crore more than Chennai Express, Shah Rukh’s biggest film. Salman isn’t far behind, since he can turn almost anything he acts in into a blockbuster these days.

Hindi cinema does have a King Khan. His name is Aamir Khan. Maybe, many TV show hosts and journalists who use the sobriquet for Shah Rukh need to turn to facts. But, will they? Doubtful, parroting being an addiction which no number of visits to parrots anonymous can truly heal.