Why India Needs To Hurry Up On Artificial Intelligence 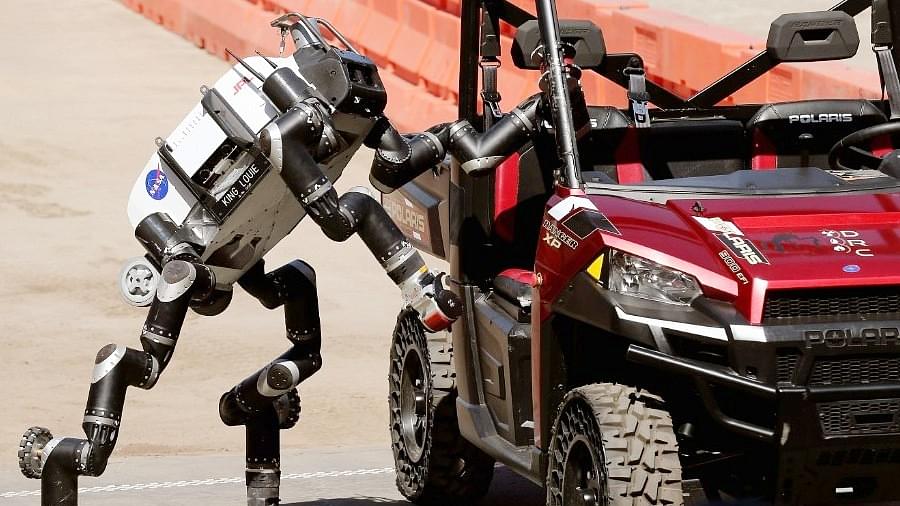 Artificial intelligence is a critical technology of and for the future. (Chip Somodevilla/Getty Images)

A number of experts have recently said that the ongoing tussle between the United States and China is only superficially about trade, and more about intellectual property rights (IPR), and in reality about the control of the technology of the future. After all, goes the argument, the trade deficit suffered by the United States has been high for some years, and that may not by itself justify the high-decibel wrangling we see these days. On the other hand, owning the technology of the future is critical.

Almost everybody these days considers artificial intelligence (AI) a critical technology for the future. Some even say that AI will become so ubiquitous that we will cease to see it as a distinct entity, much like we take electricity for granted (but it will be as crucial for the working of society and of nations as power is). If you add the potential for robot warfare, then the odds are raised ever higher: without a solid AI base, any country is highly vulnerable on the physical security side as well, an alarming prospect.

There is an enormous amount of speculation about the trajectory AI will take, and I am referring here to three well-argued pieces: one, an April 2017 article, “Which Productivity Puzzle?” by Bill Janeway, and a podcast of an interview with him by The Economist; a podcast by McKinsey Global Institute partners James Manyika and Michael Chui; and “The AI arms race: China and US compete to dominate big data” in Financial Times (FT), 1 May 2018.

Janeway, a venture capitalist and economist, argues that, just like electricity became ubiquitous and little-remarked in the 1930s, leading to a prodigious leap in productivity in industrialised markets like the United States, artificial intelligence and related cloud services will become an unremarked utility in the future, and that the big productivity gains will be seen at that time, not at the present time when people are busily building out the infrastructure.

Besides, he suggests, the gap between the very best companies and the rest is large and growing. There are four factors that are driving this change: economies of scale, economies of scope, network effects, and the increasing positive feedback loop of data domination. The first three are standard factors, but the last is the crux of the matter. Today’s tech platform titans, as has been amply evident in the Facebook/Cambridge Analytics scandal, have unprecedented access to data, and this is their key to success.

Of course, it has become increasingly likely that there will the regulatory oversight applied to the business model of selling user data to advertisers. The General Data Protection Rules of the European Union would have gone into effect by the time this gets to print; and versions of this will doubtless be enacted elsewhere, so that there will be some limits to what the tech companies can do.

This is good news and bad news from an Indian point of view. On the one hand, the importance of data, while it is evident to the Americans and Chinese, has not quite been grasped by Indian regulators or policymakers, and therefore we have not nurtured a single world-class data generation company as a local champion. The nearest we have had is Flipkart, but as I write this, it has been bought by Walmart. So there goes India’s data to Americans; in addition to other leakages via Alibaba-controlled Paytm and CIBIL to TransUnion. Definitely bad news.

The good news comes from the idea that there is a big creation of infrastructure going on in the world of big data, AI and cloud computing. This is surely an area where India’s information technology services companies can perhaps recoup the market share they have lost, ironically as a result of cloud computing making software-as-a-service feasible. There is the memorable story that during the 1849 gold rush in California, the people who really made the money were the infrastructure providers, such as Levi Strauss, the grocers, and the sellers of pickaxes, gold pans and so forth. Maybe this new “gold rush” will help Indian companies. But not having generated an Alibaba or a TenCent or a Baidu is a great opportunity lost.

Where is the money to be made? There are opportunities in offering system integration — identifying and acquiring the data, and then processing it for AI/ML (machine learning); creating or at least using the algorithm for deep learning; and offering fat-pipe analytics for digital transformation. In addition, specific opportunities in infrastructure are discussed by the McKinsey people: for instance, there is currently a major limitation in machine learning, which is the need for labelling data.

Machine learning requires labelled data, so that the self-driving car knows, for instance, that an object it has encountered is a bicycle. In the first phase of ML, there is a tremendous amount of manual labour required to identify things. For instance, an AI system that learns how to identify tumours needs labelled data that shows various types of tumours.

This is also an early-stage opportunity for Indian companies to provide the service of labelling. However, like another earlier business, medical transcription, it is a transient opportunity, because eventually there will be better ways of doing the analysis, for instance, deep learning techniques such as reinforcement learning or generalised adversarial networks (GAN).

These are “unsupervised” machine learning methods, where the role of manual labour will be much lower. In reinforcement learning, the AI is given a “reward” for correctly performing a task. In a GAN, two duelling copies of the same AI will be competing with each other: one comes up with new candidate objects and the other evaluates them: for example, in creating realistic images. Once these methods become popular, the role of humans in labelling may diminish or disappear.

Thus there are short-term opportunities for India. But the long-term implications are daunting, as explained by the FT authors Louise Lucas and Richard Waters. “If you look globally, it’s a two-horse race in AI,” they say, quoting McKinsey’s Chui. What has happened, according to them, is that AI is a central pillar of Chinese President Xi Jinping’s “Made in 2025” plan; and as is customary with the Chinese, they have methodically and systematically invested in this goal.

The results are there for all to see. China is now challenging the US for primacy. And where is India? Basically nowhere. India’s malign neglect of university education has produced effectively no original research. There is a double whammy there: the system of “education” (for lack of a better word) in India was a product of the Industrial Revolution, which aimed to create obedient, unthinking drones for factory labour in the “dark Satanic mills”; and, after 1947, the Soviet paradigm of “great men” leading universities has led to a desperate flight of every creative scientist or engineer to greener pastures in the West. And none of them is coming back, unlike in China’s case where they have successfully lured back top researchers with lavish grants, independence, and significant state support. There is an entire class of relocating expatriates, called haigui, “returning sea turtles”. The results are showing up, too.

If you consider patents in deep learning, AI and ML, the Chinese have a lead already over the Americans. And in a sense, the trade war now being waged by the Donald Trump administration is not as much about current trade patterns as it is about the future of technology (the implications for the military not being forgotten) and intellectual property related to it.

Since patents and IPR are proxies for innovation (though I hasten to say they are not strictly correlated, given that there are many other factors such as clustering effects and go-to-market smarts), it is clear that there is a danger of the US being out-innovated by China in this crucial technology.

There are three things that it takes to be a world-class AI power, according to the FT authors: “… the most advanced algorithms, specialised computing hardware, and a good supply of the raw material that machine learning systems depend on — data”.

China is rapidly closing the gap with the US in the first area; it is still deficient in the second; and in the third, it is far ahead of the US, because of several things. Gathering information about citizens is a major pre-occupation of the Panopticon surveillance state that China is; there are far more Chinese than Americans, thus data generation is at a much greater pace; and finally, the virtual elimination of cash there has led to extraordinarily high digital information about the use of money by citizens.

Consider India’s case: we don’t have the researchers coming up with algorithms; we have absolutely no semiconductor industry (although there is some competence in fabless chip design); and we have cavalierly let our data be captured by others (the Walmarts and Alibabas and TransUnions). Thus, in the long run, chances are that India will be left behind.

And that would be suicidal, and a huge self-inflicted wound. We have seen how the minor advantage of “guns, germs and steel” through the First Industrial Revolution enabled Europeans to dominate the world from the 1750s onwards, pushing erstwhile champions India and China to the periphery. The fourth industrial revolution is upon us now. The Chinese are contenders (and the Europeans or the Japanese, not so much). Will we let this great opportunity slip through our fingers? If so, it is guaranteed that we will be enslaved by the Americans and, worse, by the Chinese. It is an existential threat.