China Preparing To Test Wuhan's Covid-19 Blood Samples; Without Foreign Observers, Will The World Believe In What China Reports? 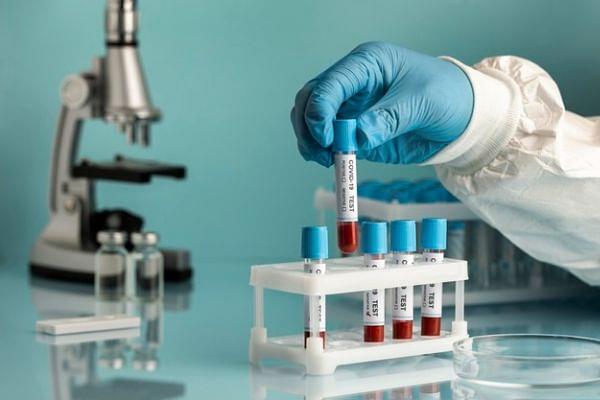 Thousands of Wuhan Covid-19 blood samples to be tested

A Chinese official has revealed that China is preparing to examine tens of thousands of blood bank samples from Wuhan as part of an investigation into the origins of Covid-19.

As reported, this action by the Chinese authorities comes amid growing calls for transparency regarding the emergence of the virus, which was first reported in late 2019 in China’s Wuhan city.

In February 2021, the World Health Organization's team of experts who went to China to investigate the origin pointed out the storage of up to 200,000 blood samples, including those from the latter months of 2019, as a viable source of critical information that could help determine when and where the virus first passed into humans.

The blood samples are preserved at the Wuhan Blood Center. It is expected to include real-time tissue samples from a large portion of the population in the Chinese city where the novel virus caused an outbreak which a few months later turned into a pandemic.

According to Chinese officials, the blood bank samples would be kept for two years in case they are needed as evidence in any litigation concerning the blood donations they came from. However, for the crucial months of October and November 2019, when most experts believe the virus initially started to infect humans, the two-year waiting period will soon expire.

As reported by CNN, an official from China's National Health Commission said that testing preparations are now ongoing and that the sample testing will take place once the two-year deadline has passed.

Yanzhong Huang, senior fellow for global health at the Council on Foreign Relations said: "This provides the closest in the world we've seen of real-time samples to help us understand the timing of the outbreak event."

Liang Wannian, the head of the Chinese team working on the WHO probe, first stated in July this year that Chinese authorities will examine the samples, adding that once they receive the results, they will deliver them to both the Chinese and foreign expert teams.

The samples were taken from the opening tube of a donor blood pouch, sealed, and then preserved, according to Liang. He said that the Chinese experts did “several assessments and evaluations on the testing methods and action plan”, which will be implemented once the two-year deadline expires.

It is believed that if properly kept, the samples could include key indicators of the first human antibodies against the disease.

According to Liang, even though the first reported Covid-19 case in Wuhan was dated 8 December, "our research and the previous related research papers of Chinese scientists fully sugges... December 8 is probably not the primary case. There might be other cases that occurred before".

Maureen Miller, associate professor of epidemiology at Columbia University told CNN that there is no doubt that blood bank samples will contain “vital clues”. She said that since many of these samples probably were taken from healthy individuals “they will represent asymptomatic cases… And as we've learned over the course of the pandemic, asymptomatic cases fuel the pandemic".

So, she urged China to allow international observers to witness the proceedings. According to Miller: "No one will believe any results that China reports unless there are qualified observers at the very least."

Similarly, Dr William Schaffner, from the Vanderbilt University Department of Medicine's infectious disease division, advised transporting the samples to Geneva or another neutral location to allow WHO experts to participate in the testing.

However, Huang said that it was uncertain to what extent the world would “trust the findings as credible or convincing," and the sample testing provided China with an opportunity to show that they are serious about depoliticising the investigation of the novel Coronavirus origin.