Chinese News Channel Says India Built A Helipad Near PP 14 In Galwan Valley, Uses Pictures To Back Its Claim 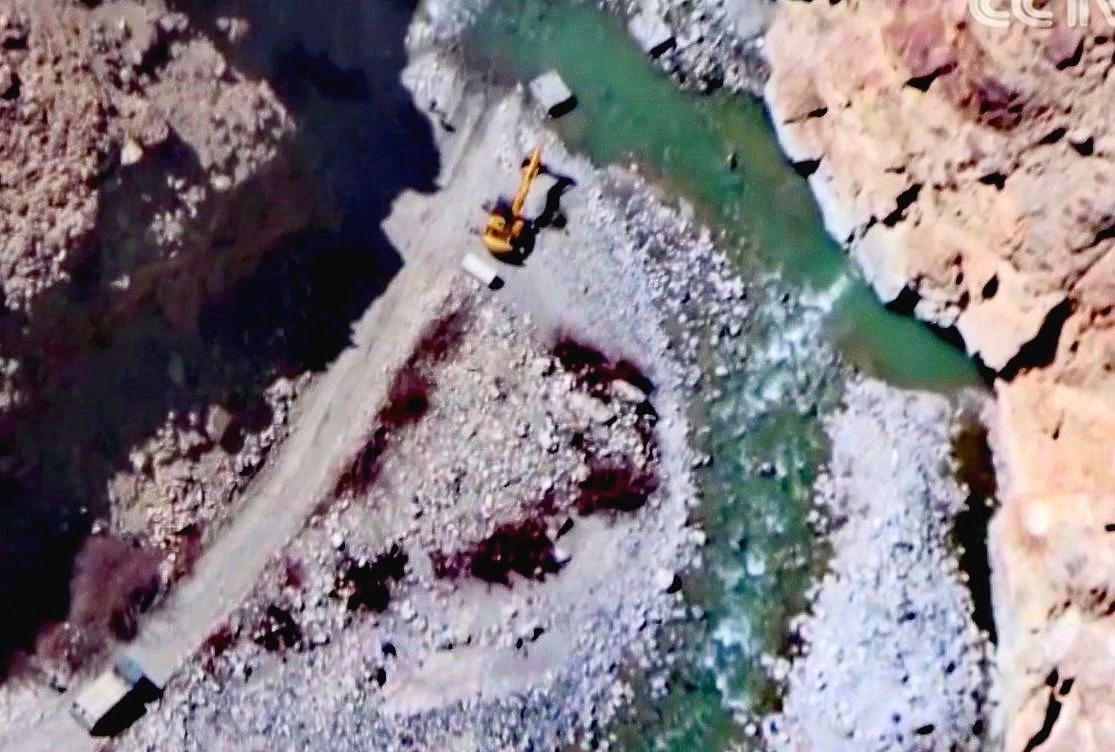 China Central Television (CCTV), a propaganda organ of the Chinese Communist Party, has claimed that the Indian forces in the Galwan River Valley had set up a helipad at Patrolling Point (PP) 14, using satellite images to back its claim.

PP 14, a point where the Galwan River bends west before flowing into Shyok, is where Indian and Chinese troops had clashed on 15 June.

One of the many undated satellite images used by CCTV to make its case shows letter ‘H’, used to mark helipads, on the Galwan River bend.

The Chinese channel has also aired pictures which it claims show Indian soldiers in the Galwan Valley crossing the river carrying what looks like a perforated sheet.

If the images aired by CCTV are authentic or not remains unknown.

The satellite picture of the site taken on 22 May shows a white structure while the one from 16 June shows the river-bend covered with debris.

The river-bend is tactically important as it allows the Indian side to observe the activities of the People’s Liberation Army on the Chinese side.

As part of the ongoing disengagement, Indian and Chinese forces have started moving a few kms away from this area, the site of the face-off. Both sides have agreed to create a temporary buffer zone around PP 14 as they engage in further discussions aimed at disengagement and de-escalation in eastern Ladakh.

Following the 15 June clashes at PP 14, India had accused China of trying to erect structures just across the Line of Actual Control in the Galwan Valley. The Chinese side has claimed that the “entire” Galwan River Valley belongs to it.

According to a report in India Today, which is based on ‘excerpts from minutes of one of the meetings between the two sides’, China has staked claim to territory up to 800 metres into the Indian side from PP 14.

The Indian Army, reports say, will resume patrolling up to PP 14 after the ongoing disengagement between Indian and Chinese forces is complete.