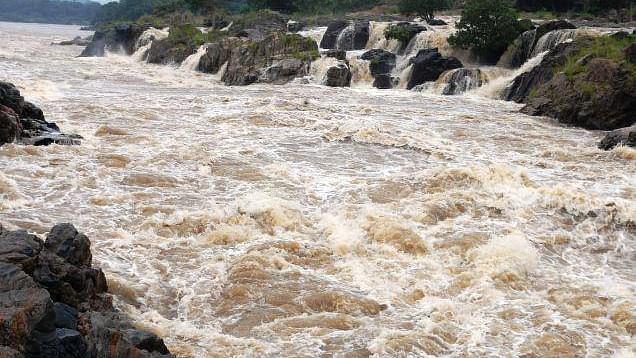 After Karnataka chief minister B.S. Yediyurappa directed the state water resources department to prepare an action plan to start work on the Mekedatu dam project, speculation is rife that a fresh round of confrontation is on the cards between Karnataka and Tamil Nadu.

Yediyurappa had on Wednesday called a meeting of the state water resources department and asked to prepare a road map. The Karnataka Chief Minister contended that Mekedatu dam will in no way harm the interests of Tamil Nadu and instead will help both the states.

Karnataka home minister Basavaraj Bommai told media persons on Wednesday that the chief minister has called a meeting of the legal and technical experts along with the water resources department officials and to immediately finalise a road map for the commencement of work to the Mekedatu dam project.

Bommai said that the next meeting to be held by the chief minister with the legal and technical experts will take a final call on that.

On Monday, Tamil Nadu water resources minister and senior DMK leader S. Duraimurugan had a detailed meeting with Union Jal Shakti Minister, Gajendra Singh Shekhawat and apprised him of the situation arising out of the Mekedatu dam project in Tamil Nadu.

Duraimurugan after emerging from the meeting told media persons that the union minister had assured him that no construction would take place in the Mekedatu dam without the consent and knowledge of Tamil Nadu.

It may be noted that after several rounds of confrontation between Tamil Nadu and Karnataka over sharing of Cauvery waters, the union government had constituted a Cauvery Water Management Authority (CWMA) on June 1, 2018 after direct intervention of the Supreme Court of India. The NDA government had drawn flak for delaying the constitution of the CWMA by the Apex court owing to Karnataka assembly elections.

The CWMA was constituted after several violent uprisings had taken place in both Karnataka and Tamil Nadu in which people lost their lives. The Supreme Court was approached by both Tamil Nadu and Karnataka regarding the release of water to Tamil Nadu and this has been a thorn in the relationship between the two southern states.

Political observers are worried whether this issue would go forward as one of major confrontation if both the sides stick to their respective antagonistic positions over the Mekedatu dam project.

C. Rajeev, Director of Centre for Policy and Development Studies, a think tank based out of Chennai, while speaking to IANS said, "The CWMA must immediately intervene in the matter and rope in experts from both sides under the supervision of the Supreme Court and bring about an amicable solution at the drawing-room and not allow the issue to go to streets as the days of confrontations are over and states should not lose time over fights and internal bickering. They should be more focused on the development of Human indices and uplift the life of the common man and not indulge in fighting on the streets."