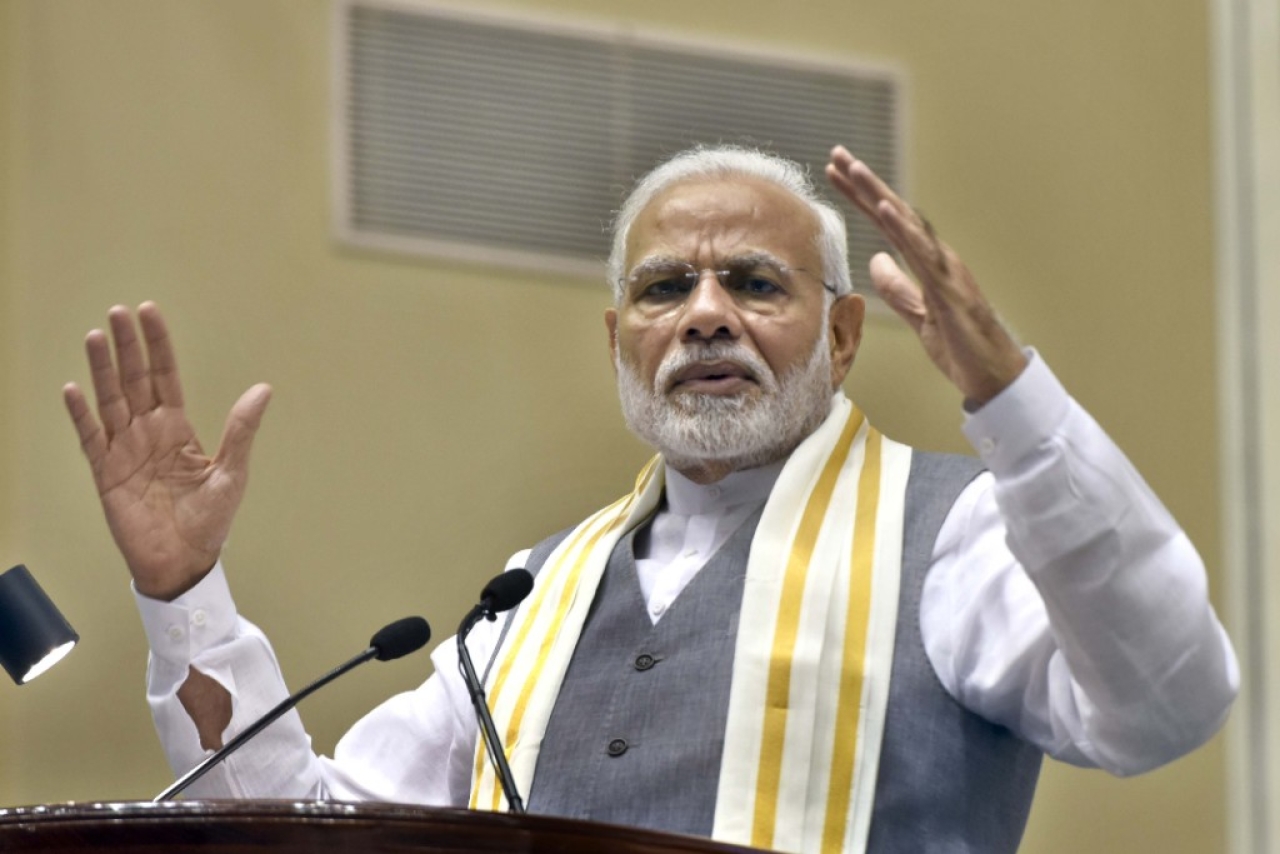 Prime Minister Narendra Modi interacted with people of Varanasi over a video conferencing session today (25 March) to discuss the problems and issues being faced by the common man during the Covid-19 spread in the country.

During the interaction, Modi warned against the habit of self medication among people. He appealed to people to consult doctors before taking medication and gave a mention to the disastrous instances of results of self medication that have taken place in parts of the world fighting Covid-19.

The interaction was motivational and was meant to address some important concerns from the common man. During the interaction, social activist Mohini Jhanwar raised her concern on issues being faced by healthcare workers and other frontline services staff and officials from sections of society, owing to the nature of their work amidst the Covid-19 threat and spread.

Responding to that, Modi mentioned the extraordinary tribute paid by the common Indian to the frontline warriors fighting the virus on Sunday during the Janata Curfew. He said that the small gesture has made a difference to our society where people have immense respect for healthcare workers, nurses and doctors.

Addressing the same issue, he said that it was an emotional moment for him to pen the letter of gratitude and thanks to the crew that airlifted Indian citizens from Wuhan. He gave a mention to the all women crew that powered the air lifting of Indians from Italy, in the midst of Covid-19 spread, recently.

He said that a negative attitude towards healthcare workers, nurses, doctors, workers from the aviation sector and workers involved in sanitation and swachchata drives, is hurtful and painful. He laid stress on the aspects of sanskriti and sanskar -- culture and values.

He appealed to people to warn the people seen indulging in negativity and errant behavior towards the valuable sets of workers involved in contributing to the fight and saving of lives, and those who are directly fighting the Covid-19 threat and spread.

Modi added that he has taken these incidents seriously and has taken up the matter with the home department and the DGPs. He said that the culprits will be dealt with in a serious manner. "Bahut mehenga padega," he warned.

Referring to nurses, health workers and doctors, he added that during these tough times, people wearing the white uniform who are working in hospitals are "Ishwar ka roop (a representation of the divine)", as they are working to save lives by putting their own lives in danger to fight the Covid-19 spread.

He said that excessive criticism, negativity and discouragement of some sectors should go during these tough times.

Dr Gopal Nath from BHU flagged concerns on the ills of self medication during the spread of Covid-19. In a response to observations made by him, Modi made an appeal to people to not go for self medication and to consult doctors before taking medicines.

Modi called for sensitivity towards all sections of the society and urged people to support nine families during Navratra to help them sail through these difficult times and the lockdown to fight the Covid-19 spread. He called for compassion: "Corona ka jawab karuna se," he said.