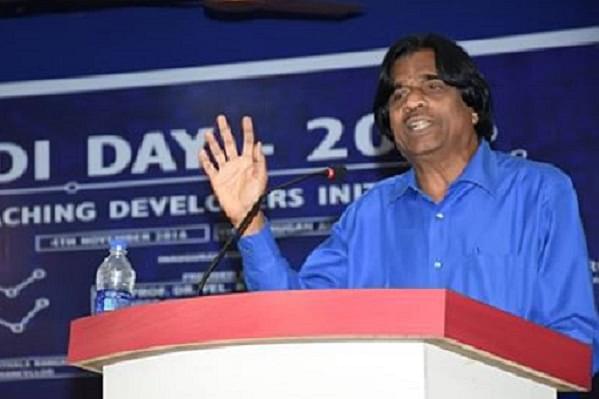 Balagurusamy, who was handpicked by the late Tamil Nadu chief minister J Jayalalithaa to head Anna University, has generally been supportive of NEP ever since the Centre came out with a draft notification.

In an open letter, he said NEP 2020 “is one of the most comprehensive and insightful documents ever written on the future of Indian education”.

The former vice-chancellor, also a leading educationist, said the false propaganda carried out against NEP 2020 was “politically motivated” or by those who lacked insight into the quality of education and its imperativeness for India in the contemporary academic scenario, national English daily The Hindu reported on its website.

“The best part of the policy is that the States have flexibility and freedom to customise it to suit their needs and constraints. Finally, we have an education policy that provides us change, choice and confidence,” Balagurusamy said.

Tamil Nadu Chief Minister Edappadi K Palaniswami has issued a statement saying the State will not allow a three-language formula as recommended in NEP 2020.

Ever since anti-Hindi agitations broke out in 1967, Tamil Nadu has been following only a two-language formula in government schools, where students are taught only Tamil and English.

Private schools, however, have been teaching Hindi too and this includes institutions run by DMK and AIADMK politicians, where Central Board of Secondary Education (CBSE) syllabus is taught.

Until 2010, Tamil Nadu had about 100 schools teaching CBSE syllabus, but now, the number of such schools has gone up ten fold.

On the other hand, there has been renewed interest among students in Tamil Nadu to learn Hindi.

Between 2010 and now, the number of students learning Hindi and writing the Dakshin Bharath Hindi Prachar Sabha exams has increased from two lakh to nearly six lakh.

No other State has witnessed such growth among students seeking to learn Hindi.

In June last year, Balagurusamy had said that a university has to offer various courses in different disciplines.

This had been the case originally, but then, suddenly, separate universities for engineering, medicine, sports and arts were established.

Then, he found fault with the creation of Anna University for engineering colleges, saying it was a wrong move.

Pointing out that the NEP had numerous exceptional recommendations, he said it needed the support of all sections of the people.

“The (NEP 2020) policy intends to integrate the Indian education system with the global patterns, do-away with ‘rote learning’ and instill confidence and nationalistic pride among students,” he wrote.

The new education policy would provide far-reaching reforms in all levels of education, starting from pre-school to higher education and address critical issues, the former Anna University vice-chancellor said.

In particular, he pointed out various recommendations from Early Child Care Education to the reforms in the higher education sector.

Recommendations to set up new institutions, restructuring universities, granting autonomy to colleges, introducing liberal education, focus on skill development along with multi-exit and multi-entry degree programmes were path-breaking, he said.

However, a point worth noting is that Balagurusamy had opposed Hindi imposition in June last year when the draft notification was published.

IANS quoted him as saying: "I am not opposing Hindi. But there should be an option for the students to choose an Indian language to learn and not just Hindi."

Then, he had also found fault with the Centre for asking former Indian Space Research Organisation Chief K Kasturirangan to head the NEP committee.

He said it should have been headed by an academician.

He had also lamented that though various governments had come out with at least seven education policies since Independence, none was implemented.

Balagurusamy’s open letter welcoming NEP 2020 and terming it “comprehensive and insightful” should take the sting out of the attack by major Tamil Nadu parties led by AIADMK and DMK.