Explained: How Europe Is Dealing With COVID-19 Third Wave Amidst ‘Pandemic Fatigue’ 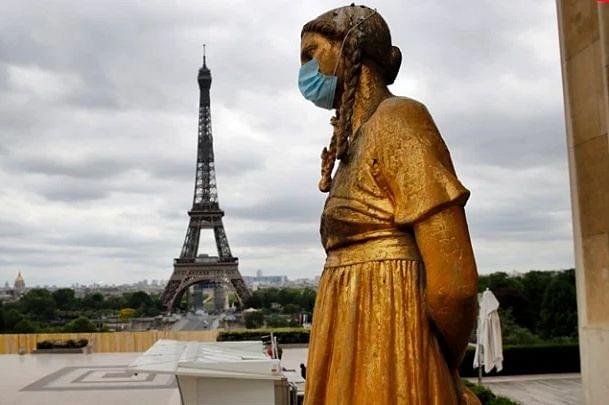 The third wave was blamed on the new variants of the virus, especially the UK variant that spread fast in Europe; a shortage of vaccines; and the weakening of the lockdown measures. COVID-19 infections, hospitalisations and deaths rose in many countries.

Within two weeks in early April, the number of recorded new cases in France had risen 55 per cent, in Belgium by 95 per cent and in Netherlands by 48 per cent. In a similar timeframe, in Germany, they had risen 75 per cent.

You will find more infographics at Statista

For a time, in the Central Europe, the Balkans and the Baltic states, the case incidence, hospitalisations and deaths were among the highest in the world. As per WHO, around 20,000 people were dying from COVID-19 per week in Europe – higher than what it was in 2020.

Readers can compare the progress of COVID-19 third wave in different European countries in the below infographic by Financial Times:

The experts blamed the slow rollout of the vaccines in these countries as compared to the rapid rollout in Israel, the UK and the US. There were also tensions between the UK and the EU, and between the EU members themselves over vaccine allocations.

Reportedly, EU had ordered 300 million doses of the Pfizer-BioNTech vaccine but delivery was delayed because the plant was refurbished to increase production in the longer term.

Oxford-AstraZeneca’s vaccine also faced hurdles. While the company blamed the supply chain issues at its plants in Belgium and the Netherlands, EU argued that the company prioritised UK for deliveries. It also got mired in controversy over blood-clotting effects, which were eventually resolved.

Until the vaccination, the European countries had to rely on social distancing, lockdown and test and trace systems. However, the national leaders were reluctant to impose lockdowns as people were aggrieved by the ‘pandemic fatigue’.

Martin Blachier, an epidemiologist at Paris-based Public Health Expertise, a consultancy was quoted as saying in April by FT: “The German and French governments just realise it’s impossible to lock down the country. People are going crazy so they don’t want to stay at home.”

Eventually, the governments were forced to impose lockdown measures as the infections, hospitalisation, and deaths increased.

As the month of May inched closer, Europe saw a decline in the number of cases. The national governments have recently relaxed the lockdown measures, albeit cautiously.

In the last week of May, Europe saw the largest decline in new COVID-19 infections and deaths compared with any other region, as about 44 per cent of adults had received at least one dose of vaccine.

Some countries are still experiencing a positive weekly case change percentage like Iceland (173 per cent); Portugal (20 per cent); Russia (6 per cent); UK (32 per cent). Overall, Europe has seen an 18 per cent decline.

The certificates will facilitate safe free movement of citizens in the EU during the COVID-19 pandemic. Since the idea was revealed on 17 March, the European Commission has worked closely with the member countries to bring it to life.

However, the experts warn the countries to still be cautious against new variants.

“Relaxing measures prematurely has contributed to the surge we have seen throughout 2020 and during the first quarter of 2021,” Dr Michael Ryan, WHO’s chief of emergencies, warned, “We must stay the course while striving to increase vaccination coverage.”