Explained: ‘NISARGA’ And Everything You Need To Know About Tropical Cyclones 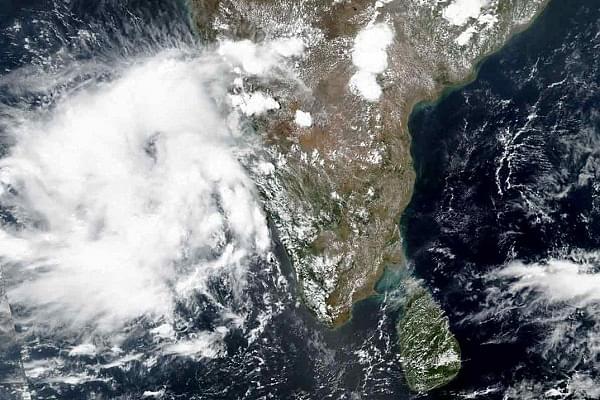 The cyclone hit Mumbai and was expected to move towards Thane and Palghar, but it curved to east towards Pune.

By the late evening, Indian Meteorological Department said that the 'Nisarga' was moving north-east and likely to impact Nashik, Dhule and Nandurbar districts, which witnessed showers with gusty winds.

How are cyclones formed?

There are broadly two types of cyclones — temperate and tropical.

The temperate cyclones are formed in the middle and high latitudes (35° to 65°) in both the hemispheres due to complex interaction of air masses of different temperatures (hot and cold).

These air masses don’t just bump into each other head-on, but under the influence of Coriolis force — the force exerted due to the rotation of the earth. This interaction often results in formation of heavy-rain causing clouds and strong winds.

The formation of the tropical cyclones is temperature driven. They are rapidly rotating violent storms driven by the heat energy with a closed low-pressure centre and steep pressure gradients.

Oceans having water temperature higher than 27 °C and sufficient depth of the warm water serve as the source of this heat energy.

A low pressure centre develops on the ocean with rapidly converging winds from all directions. Under the influence of the Coriolis force, the winds carry out cyclonic motions around the centre where hot moist air rapidly moves upwards.

Cyclones this time of the year and hitting Maharashtra are uncommon, then why this year?

As compared to Bay of Bengal, the Arabian Sea is much much less prone to cyclones. The ratio is 4:1. This is because:

However, last year, the Arabian Sea saw the most frequent and intense cyclonic activity in more than 100 years. Five cyclones originated in the area in 2019 — Vayu, Hikka, Kyarr, Maha and Pavan – as opposed to the normal of one or two.

Last year, scientists had identified El Nino-Modoki conditions prevailing in the tropical Pacific when the central region of the ocean warms up more than usual. El Nino Modoki years are conducive for cyclone formation over the Arabian Sea.

Scientists at IMD said that a strong Indian Ocean dipole supported the cyclone formation by warming the west Indian Ocean and Arabian Sea. The cross equatorial also aided the formation of cyclones.

What determines the path of a cyclone?

At around 30° latitude, they turn eastward because of westerly winds. Beyond this, cyclones encounters cooler waters and subside.

A tropical cyclone may also continue moving westward instead of turning east (Cyclone Gaja in 2017, for example, crossed over from Tamil Nadu coast to Arabian Sea).

Are all cyclones dangerous?

Cyclones bring with them strong winds, heavy rains and large storm surges that eventually lead to loss of life and property.

The IMD categorises the cyclones as follows:

Cyclone Nisarga at Maharashtra coast was classified as a severe cyclonic storm by the IMD.