Explained: Why ‘Vanilla Islands’ In South West Indian Ocean Are Important For India 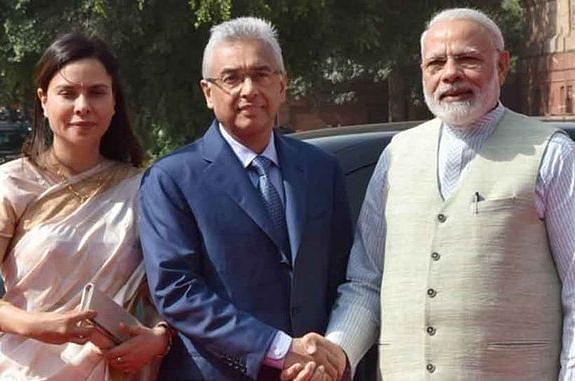 On Thursday (10 October), Vice President Venkaiah Naidu departed for a five day visit to the Comoros and Sierra Leone with the goal of deepening ties with the African subcontinent.

The Comoros island is a part of ‘Vanilla Islands’, with whom India is seeking to increase its engagement.

What are the ‘Vanilla Islands’

Vanilla Islands is a grouping of six island nations in south-west Indian Ocean who joined hands in 2010 to integrate their efforts to boost tourism. Mayotte, Comoros, Mauritius, Seychelles, Reunion and Madagascar are its members.

The term ‘Vanilla’ is used because these countries are known for their export of the flavouring substance Vanilla.

Madagascar is an island country situated approximately 400 kilometres off the coast of East Africa. A former French colony, Madagascar is one of the least developed nations of the world. It is a member of the the African Union (AU) as well as the Southern African Development Community (SADC). A small Gujarati merchant community exists here.

Comoros is a small island nation situated in the warm Indian Ocean waters of the Mozambique Channel. It is a volcanic archipelago with the largest city and capital at Moroni. Arabic and French are the two official languages.

Mayotte is a part of Comoros archipelagio but France-administered territory situated in the Mozambique channel. It is the southernmost Muslim-majority territory (not a country as it is a part of France) in the African continent.

Reunion is another French territory located east of Madagascar. It has substantial presence of Indian origin people due to indentured labour from South India as well as Gujarati Muslim merchants. The Roman Catholicism is the religion of the majority while Hindus make up 6.7 per cent of the population.

The Republic of Seychelles is an archipelago country in the Indian Ocean with 115 islands. Excluding the French regions, Seychelles has the highest nominal per capita GDP in Africa. It has high Human Development Index (HDI) and is classified as a high-income economy by the World Bank.

Seychelles had no indigenous inhabitants and most of its present day population consists of African, French, Indian and Chinese origin people. A majority of the population of Seychelles follows Christianity.

Hindus comprise of 2.4 per cent of the Seychelles population and Hinduism has seen a rise in the country with formation of Seychelles Hindu Kovil Sangam in 1984. In May 1992, the Navasakti Vinayagar Temple was consecrated. In 1998, the Seychelles government declared Taippoosam Kavadi Festival a national holiday.

Mauritius also has substantial presence of Indian diaspora. The island nation was formerly under the control of the Dutch, the French as well as the British, and got its independence in 1968.

Mauritius has highest HDI in the Africa and ranks highly on economic development. It also has the highest population density in Africa. Around 50 per cent of the Mauritian population follows Hinduism, mostly Biharis with Tamil, Telugu and Marathi minorities, followed by Christianity (32.7 per cent), and Islam (17.2 per cent).

Why Vanilla Islands are important for India

As India, China as well as other countries eye the resources of Africa, the islands situated on important sea lines of communication (SLOC) have become strategically important. This importance is further increased by China trying to increase its footprint in the Indian Ocean region.

Important European countries like France, Britain and US maintain presence in the Indian Ocean through the territories in this region.

Apart from strategic cooperation, India also finds a convergence of goals in the islands’ insistence on global measures to arrest climate change and developing Blue Economy grounded in the sustainable use of the resources of the ocean.

The islands have presence of Indian diaspora, giving it a certain leverage, and shared history of a colonial past with India. Island nations like Comoros and Mauritius are embroiled in a territorial dispute with former colonial powers, and India’s place in the history of decolonisation increases its soft power.

The islands can also become a channel for India to communicate to other important countries and groupings. For example, Comoros is a member of Arab League as well as Organisation of Islamic Cooperation.

Often small island nations like Mauritius are used for tax evasion- Base Erosion and Profit Shifting- therefore, better information exchange and coordination is warranted with the countries.

Also, as terror group expand their reach to smaller states and South Asia, India and the island nations will need to collaborate in counter-terror operations, a lesson driven home by the ghastly Easter Bombings earlier this year in Sri Lanka.

In his first term, PM Modi-led government formed a separate Foreign Office for Indian Ocean Region comprising of Sri Lanka, Maldives, Seychelles and Mauritius. It is important that the rest of the Vanilla Islands are also included.

With past visit of President Ram Nath Kovind to Madagascar, and current visit of Vice President Naidu to Comoros, India is set to deepen its ties with Vanilla Islands.