For Congress, Everything That Can Go Wrong Seems To Be Going Wrong Ahead Of Haryana, Maharashtra Polls 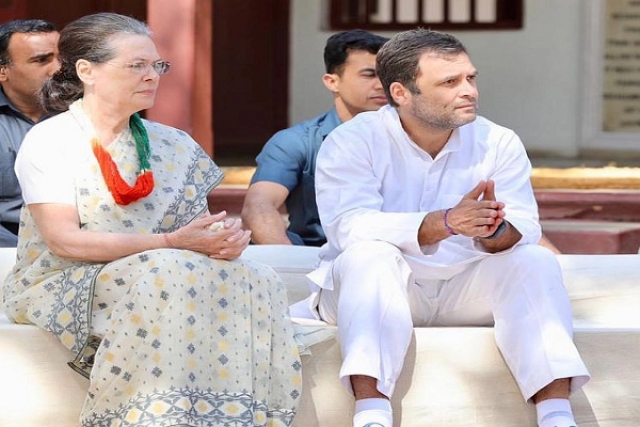 Assembly elections for the crucial states of Maharashtra and Haryana are all set to take place on 21 October and the Congress party currently finds itself in a lot of trouble.

Its former president is said to be touring in Bangkok while it faces rampant dissent among its ranks in the run-up to the polls.

Opinion polls have predicted that the incumbent BJP is expected to sweep both the states and storm back to power.

As per an ABP-C Voter survey, the BJP single-handedly may reach the majority mark even without Shiv Sena’s help in Maharashtra and in Haryana it may get a vote share of 48 per cent - Chief Minister Manohar Lal Khattar is confident of winning over 75 out of 90 seats in the state.

The situation though looks dire for the Congress in both the states. In Haryana it is expected to come a distant second with a 13 per cent vote share and in Maharashtra it may win just 55 seats - way off the 145 majority mark.

This may be unpalatable for some Congress loyalists as not long ago both the states used to be strong party bastions.

Now in recent days Mumbai Congress leader Sanjay Nirupam has openly rebelled against the party by refusing to campaign as it did not agree to his candidate recommendation for the polls.

In Haryana the situation isn’t much better for the party as its former state unit head Ashok Tanwar quit the party on Saturday (5 October).

Tanwar had been sulking ever since he was removed from the post of Haryana Congress chief last month and had staged a protest along with hundreds of his supporters outside the residence of party's Interim president Sonia Gandhi.

Now besides Tanwar, former Haryana finance minister Sampat Singh has quit the party after claiming that he has been sidelined.

One of the biggest embarrassments for the party came a few days ago when media outlets reported that senior party leader Rahul Gandhi had left the country to tour Bangkok.

This led to a high-profile dissent among the party ranks with senior party leader and former Union Minister Salman Khurshid saying that the biggest problem the party faces currently is that its leader walked away.

“We have not really got together to analyse why we got defeated. Our biggest problem is our leader has walked away. It has kind of left a vacuum,” Khurshid said.