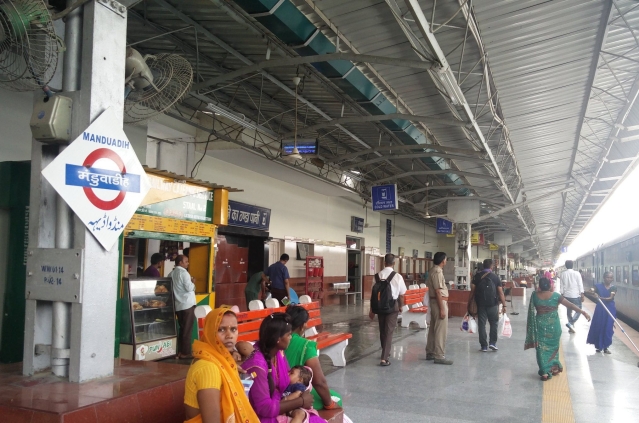 In the wake of the Covid-19 threat and spread, the Ministry of Railways has made an appeal for social distancing. It has urged people to avoid unnecessary travel to ensure the safety of the public and travellers.

Earlier today, there were instances of the Railways finding out that some passengers who travelled on trains last week were later found positive for Covid-19.

There was also a case of passengers defying the mandatory home quarantine mark to travel on a train.

The Railway authorities took immediate action against the two travellers defying the quarantine to travel on the Delhi bound train.

Railways has found some cases of Coronavirus infected passengers in trains which makes train travel risky. Avoid train travel as you may also get infected if your co-passenger has Coronavirus. Postpone all journeys and keep yourself and your loved ones safe.

On 21 March, the Ministry of Railways said on Twitter that four passengers travelling in a coach on Mumbai-Jabalpur Godan on March 16 have been tested positive for coronavirus. It said that these passengers had arrived from Dubai last week. All concerned had been alerted to take necessary action.

Earlier today, the Ministry of Railways had tweeted that two passengers marked for the mandatory home quarantine were found travelling on the Bangalore-Delhi Rajdhani Express. They were deboarded from the train and the entire coach was sanitised.

In another post on Twitter, the Ministry of Railways mentioned that 8 passengers travelling on the Ramgundam bound Sampark Kranti Express were found positive.

The Ministry also urged people to ensure that they do not have a fever and other possible symptoms of Covid-19, such as difficulty in breathing, and cough etc. before travelling. It advised citizens to inform railway employees in case they noticed such symptoms. It said on Twitter, “Such cases are being found on Railways. Public is requested not to travel on passenger and long distance trains unless absolutely necessary. Be safe and keep others safe.”

Perhaps prompted by the need to spread awareness on the ills of travelling out of panic, or the want for leaving the cities and towns for the native place in the wake of Covid-19, Member of Parliament Delhi (North-East) Manoj Tiwari made an appeal to people to avoid travelling on trains to fight the spread of Covid-19.

Tiwari mentioned the overcrowding of train platforms and trains and said that travelling on trains, currently, in the wake of the Coronavirus spread, especially out of a sense of panic, would not be conducive to personal and public health.

Steps are being taken by the Indian Railways to curb the spread among travellers. The Ministry's handle tweeted about Northern Railways workshops rising to the occasion and created sanitizers and masks on their own to beat the shortage and fight coronavirus.

On the other hand, South Central Railways mentioned on Twitter how passengers at Passenger Reservations System (PRS) Complex in were prompted to maintain social distancing to book tickets.

Similar posts from other stations have been shared. This has been done with the help of special floor markings at the Secunderabad booking counter.

Help desks dedicated to Covid-19 awareness and related issues have been established at stations.

Minister of Railways Piyush Goyal said on Twitter that all steps towards ensuring the safety of citizens are being taken. He gave a mention to the sanitising and disinfecting of trains.

A report in the Hindu said that chaos was reported at Mumbai stations as ‘daily-wage labourers, students and staff at the city’s educational institutions are making a beeline for the first train home’.

There has been a sudden surge of passengers from Mumbai and Pune to destinations in the East and North in the wake of COVID-19. We are monitoring the situation closely and will add more trains if the situation demands it.