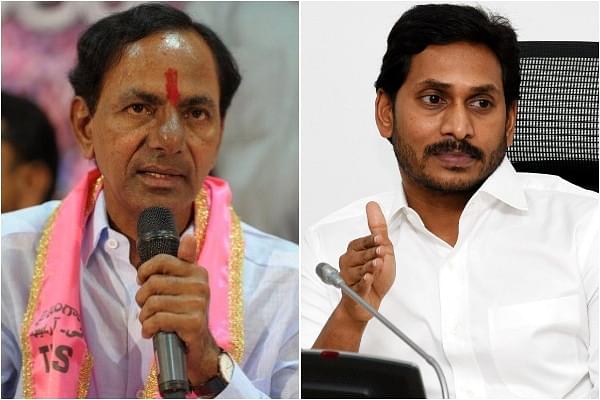 Andhra Pradesh and Telangana are locked in a controversy over sharing Krishna river waters with Telangana Chief Minister K Chandrashekar Rao saying the issue will now head to the Krishna River Management Board (KRMB).

The dispute is over the decision of Andhra Pradesh government, headed by Y S Jaganmohan Reddy to draw three TMC (thousand million cubic) feet of water from the Srisailam project through lift irrigation scheme.

Rao is upset since Andhra Pradesh has decided to go ahead with the scheme unilaterally as it affects the interests of his state.

Rao said any project taken up in either of the states, it is mandatory for the respective state to get the approval from an apex committee set up for this purpose. The committee consists of the Union Minister for Water Resources and the chief ministers of the two states.

“The water in Srisailam project belongs to both the states, but Andhra is going ahead unilaterally,” Rao said, pointing out that any diversion of Krishna water then erstwhile Mahbubnagar, Nalgonda and Rangareddy districts would face irrigation and drinking water problems.

It is for this reason that he has asked his officials to approach the KRMB, Rao said, adding that he would not allow Andhra Pradesh to go ahead with the project.

Rao said he had taken the initiative to make use of river waters in the interest of farmers, without considering to which basin the water belongs, but Andhra Pradesh had ignored the spirit of cooperative federalism.

The unilateral decision of the Y S Jaganmohan Reddy government in Andhra Pradesh could now affect mutual understanding between the two governments.

The Telangana Chief Minister has also asked his officials to petition the Supreme Court seeking remedy on the share of the state in the Krishna water. The issue is currently pending before a tribunal.

The Andhra Pradesh government has not reacted to Telangana’s move yet.