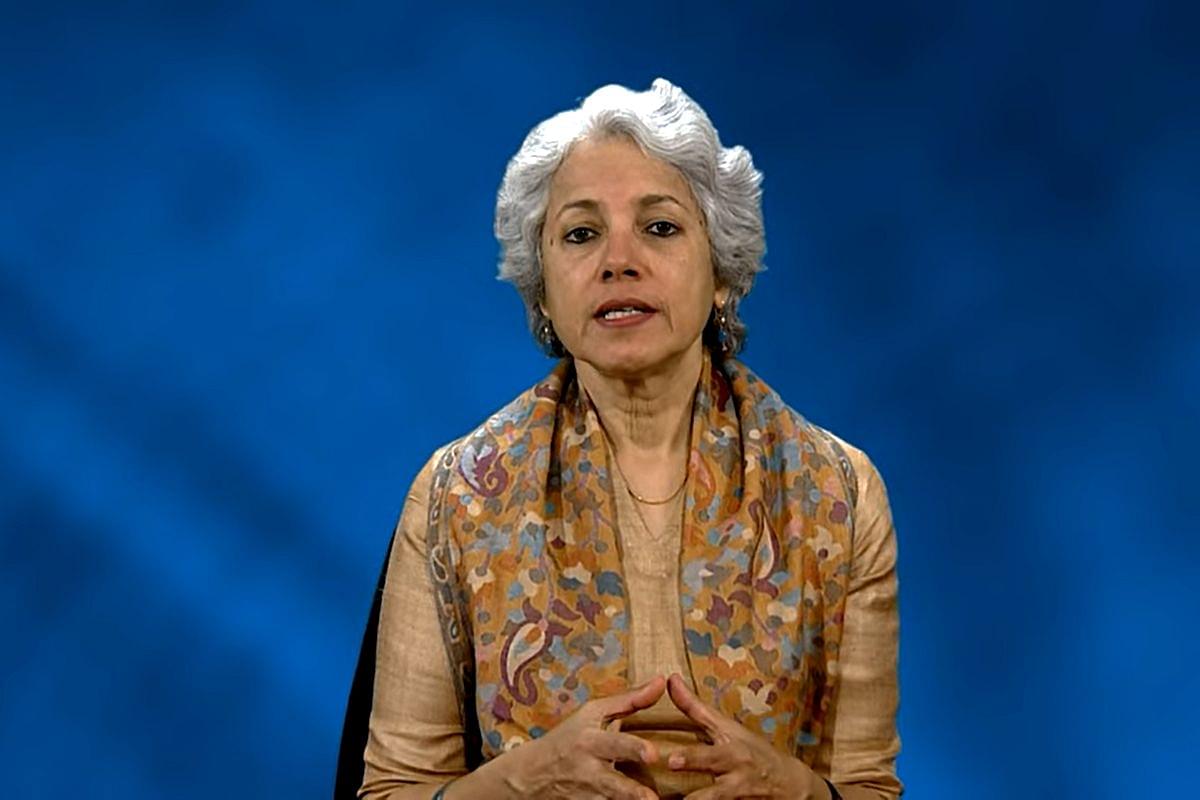 Dr Soumya Swaminathan, the chief scientist at the World Health Organization (WHO), warned on 15 November during an interview that a global increase in Covid-19 cases is likely. She added that WHO has been emphasising that vaccination is one tool against the virus, but that is not the only tool; however a complete course of immunisation can provide year-long protection.

As in India, Covid-19 cases have dropped to the lowest level since March of 2020, the WHO expert was asked what this situation indicates at a time when some countries are still suffering.

While talking to CNBC-TV18, she acknowledged the fact that some countries around the world are facing a surge in infection numbers, specifically in Europe.

“Many countries in Western Europe are seeing a surge in infections, some increase in hospitalisation due to a number of reasons… but not a significant increase in deaths. So, an uncoupling between infections and deaths, largely because the vulnerable groups have been almost entirely vaccinated," Swaminathan noted.

According to the WHO scientist, “that is, people above 60, people above 70. Then you have another group of countries, mainly Eastern Europe, very worrying scenario, where vaccination coverage rates are somewhere in the 30 to 40 per cent range. Here, you are seeing not only increasing cases, it is still the Delta variant across the region.”

“But this is translating into increased deaths, similar to what we have seen in previous waves before the vaccination started,” she added.

However, in the case of India — which on 16 November reported 8,865 coronavirus cases, lowest in 287 days, with 197 deaths — Swaminathan said citing SERO surveys conducted by the Indian Council of Medical Research (ICMR) that it can be assumed that “a large part of the population was exposed, had antibodies, the natural infection does generate immunity, but it is variable immunities”.

“In some people, it is strong, it can last for a long time. In others, it may be not that strong. In about 10 to 20 per cent of people, you can't even detect antibodies after infection,” she explained.

So, according to her, this is where anti-Covid-19 immunisation is important and a full course of vaccination can provide people with the assurance that they will be protected for a longer period.

Swaminathan further stated that the vaccination is projected to be effective for at least a year, if not longer, in the majority of adults.

“The new evidence that is coming out seems to suggest that vaccine-derived immunity will stay for a long time, even if the level of antibodies in the blood starts declining… But for the majority of healthy adults, a course of vaccination should be good protection for at least a year, possibly, possibly longer," she noted.

Additionally, the WHO expert stated that while the idea of a booster dose and mix-and-match vaccination is intriguing, more research is needed before a conclusion can be reached. She went on to say that it needs to be decided whether booster doses are still required, as well as who will get the additional dose.

Two weeks after Covaxin received emergency clearance — regarding which the UN health agency had to face a massive amount of criticism due to the delay — Swaminathan defended the vaccine's approval procedure while saying that independent scientific and technical methods should be respected.

“The time taken for EUL (emergency use listing) from the submission of the full data set has ranged from 45 days to 165 days and Covaxin came in at about 90 days. It has not been the vaccine that took the longest but we have to respect these independent scientific and technical processes,” she said.

During the interview, Swaminathan said that this week, India will resume supplying COVAX countries with the Covid-19 vaccine.

Covishield doses — the Indian version of Oxford-AstraZeneca jab — should be distributed to COVAX countries this week by the Serum Institute of India (SII), according to Swaminathan. She anticipates that 30-40 million doses of Covishield will be available by the end of the year.

She also expects that more vaccines developed in India would be included in the supply chain in 2022. SII's Novovax vaccine Covovax, the Biological-E vaccine, Gennova Biopharma's mRNA vaccine and Zydus Cadila’s DNA vaccine are among them.

According to her, as soon as the data is available, these companies should begin submitting data to the WHO for emergency use listing.