Why Some Eminent Artistes Have Received Eviction Notices In New Delhi 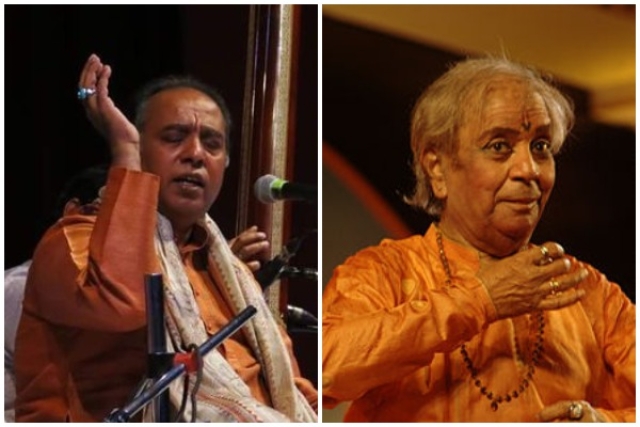 Among the artistes and families of artistes who have received the notices are exponents of performing arts who are known for their contribution to the country's living heritage -- of dance and music.

They are Pandit Birju Maharaj, Ustad Wasifuddin Dagar, Mohiniyattam exponent Bharati Shivaji, and others who are recipients of the Padma awards and the Sangeet Natak Akademi awards.

Sections of the media and artistes have decried the move, mentioning the contribution of the artistes to the nation, and the ongoing Covid-19 pandemic.

Reportedly, Sanskar Bharti has urged the government to give the move a rethink.

A committee from Sanskar Bharati, the organisation affiliated to the RSS, has requested Union Culture Minister Prahlad Patel to reconsider the move and formulate a housing policy.

Patel had earlier said that the artistes have been given time till December 31, 2020, to vacate the accommodations, failing which, they will have to pay the outstanding dues for these accommodations.

He added that if they vacated their homes within the deadline, then the dues will be waived off.

The Telegraph has quoted him as saying: “(Any new) policy on who should be accommodated will be framed later, after they have vacated (the houses). Where do new artists who really need homes go? If an MLA or MP sticks to one place, then what happens to others? The rules are the same for all.”

He is reported to have said that the Cabinet Committee on Accommodation (CCA) has decided to waive the liability (penalty for the overstay) if they vacate. If they don’t vacate the accommodations, then commercial rates will apply.

The accommodations have been occupied since the 1970s by many award-winning artistes following the different art forms on the Culture Ministry’s recommendation.

As per rules, these artistes have to be of ages between 40 and 60. These artistes were allotted government accommodation at "nominal rents". The terms of three-four years were renewed.

Out of the 40 such accommodations, 21 are said to be occupied and 14 of these are in Asiad Village (in south Delhi).

The move is said to be in alignment with the government's decision to phase out all kinds of quotas in accommodations given to artistes, sportspersons and journalists -- since 2014.

The government, as per reports, has been sending notices regularly to the artistes who still occupy the accommodations -- that are flats in the heart of New Delhi.

The dues, as per an official quoted in the Indian Express report “are running into crores”. This report says that the total penalty amounts to Rs 32.09 crore.

Reportedly, as per the ministry, some artistes have passed away. Their "heirs" are not the original allottees.

Yet the members of the artistes' family continue to live in the quarters and many use the government accommodation "illegally" for "commercial purposes" such as "running music schools".

Families of artistes who are no more (such as exponents of classical music, Ustad Ghulam Sadiq Khan, Ustad Sabri Khan and Ustad Asad Ali Khan) are among those who have been asked to vacate the accommodations by December 31, 2020.

The Union Housing and Urban Affairs Ministry (through the Directorate of Estates) allots accommodations to eminent artists on recommendation of the Culture Ministry. These accommodations are initially allotted for three years.

Extensions have been given to artistes over the years. The last expired in 2014.

"The houses had been allotted to those with monthly income of less than ₹20,000 and between the ages of 40 and 60" -- as per this report.

As per reports, any further extension in the deadline will be decided by the CCA and the Ministry of Culture doesn't have a role to play in that. The houses, when vacated, will be allotted to central government employees as per the new policy.