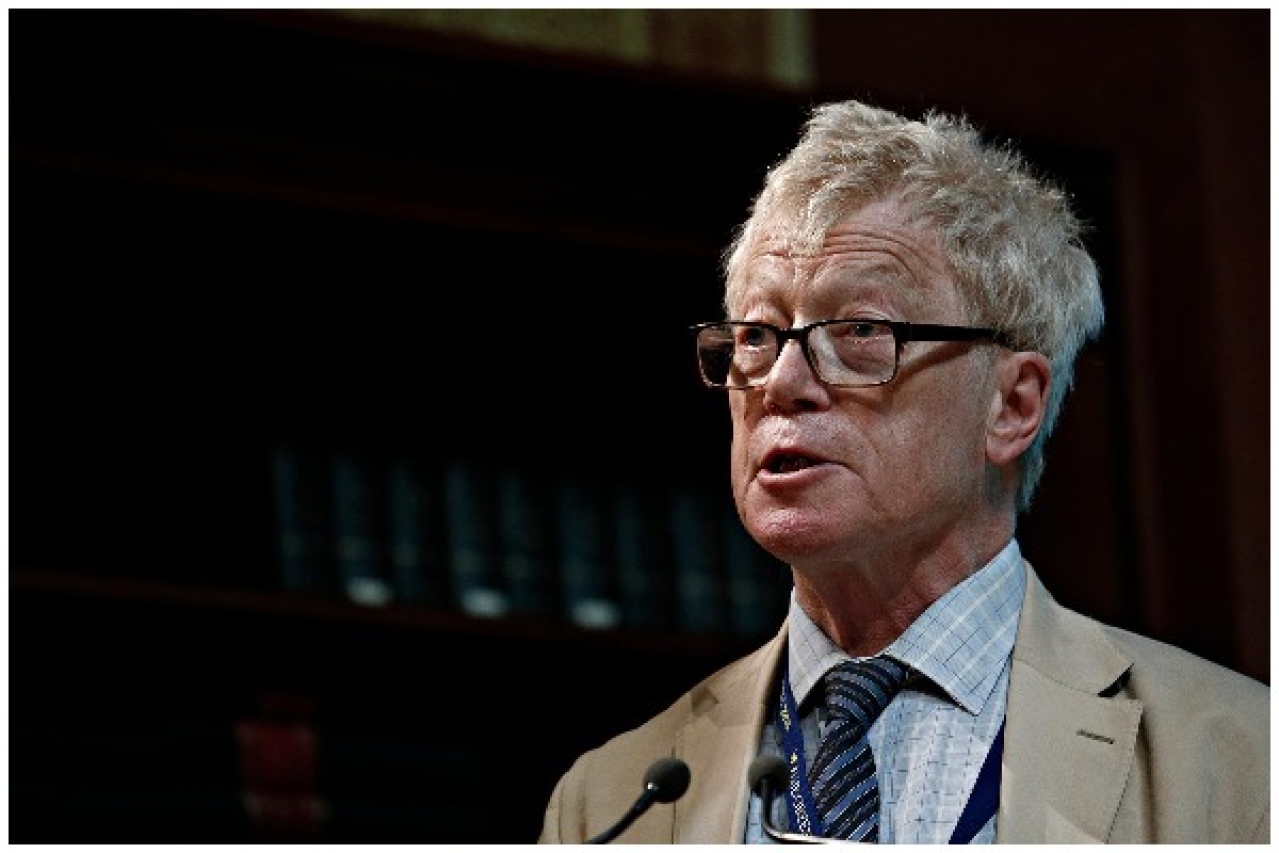 Penning an obituary is an act of expressing gratitude, and an attempt to dive into the depths of memory and relive the best moments of one’s life.

One passes through a mixture of emotions, ranging from a deep sense of loss, to a feeling of gratefulness towards fate for allowing one to have come across such a wonderful person who turned out to become an important episode in one’s life.

Sir Roger Scruton, an original thinker, philosopher, a British public intellectual, and a polymath in the true sense of the word, was rightly regarded as the greatest conservative intellectual of our age.

A man having as great a humility as were his achievements, he was an ideal academic that one seeks to look up to. An author of more than 50 books on a whole spectrum of themes as diverse as aesthetics, architecture and environment, Scruton was a man of towering intellect.

He was a truly formidable proponent of the conservative school of thought, his intellect matching that of none other than Sir Edmund Burke, popularly known as the ‘father of modern conservatism’.

One can only call it an act of destiny and the cosmic display of the intertwined intellectual lives of Burke and Scruton that the latter breathed his last and died in peace on 12 January 2020 which also coincidentally marked the 291st birth anniversary of Burke.

Scruton was born on 27 February 1944, at Buntingsthorpe, Lincolnshire in England. He got his education from Royal Grammar School at High Wycombe and later at Cambridge. He served as a professor of philosophy at several institutions, including Birkbeck College in London and the University of Buckingham.

Although he did have left-sympathetic political alignments initially as a young student, considering much of it influenced by his working-class father’s detest for the upper classes (something which Scruton has discussed often), Scruton did realise early on in his academic life as a student the futility of Leftist political narratives.

He was struck with dismay and horror after being witness to a violent protest by leftist students at Paris in 1968, which he regarded as the turning point of his life.

Later on, he remarked,

I suddenly realized that I was on the other side. What I saw was an unruly mob of self-indulgent middle-class hooligans. When I asked my friends what they wanted, what they were trying to achieve, all I got back was this ludicrous Marxist gobbledegook. I was disgusted by it, and thought there must be a way back to the defence of western civilization against these things. That’s when I became a conservative. I knew I wanted to conserve things rather than pull them down.

Scruton went on to set up an unparalleled legacy in the field of conservatism. He established the Conservative Philosophy Group in 1974, bringing together several conservative thinkers from various professions in order to strengthen the narrative of conservatism and provide it with proper roots in British politics.

He was also the founding editor of Salisbury Review, a quarterly journal set up in 1982 by him under the aegis of the Salisbury Group, for providing a platform to voice conservative opinions.

He “also began visiting dissidents in Communist Czechoslovakia, smuggling in books, offering courses in suppressed subjects and banned artists. In 1985 he was detained in Brno before being expelled from the country. After the fall of Communism, Vaclav Havel, the dissident-turned-president, awarded Sir Roger the Medal of Merit.”

Referred by many political adversaries as the “thinking man’s skinhead”, Roger Scruton was one of the staunches critics of the Left and had become “a lightning rod for abuse from the political left”.

Being someone who had faced academic boycott and mobbing throughout his life, Scruton was an ardent supporter of free speech. He faced the wrath of the Left till the end of his life, most recently in 2019 for allegations of racism being brought against him.

Yet the patient conservative within him never gave up and never lost hope. Scruton recalled the year of 2019 as such:

During this year much was taken from me - my reputation, my standing as a public intellectual, my position in the Conservative movement, my peace of mind, my health. But much more was given back: by Douglas Murray’s generous defence, by the friends who rallied behind him, by the rheumatologist who saved my life and by the doctor to whose care I am now entrusted. Falling to the bottom in my own country, I have been raised to the top elsewhere, and looking back over the sequence of events I can only be glad that I lived long enough to see this happen. Coming close to death you begin to know what life means, and what it means is gratitude.

The most fascinating feature about Scruton’s intellectual prowess was the depth of knowledge that he had of the subject he would be dealing with.

The truth of this statement, by no means, is restricted to the subjects and ideologies that he worked in support of, but also applies equally to those that were subjected to a thorough examination and scrutiny by him.

This quality is what puts Scruton into a league apart from other public intellectuals. His book Fools, Frauds and Firebrands: Thinkers of the New Left is a testimony to the fact that he never dismissed the claims of the thinkers that he critiqued without first giving a complete consideration to their argument.

What is even more interesting is the fact that Scruton favoured relying on the opponents’ narratives themselves in order to expose their hollowness and fallacies. He always preferred engaging with the subject at hand in depth, and this made his critiques all the more devastating.

Scruton seemed to know almost everything about every subject. He had the most desirable hallmarks of a proficient academic.

Above all, Sir Roger Scruton’s most important achievement was a coherent theorising of conservatism and giving all the conservative ideologues, thinkers and believers their lost voice.

It was the articulation of conservative thought which came as the biggest challenge before its proponents, and Scruton helped all the students of the conservative school embrace and overcome it peacefully.

He rightly stated that,

When pressed for a statement of their beliefs, conservatives give ironical or evasive answers: beliefs are what the others have, the ones who have confounded politics with religion, as socialists and anarchists do. This is unfortunate, because conservatism is a genuine, if unsystematic, philosophy, and deserves to be stated, especially at a time like the present, when the future of our nation is in doubt.

I had a personal desire to have an opportunity to take a course of philosophy under his guidance, but I guess I will settle with and indulge myself merrily in the huge oeuvre of literature that he has left behind.

Scruton is an ideal figure both as a conservative philosopher and an academic, and his intellectual legacy will last forever. The intellectual world has lost a gem of a genius. Rest in peace, Sir Roger Scruton!