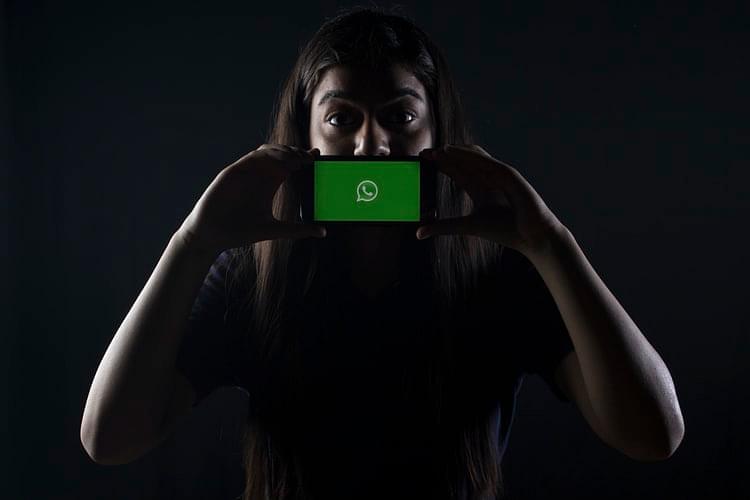 After “church attacks”, “lynchistan”, and fears of “farmer genocide”, another fake narrative is in the works, this time in the form of an academic study involving three IIT Kharagpur participants, and one from MIT Institute of Data, Systems and Society.

The title of the study, authored by Punyajoy Saha, Binny Mathew and Animesh Mukherjee of IIT, Kharagpur, and Kiran Garimella of MIT, is “Short is the Road That Leads from Fear to Hate: Fear Speech in Indian Whatsapp Groups” (You can download the paper here).

The title is misleading, for what it promises is a study of fear speech without biases, but what it delivers is a study specifically focused only on Islamophobia. No effort is made to study fear-mongering against Hindus by secularist, Muslims and Christian groups. Put simply, the survey seeks to find only one kind of fear-mongering and – surprise, surprise – finds “evidence” to support its hypothesis.

This is data bias and dangerous stupidity, of the kind that counts only one kind of crime, without collecting data on other kinds of similar crimes to place things in perspective.

If you count only the number of Muslims lynched on cow-related violence (and never the killing of gau rakshaks by cow smugglers), you will get a certain number of incidents to back your claims of Muslim hatred. The fact that similar lynchings happen for goat-stealing, child-lifting, or even to a driver whose vehicle runs over a pedestrian shows that the public and vigilante mobs have a tendency to take the law into their own hands when the police are not seen to deliver justice. What can be seen as a problem with poor policing and low confidence in law enforcement, is turned into a partially fake anti-minority narrative.

If you count only incidents that happened with Delhi’s churches, you will get stories and narratives that entitle you to claim that minorities are under attack. During the same period in 2014 several hundred temples faced similar “attacks”, which would have told you that the problem is unchecked minor crime, not the targeting of a specific community. The “church attacks” narrative died a natural death only when an old nun was raped in West Bengal, and, to the disappointment of those who carried the “church attacks” forward, the perpetrator was found to be a Bangladeshi Muslim.

The IITKg-MIT study follows this tried and trusted path of using a narrow lens to view a broad problem so that it can come to a predetermined conclusion and deliver a tendentious conclusion: that Hindu fear-mongering on WhatsApp (among other forums) is the problem.

To be fair to the study’s authors, they do not pretend to do anything else. It says so right in its abstract:

“WhatsApp has become a powerful and cheap tool for political campaigning, being widely used during the 2019 Indian general election, where it was used to connect to the voters on a large scale. Along with the campaigning, there have been reports that WhatsApp has also become a breeding ground for harmful speech against various protected groups and religious minorities. Many such messages attempt to instil fear among the population about a specific (minority) community.” (Italics mine).

The authors apparently believe that India has “protected groups” and “religious minorities”, when the question of who is a minority depends on context. Hindus can be minorities too, in Jammu & Kashmir and Nagaland and Punjab, among other states, but they get no such special mentions.

Can 200 million Muslims in India be called a minority given the sheer numbers involved? And if they are a “protected group”, are Hindus the only “unprotected group” in India? What does this assumption say about equality of treatment to all Indians, where some are protected and others not?

Later on, the study makes Islamophobia its only focus. It says:

“Islamophobia. Another aspect relevant to our study is the study of Islamophobia on social media. (The) dictionary definition of Islamophobia refers to fear of the Muslim community, but over time, studies on Islamophobia have also covered a broad range of factors including, hate, fear and threat against the Muslim community. There are various works studying the problem at scale, most of them covering the hate side of the domain. The perspective of fear in Islamophobia is well-established but there is very less work studying this issue. One of the works have tried to establish the difference between direct hate speech and indirect fear speech against Muslims, but it is mostly a limited case study. Our work can be considered studying the fear component of Islamophobia, but our framework for annotating and characterising fear speech can be used to study fear speech targeted toward other religious or ethnic groups.”

What the study seeks to do is to differentiate between direct hate speech and fear speech, with fear speech being seen as an indirect contributor to future violence. In the author’s lexicon, if someone says “I hate Islam”, it’s hate speech, but if one says, “Look what Islamic rulers did to Hindu temples”, that is fear speech, not hate speech. But the latter has the potential to promote violence for fear can stoke violence.

Let’s accept this differentiation at face value. But can one conclude that fear-mongering is only about Muslims? Did Muslims during the anti-Citizenship Amendment Act (CAA) agitation and subsequent violence not falsely instill fear among Indian Muslims about the National Register of Citizens?

Did some groups supporting the current farmers’ agitation not instill fear (most probably using WhatsApp groups) that the new farm laws will end the minimum support price for foodgrain and that farmers’ lands would be taken over by big businessmen?

How is it that no hate crimes and fear-mongering about Hindus ever gets mention in the study? It quotes a 2018 Pew Research report to note that “most cases of violence are reported against Christians, Jews and Muslims. The shooting at Christchurch, (the) Pittsburgh synagogue incident and the Rohingya genocide are a few prominent cases of religion-centric violence across the globe. In most of these cases of violence, the victims were religious minorities and social media played a role in radicalising the perpetrators. According to a recent report by the US commission mandated to monitor religious freedom globally, India is one of the 14 countries where religious minorities are constantly under attack. In India, most of the religious conflicts are between Hindus and Muslims, who form 79 per cent and 13 per cent (sic) of the overall population, respectively. Recently, differences in opinions about the Citizenship Amendment Bill (CAB) have led to severe conflicts between the two communities in various parts of India.” (Italics mine).

Apparently, only minorities are “constantly under attack”. The ethnic cleansing of Hindus from Kashmir Valley, the abduction and forcible conversion and marriage of Hindus in Pakistan, and the discrimination against Hindus and other minorities in Afghanistan and Bangladesh does not merit mention here.

The Citizenship Amendment Act, which is intended to fast-track citizenship for persecuted Hindus and other minorities from these neighbouring countries, is apparently only a “difference of opinion” among the two communities in India.

There is little in this academic study, if it can be called that, to differentiate it from a cherry-picked dataset to arrive at the expected conclusion that minorities are targeted in India through WhatsApp groups. It is a useful arrow in the growing armoury of fake narratives that target only Hindus and India. Underlying the study is hidden Hinduphobia.

The bigger question is: should the IITs be participating in such biased studies to defame only one community?