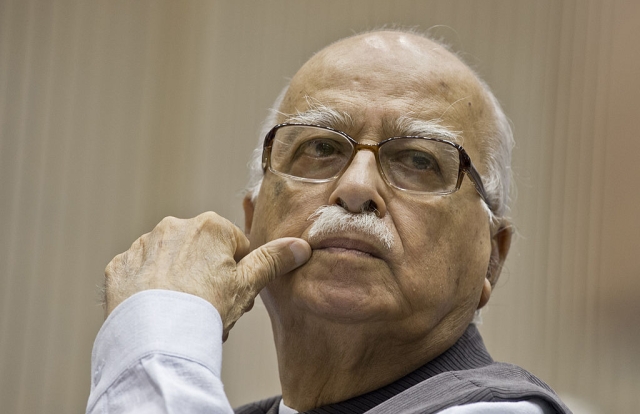 Lal Krishna Advani’s blogpost, in which he indirectly criticised the current BJP leadership for painting some members of the opposition as anti-national, is an important message to give to politicians of all hues. The opposition will be rubbing its hands in glee that he is taking on Narendra Modi again, but the essence of his criticism can as easily be applied to their utterances too.

The BJP leadership should heed his words, but this applies in spades even to the opposition – not to speak of Advani himself.

If labelling critics as anti-national is wrong, surely labelling the BJP as fascist, authoritarian and somehow unworthy of being given political space in India is equally condemnable. And if calling people anti-national isn’t kosher, how is labelling only some parties as “communal” and divisive somehow acceptable?

Advani should know this, for he himself has been called fascist and communal when he led the Ram temple movement in the 1980s, and in return he coined the word “pseudo-secular” to call out his critics. And it isn’t as if Advani has held back on his own brand of invective in the past. At one point in 2007, he called Manmohan Singh the weakest PM of India ever. When Manmohan Singh, after signing the Indo-US nuclear deal, indicated that he was not above abandoning it under pressure from the Left, Advani launched a personal attack on Singh. He said: “The extraordinary combination of ineptitude, arrogance, immaturity and lack of conviction that Dr Manmohan Singh and Mrs Sonia Gandhi have displayed…shows that the thoroughly opportunist alliance that is the UPA is unfit to govern India. The episode (Singh’s effort to backtrack on the Indo-US deal) also confirms our party’s evaluation that Dr Manmohan Singh is the weakest prime minister India has had.”

The Congress, for its part, has spared no effort to label the RSS as the assassin of Gandhi, as anti-national, communal and divisive. Many writers in the media have indulged in the same kind of demonisation. Rahul Gandhi has linked the Sangh to the murder of Gauri Lankesh and gone to the extent of threatening to remove alleged RSS sympathisers from government service if he came to power. Narendra Modi has been called everything from Hitler to “impotent” to “maut ka saudagar.” The BJP and the RSS have, in turn, been called anti-national by political rivals or media critics.

The problem with Advani’s blog is not the content or intent of it, but the feeling that it is all sour grapes – a statement made by a man against whom history conspired to deny him the country’s top job. The party he built was taken over by a more popular leader after his failed attempt to dislodge the UPA in 2009. And the double tragedy is that while Modi’s critics have latched on to Advani’s comment with glee, these critics are the same ones who demonised Advani in the same way.

Consider what Ramachandra Guha tweeted today after reading Advani’s blog. He said a “disingenuous blog written out of disgruntlement cannot make a 'liberal’ out of someone who spread so much hate and bigotry.”

The irony of this criticism is that Advani’s and Modi’s critics do not see themselves as spewing the same venom against the BJP and the Sangh that they allege the latter of doing.

Hypocrisy is a high art form in Indian politics and polemics. Advani’s advice on labelling people as anti-national is sensible, but in the end his words are being used to target the party he built.