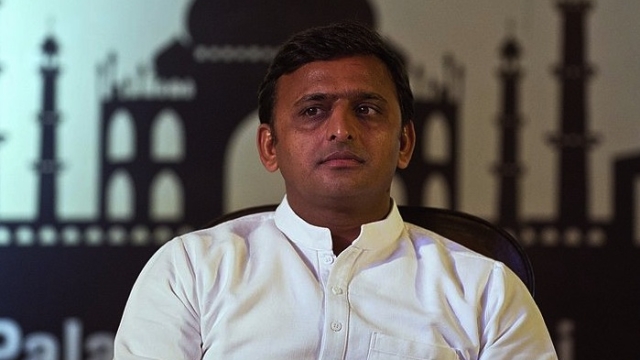 Akhilesh Yadav has managed to win the perception battle by forcing cancellation of the merger of Samajwadi Party (SP) and Qaumi Ekta Dal (QED) in Uttar Pradesh. The chief minister of the poll-bound state wants to project a clean image and make development as his election strategy. But can he ignore India’s reality of caste and community politics? Maybe he is looking at UP reality differently.

Last week, at the cost of bringing to the fore differences within the party and Yadav family, Chief Minister Akhilesh Yadav overturned the decision of his father and party chief Mulayam Singh Yadav on the merger of the QED. The merger with the QED, a party of gangster-politician Mukhtar Ansari, had been orchestrated by Mulayam’s brother Shivpal Yadav.

SP’s organisational matters are being handled by Shivpal and Akhilesh is the face of governance. By forcing cancellation of QED merger, Akhilesh has broken the unwritten rule of staying out of day today party affairs and this out of turf assertion points to his desire for a major say in the distribution of tickets for next year’s elections. The QED episode highlights different approaches and differences in SP. While the senior party leaders still believe in caste/community vote bank, the younger lot led by the chief minister want to pursue the development agenda.

The development programme is a smart strategy and has a potential to negate Narendra Modi-led BJP’s development mantra. At the ground-level, SP’s leaders can work on their MY (Muslim-Yadav) votes and Akhilesh can build new vote bank of youth and the middle class by breaking caste and community combinations, in the name of development.

Akhilesh will be taking his development agenda further by holding ‘Vikas Rath Yatra’ before the assembly polls to showcase his government’s achievements in infrastructure like roads and power supply, and also the improvement in law and order (which has always been a weak point of SP’s rule).

These events will force BJP to recalibrate its election strategy as Akhilesh Yadav will occupy the voters mind space with real work on development front well before Narendra Modi hits the campaign trail with his brand of development.

Even Mayawati of Bahujan Samaj Party may not be able to make much impact in the face of development agenda as she doesn’t have a very good record on development.

Maybe, young Akhilesh Yadav has found a good formula to stay in as the chief minister of urbanised Uttar Pradesh, and Mulayam seems to agree with his son at the cost of extended Yadav family.