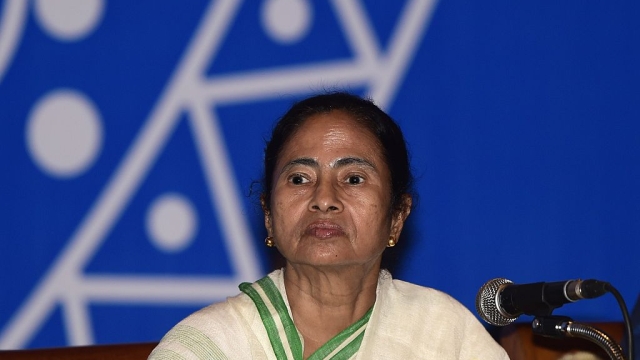 These days, jokes about Trinamool chief Mamata Banerjee are proliferating, and they’re not funny. After the Narada video sting which exposed 15 top lieutenants of Mamata and the flyover collapse in the heart of Kolkata, lampooning of Mamata and her party on social media has reached a crescendo.

The Trinamool, which appeared to be invincible even a month ago, has suffered a series of body blows since. The first was the ‘unholy’ electoral alliance between the Congress and the CPI(M). Unprincipled though this alliance of convenience may be, it has started posing a tough challenge to the Trinamool in many constituencies.

No longer are these two parties hapless. With supporters and activists of the Congress and the CPI(M), who were at daggers drawn till not so long ago, joining hands to resist the Trinamool’s attacks and attempts to rig the ongoing seven-phase Assembly elections in the state, the walkover that Mamata Banerjee expected is highly unlikely.

And then the Narada expose happened. But more than this sting operation, it is the flyover crash that has hurt the most. While the sting operation exposed the corrupt face of the party and severely dented Mamata’s ‘clean’ image, the flyover crash on March 31—which took toll over 25 people and injured at least 80 others— is being  perceived as wages of the Trinamool’s corruption.

“In people’s minds, the flyover collapse was the fallout of the corruption and nepotism that Trinamool bigwigs were indulging in,” said Calcutta University political science professor Santanu Mitra. As Trinamool’s links with the tragedy, which happened due to shoddy and hurried construction since Mamata suddenly set an unrealistic deadline for completion of construction, started coming out, the party found itself in a crises of its own making.

Seizing the opportunity the opposition launched an attack on the Trinamool. The BJP released documents to prove that the Hyderabad-based firm IVRCL which was blacklisted in other states, was awarded railway contracts when Mamata was Railway Minister. Media probes revealed that the nephew of a senior Trinamool leader was given the sub-contract for the portion of the flyover which came crashing down.

It was revealed how Trinamool leaders engaged in the supply of building construction materials forced IVRCL to source sub-standard material at higher prices. The manner in which state urban development minister Firad Hakim—a very close lieutenant of Mamata—forced the Kolkata Metropolitan Development Authority (KMDA), of which he is the chairman, to cut corners and adopt a slack attitude in supervising the construction of this flyover was exposed in the media.

“Hakim was caught on camera (by Narada) boasting that he could get any work done and contracts awarded by flouting rules and norms in exchange for money. And then the flyover crashed and more wrongdoings by Hakim got exposed. All these have had the effect of severely denting the Trinamool’s image. And since it is common knowledge that Hakim is close to Mamata and is always seen by her side in public events, her image has suffered too,” said Mitra.

Realizing the damage that the Narada expose and the flyover collapse have caused to her party and image, Mamata has been projecting herself as the sole face of the Trinamool. Over the past couple of weeks, she has been saying in her election meetings that she herself is the candidate in all the constituencies. “I am the candidate in all the constituencies. A vote cast for the Trinamool is a vote for me and not my party’s candidate in a particular constituency,” she has been repeatedly stating. How many takers this weird attempt to whitewash the misdeeds of her lieutenants will have is yet to be seen.

Mamata has also decided that offence is the best self-defense and has gone for the jugular, launching fierce attacks on the CPI(M)-Congress combine and the BJP. But, if the overall response from the crowds at her public rallies provides any indication, Mamata’s offensive is ringing hollow. Moreover, with the Opposition also raking up the Saradha scam, the Trinamool and its chief are having a tough time battling a whole gamut of allegations and charges.

Monday, April 4, when polling was held in 18 Assembly constituencies in three districts in the western part of the state, provided evidence of this: the polls were largely free and fair and with very few complaints of unfair practices being filed against the Trinamool by Opposition parties, it was clear that Mamata’s men could not resort to the blatant rigging that they have over the past five years.

All this is not to say that the Trinamool will lose Bengal. May 19 is not likely to throw up any major surprises. But the 210 to 220 seats (in the 294-member Assembly) that Mamata was expecting to bag may turn out to be wishful thinking. There will be, in all likelihood, many disappointments in store for her. And she would have only herself to blame for them.