Bengal: Congress and CPI(M) Will Be Strange Bedfellows 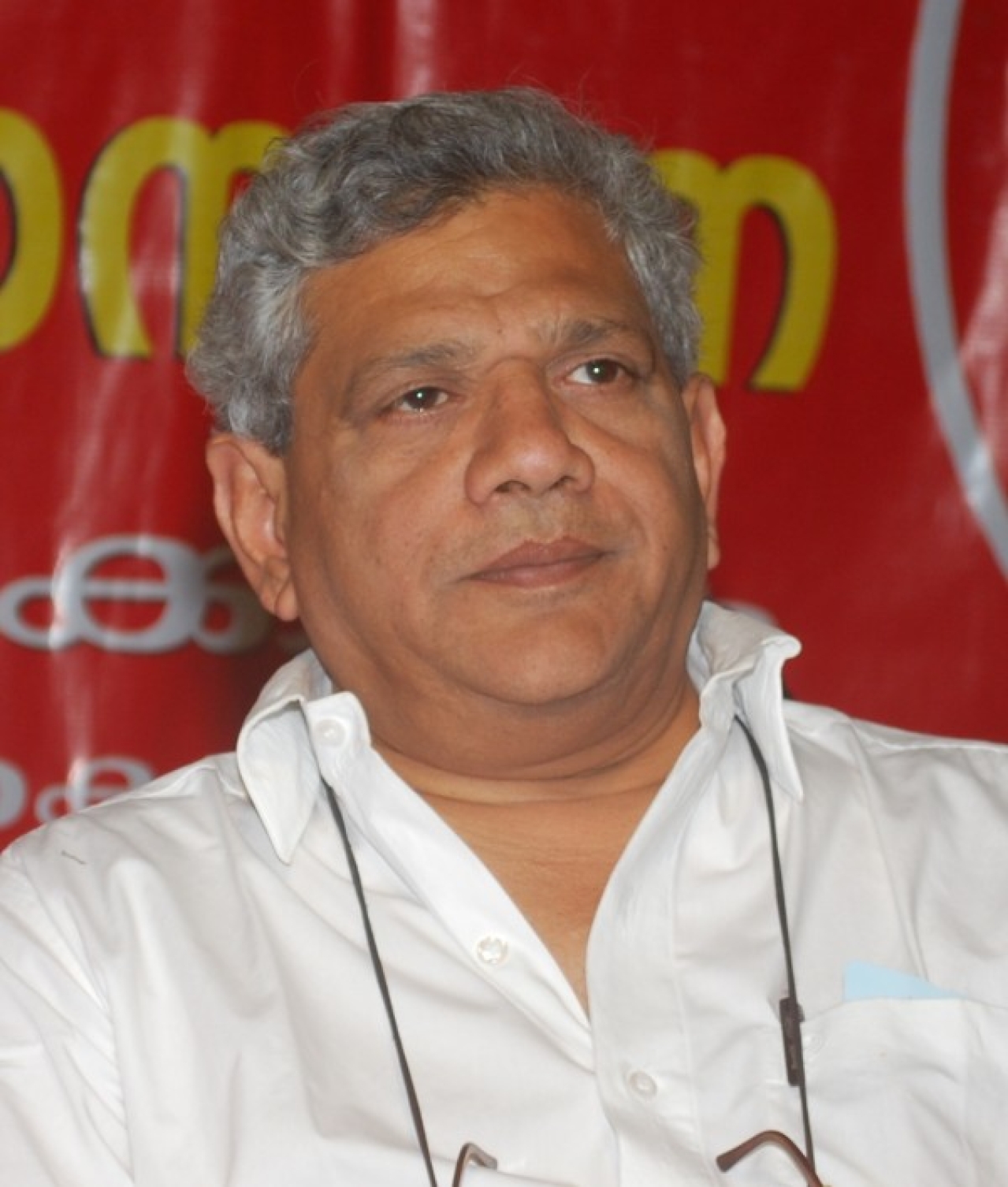 In a desperate bid to defeat the Trinamool, Congress and CPI(M) are actually considering a political alliance in West Bengal. No good can come of this last resort of the helpless.

Political circles in West Bengal have been, over the past one week, abuzz with speculation over the likely impact of an alliance between the CPI(M) and the Congress in the state. Talk about such an alliance arose at the CPI(M)’s five-day plenum that ended on 31 December, including the sort of hackneyed and empty jargon that only Communists are capable of. At the plenum, some leaders of the beleaguered CPI(M) pitched for an alliance with the Congress to take on the ruling Trinamool Congress in the Assembly elections to be held a few months hence. Leaders of the Congress, quite a marginalised party in Bengal, were quick to nod in approval. And political pundits then went on to speculate that a CPI(M)-Congress alliance could well defeat the Trinamool in the elections!

Their prediction is based on naïve arithmetic. In the 2014 Lok Sabha polls, the CPI(M) garnered a 22.7 percent vote share (though it bagged just two seats, down from 10 in 2009) and the Congress’ share of votes was 9.60 percent (it won in four constituencies as compared to six in 2009). These pundits contend that even if these vote shares remain intact in the 2016 elections, a CPI(M)-Congress alliance would get 32.30 percent of the votes in the 2016 polls. In the 2014 LS polls, the BJP’s share of votes was 16.8 percent (it won two seats), up from 4.06 percent in the 2011 state Assembly polls. The BJP’s impressive performance was due to the ‘Modi magic’ and over the past one-and-a-half years, this magic, the pundits say, has waned. Thus, in the 2016 Assembly polls, a large chunk of the votes that the BJP got in the 2014 LS polls—and these were essentially opposition or anti-Trinamool votes—would go to the CPI(M)-Congress alliance.

According to Jadavpur University professor and Congress leader Om Prakash Mishra, who claims to have carried out a study of the past election results based on which he has made projections for the 2016 polls, the BJP could, at best, hope to retain just 10 percent of the vote share and the remaining 6.8 percent would go to the CPI(M)-Congress alliance. That would mean this alliance garnering 39 percent votes in the 2016 polls, giving it 161 seats in the 294-member Assembly.

The predictions of Mishra, and some other overly optimistic pundits, are based on the doubtful assumption that the vote shares of the CPI(M) and the Congress in the 2014 LS polls would at least remain intact, if not increase, in this year’s Assembly polls. CPI(M) leaders point to the ‘impressive’ turnout at a rally they held at Kolkata on 27 December last—they say that eight lakh people attended, though the figure may have been about half that—to contend that “the people of West Bengal are fed up of the Trinamool  Congress and are returning to the Left fold” (in the words of Sitaram Yechury).

Massive crowds at rallies don’t always translate into votes, as has been seen many a time all over the country. And, anyway, most of those who attended the rally were ‘hired’ folks—they were paid to attend the rally, provided buses to come to Kolkata—who enjoyed a brief winter sojourn in the city and visited the zoo, Victoria Memorial and other tourist spots. Yechury and his fellow Marxists would be gravely mistaken to assume that these people would vote for the CPI(M). Unless, of course, they are forced to, as they were many times during the 34 years of Left rule that ruined Bengal.

What the enthusiasts of this alliance have not taken into account is the fact that the allies of the CPI(M) in the Left Front—the CPI, Forward Bloc and RSP—have grave reservations about a Left-Congress alliance. None of the leaders of these three parties have come out with statements in support of such an alliance. Their reservations are based on ideological reasons—that the Congress is a ‘bourgeois party’ with an avowed ‘neo-liberal’ agenda that would bring India close to the West, especially the ‘evil’ USA. Without the consent of these three parties, the CPI(M) can never stitch an alliance with the Congress.

Also, the Congress ‘high command’ (read: Sonia Gandhi) would not want to upset Mamata Banerjee, who has a close personal rapport with Sonia, by aligning with the CPI(M). Apart from the Sonia-Mamata personal equation, the Congress’ central leadership also realises that it needs the Trinamool’s numbers in the Lok Sabha not only now, but also in future.

But the more important point is the opportunism that drives the talk of this alliance. There is little love lost between the Congress and the CPI(M). Sonia Gandhi and Manmohan Singh cannot, surely, forget the bitterness over the Indo-US nuclear deal and Prakash Karat’s harsh words while pulling out of the UPA. In Bengal, Congress leaders and activists have been hounded, assaulted, tortured and killed during the 34 years of Left rule.

Before 1977, when the Left swept to power in Bengal, Left leaders and supporters were at the receiving end of the brutal and unscrupulous Siddhartha Shankar Roy government. What seems to be driving the leaders of the two parties (CPI-M and Congress) together is that both are now being targeted by the Trinamool which, to be fair, is simply employing the same tactics to subdue the opposition that it had learnt from the CPI(M).

The proposed alliance is devoid of any ideological moorings and is driven by an overwhelmingly blind ambition to take on and defeat the Trinamool. There is little in common between the two parties in terms of ideology and agenda. Given that, what do they offer to the people of West Bengal? In the highly unlikely event of this proposed alliance bagging a majority of the seats in the Assembly and forming a government, what sort of governance would they offer to the state? The horrible memories of the 34 years of Left rule are still fresh in people’s minds; would it be back to those dark days? How will the CPI(M) marry its ‘mass revolutionary’ character with the ‘bourgeois’, ‘neo-liberal’ and ‘pro-West’ character of the Congress?

An alliance driven by rank opportunism can never succeed. And the Congress, at the very least, should realise that. But the Congress is, and has been, for four decades now in a pitiable state in Bengal. Forced on the backfoot by marauding Leftists after 1977, many Congress leaders were happy cutting deals with the CPI(M) and that was the primary reason behind Mamata Banerjee breaking away from the Congress to form her own party to take on the CPI(M).

Her witty comparison of the Congress in Bengal to a water melon—“green on the outside and red inside”—aptly summed up the covert understanding that many senior Congress leaders in Bengal had with the CPI(M) for their own petty gains. Later, the Congress joined hands with the Trinamool to take on the Left and defeat it in the 2011 Assembly polls. But the Congress was treated with disdain by the Trinamool, despite the alliance between the two, primarily because of the opportunistic nature of its (Congress) leaders and the party unit in the state.

Now, the Congress wants to get back to being a water melon. Politics does make for strange bedfellows, but the Congress in Bengal seems to have become the eternal harlot. For the party to think that it would be treated with the respect due to an ally by the CPI(M) (in case of an alliance between the two) would be a foolish mistake. Opportunists, after all, do not command and cannot claim any respect.