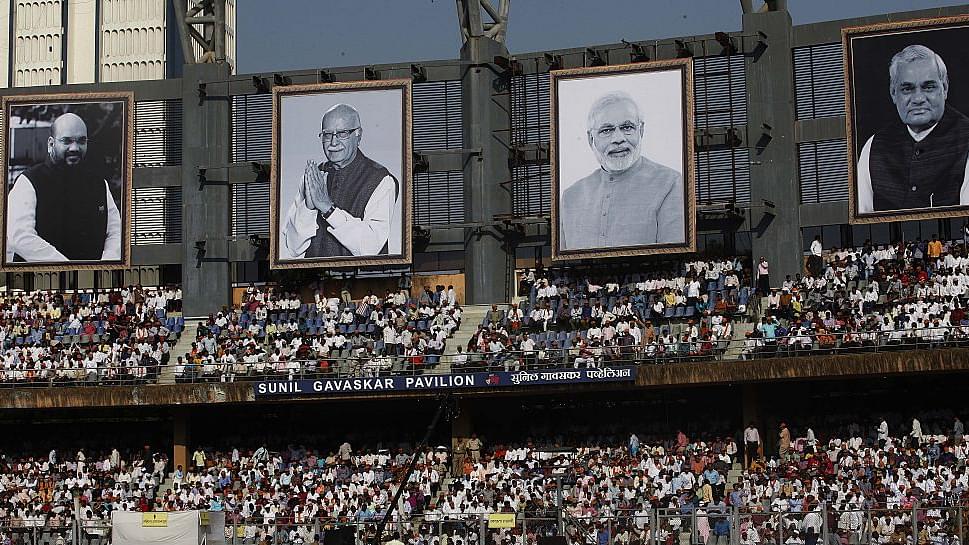 The unprecedented growth of the Bharatiya Janata Party (BJP), especially in the last three years, is ringing alarm bells even among its National Democratic Alliance (NDA) allies.

Like the BJP’s political opposition, its allies also fear being squeezed out. The decision of the BJP to expand its social and political base across the country has now started to threaten not just the opposition parties, who have to fight its surge but also some of the alliance partners of the NDA.

With the BJP taking an aggressive stand on expansion, members of the NDA are also apprehensive that the rise of the BJP coupled with the growing popularity of Prime Minister Narendra Modi could shift a significant voter base in favour of the BJP rather than its regional alliance partners.

“Some of the leaders are apprehensive of the centre’s moves. It is clear that the centre is in a very aggressive mood; even alliance partners are apprehensive. It is more than a big brother attitude of the centre. Apart from the growing influence of the BJP within the NDA, the fear is that the voter base of the regional parties could shift in favour of the BJP,” said a senior leader of the Telugu Desam Party (TDP), which is a key alliance partner of the BJP and a major force in Andhra Pradesh.

BJP dominance in the NDA was further cemented after Bihar Chief Minister Nitish Kumar-led Janata Dal (United), or JDU, switched sides and teamed up with the NDA in July. Kumar’s return to the NDA is significant because the Bihar Chief Minister headed a strong anti-BJP alliance with the Rashtriya Janata Dal (RJD) and Congress that had managed stop the BJP juggernaut in Bihar assembly election in 2015.

“BJP became a dominant partner after 2014 Lok Sabha elections (when the BJP won 282 seats). The degree of dominance has only increased after JDU joined NDA,” said a senior leader of the Shiromani Akali Dal (SAD), a key party in Punjab and one of the oldest allies of the BJP.

NDA leaders point out that the growing aggression of the BJP is also visible in Parliament as BJP leaders seldom share the floor management strategy with its NDA partners. “There have been many instances when BJP leaders have not shared the strategy in Parliament and NDA meetings have been called because of the insistence of allies,” the SAD leader added.

Senior BJP leaders point out that while the party would continue to follow the rules of coalition politics, its expansion plans to reach out to people would continue. Members of the BJP explain that while the party would facilitate talks between the two warring factions of the All India Anna Dravida Munnetra Kazagham (AIADMK), the ruling party of Tamil Nadu, it would also continue to reach out to people on its own strength rather than be dependent on regional parties.

“Just because the BJP is open to the idea of mediating between different sections of the AIADMK, that doesn’t mean the BJP would stop its efforts to reach to people and expand its organisational network. The case is similar in all NDA states as well. For a long time, BJP has played the role of a junior partner in some NDA-ruled states but the political situation has changed in the country now. Alliance partners would also have to accept this change in the mood of the people who have favoured the BJP,” said a senior BJP leader, who is part of the party’s expansion plans in southern states.

“The BJP would still try to focus on building organisational base in states where the party lacks network. The effort to build organisational base and strength would not depend on the NDA alliance partners. BJP has every right to ensure that the party becomes strong,” the BJP leader added.

In other states where the BJP leads coalition governments, like in Maharashtra and Goa, the BJP allies seem to be rethinking their old strategy to oppose the BJP on issues while sharing power with it.

The Shiv Sena in Maharashtra, which has been quite strident and shrill in its opposition to several decisions of the Narendra Modi government including demonetisation, has adopted a cautious approach after developments in Bihar.

After the victory of the ‘grand alliance’ in Bihar assembly polls, the Shiv Sena did not spare a chance to remind the BJP and Modi that their power was not unchallenged. In Maharashtra, it opposed the Devendra Fadnavis government on virtually every front. Shiv Sena president Uddhav Thackeray said just before the monsoon session of the state legislature that the Sena would demand a blanket farm loan waiver. But more than a week after the session’s start, the Sena has kept quiet on the demand even though the loan waiver has come up for discussion.

A senior BJP leader from Maharashtra, who did not want to be named, said the difference between the Shiv Sena’s conduct before and after Kumar’s return to the NDA was “quite striking”. “Shiv Sena is devastated to say the least. It was all the time propping up Nitish Kumar against PM Modi and imagined a Nitish-versus-Modi fight in 2019. There is no such fight now and Sena has fallen quiet,” said the BJP leader.

In Goa too where the BJP leads a coalition of Maharashtrawadi Gomantak Party, Goa Forward party and independents, things seem to be falling in place for Chief Minister Manohar Parrikar. The coalition formed in March looked shaky until recently but now the BJP-led coalition looks settled for the first time in four months.