Eight Themes That Will Impact The 2019 Electoral Outcome, And Six That Won’t 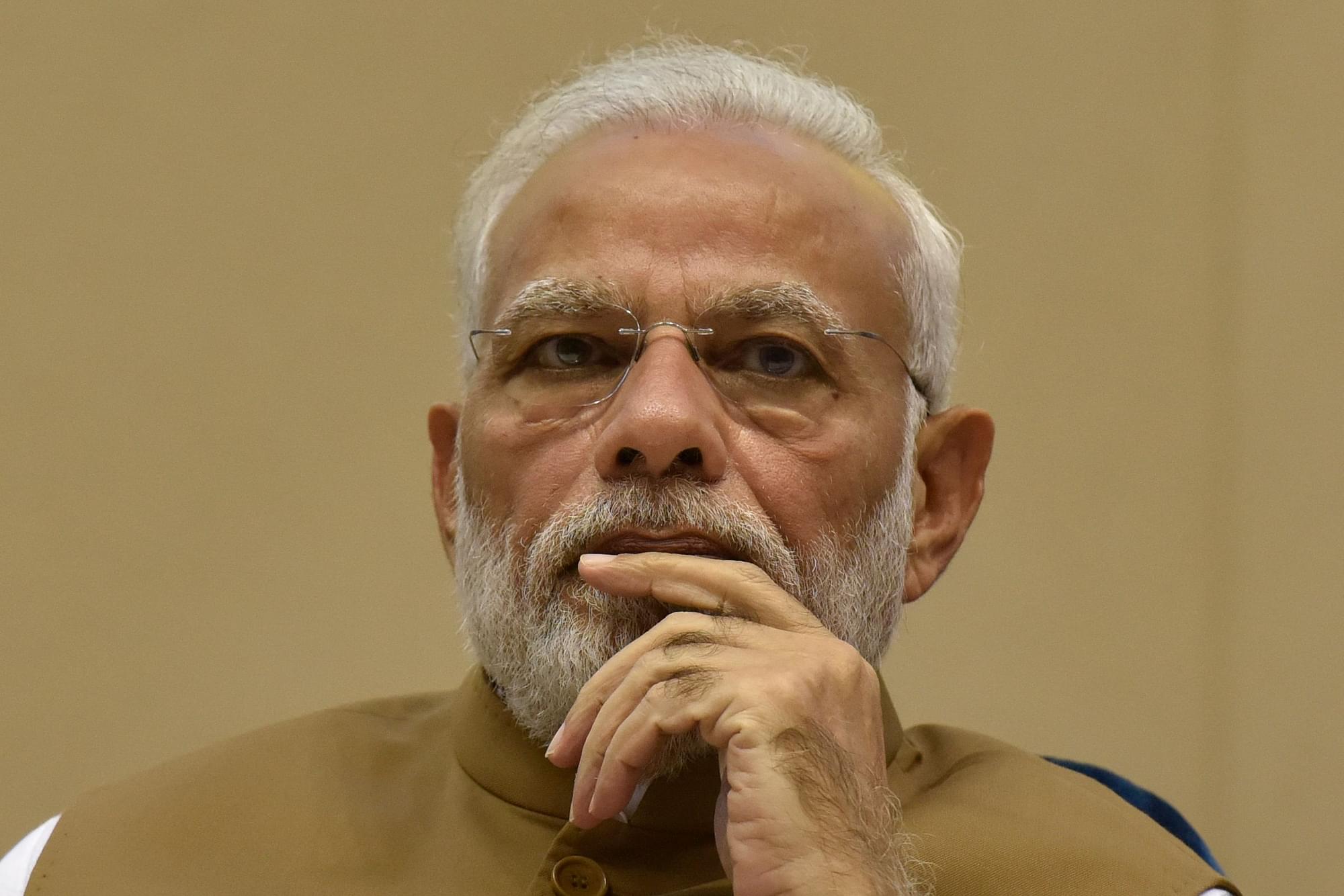 Prime Minister Narendra Modi at the launch of the MSME Support and Outreach Programme at Vigyan Bhawan in New Delhi. (Sanjeev Verma/Hindustan Times via GettyImages)

As government and opposition gear up to fight the next general election, they have to figure out which issues will work with the voter and which won’t. The problem for the National Democratic Alliance (NDA) is that its big achievements may not have had a game-changing impact except in small pockets, its big ticket reforms are still a work in progress, and its perceived failures (jobs, farm incomes) loom large as we move into prime campaign season over the next six weeks.

Looking into the crystal-ball, it is possible to figure out which issues will matter and which ones won’t.

Corruption: In 2014, the extreme corruption scandals of the United Progressive Alliance (UPA) played a significant role in its defeat; but more than that, it was the economic deceleration that began from 2011-12 that mattered more to farmers and urban areas. In 2019, voters are worried most about jobs and incomes, and this means the Narendra Modi government’s sustained attacks on black money and improving tax compliance will not help it much with the voter. When livelihoods are at stake, the voter is not concerned about corruption. So, Sonia-Rahul-Vadra scams won’t matter, nor will the loud shrieks over Rafale. Corruption will not be a major issue for 2019.

Dynasty, Nepotism: Indian voters are not uncomfortable with nepotism and dynastic politics, since our caste-based ethos is built on this edifice. This is one reason why the Congress has boldly inducted Priyanka Gandhi formally into politics, giving her charge of Uttar Pradesh (East). The Bharatiya Janata Party (BJP) can shout from the rooftop about dynasty, etc, but this will not matter – in 2019 at least.

Low Inflation, Fiscal Stability: At the best of times, the electorate does not understand the meaning of fiscal stability. As for inflation, containment of which has been one of the biggest success stories of NDA-2, the electorate seems to take it for granted. Inflation matters only when it soars, not when it is benign. The TV channels shout and scream when petrol prices rise, but stay largely silent when the opposite happens. Low inflation thus yields few electoral dividends, despite the strong underlying macroeconomic performance.

Reforms, GST, IBC: If one were to look at the pink press, the demand is always for big ticket reforms. But the big ticket reforms of the Modi government – goods and services tax (GST), the bankruptcy code, and subsidy reforms through the use of Aadhaar – are not seen as big enough by the average voter. They are still a work-in-progress, and actual benefits will flow only after 2019, once the worst debt issues are resolved, and GST is made simpler. In the meanwhile, the warts in these schemes will be used to rubbish them.

Fight Against Black Money: While most voters are willing to accept Narendra Modi as someone who has had a clean record as “chowkidar” (despite all the “chor, chor” shouting on Rafale by Rahul Gandhi), the reality is that a clean image alone is not good enough to get the voter to root for the BJP and Modi. It is a good-to-have image, but will not be a decisive factor in 2019, when voter focus is on livelihoods and incomes. On the other hand, voters will not give too much importance to the alleged promise by Modi of giving the poor Rs 15 lakh from black money recovered from crooks. The average voters knows that this can’t happen easily.

Triple Talaq, Et Al: The Modi government’s battle to end triple talaq in one sitting does have a small group of Muslim women silently nodding in agreement. But when the overall sentiment of the community is against the government, this unquantifiable, underlying shift in the Muslim female mood will be drowned out. There are thus no electoral gains here.

Eight Issues That May Work With The Voter

Modi Versus Khichdi: Every voter knows that the opposition gathbandhan exists only till the votes are counted. After that there will be endless squabbling. This makes Narendra Modi and the stability he provides a key positive factor for the BJP, but with one caveat: the voter must additionally feel that rocking the Modi boat will be injurious to his future financial health. This means the main Modi plank of providing stability must include ideas to explain why this stability will deliver better outcomes after 2019, despite some deficits till now. If Modi and his campaign team can fuse stability to delivery of progress after 2019, only then will the stability plank work. Otherwise, the voter may be prepared to take a risk with the alternatives.

The Majority/Minority Card: The opposition is sure that minority votes will go against the BJP in the Hindi belt and elsewhere, thanks to extensive media coverage of 'lynchings’, etc. The BJP has done little to ensure any counter-consolidation of the Hindu vote, since it has not overtly pursued any majoritarian agenda, never mind what the Lutyens media consensus is on this. While the BJP belatedly jumped onto the Sabarimala bandwagon after the Supreme Court opened its doors to women in the 10-50 age group, this may benefit the United Democratic Front (UDF) in Kerala more than itself. The Hindu vote currently goes largely to the Left, and any erosion here in favour of the BJP benefits the UDF as the minorities consolidate behind it and the Hindu vote splits. In Assam, the Citizenship Amendment Bill has caused heartburn among Assamese and tribal groups, while Bengali Hindus in the state may see the BJP with new eyes. In West Bengal, though, the Citizenship Bill will be seen as a positive for the party. The religion issue thus will have different impacts in different regions. The net impact is uncertain as of now.

Ram Mandir, Et Al: The only way the BJP can stimulate its Hindu vote bank is by formally announcing a Hindu agenda, which it has not done so far beyond talking volubly about building the Ram temple. But this won’t bear fruit before the elections. The Supreme Court is not going to hand down a verdict that will directly impact the elections, and the BJP will not ruin its chances of obtaining a final verdict in its favour by issuing an ordinance to hand over the land to Hindus. An ordinance will, anyway, be stayed by the courts.

Gau Raksha Nacklash: In many of the Hindi belt states, the emotive issue of banning cow slaughter is turning sour since people owning cows beyond their productive stage are letting them loose since covert sales to cow smugglers are not easy to manage any more. The multiple herds of marauding cattle let loose in Uttar Pradesh and in parts of Rajasthan are creating havoc in cropped areas, leading to strong anger among farmers. If the UP government does not get the stray cattle issue settled in another month or so, it will swing even Hindu votes away from the BJP. The average Hindu cares about cow protection in UP, but not if these cows are running riot on his farm, destroying crops.

Social Sector Schemes: The BJP’s Ujjwala gas cylinder scheme for the poor, the Ayushman Bharat medical insurance cover of Rs 5 lakh for the poor, the rural home loan interest rate subventions, the toilet-building spree under Swachch Bharat, and the extension of electricity to the last village will have some positive impact on the BJP’s fortunes in some pockets in some states. But it may not impact the overall voter mood significantly. Still, every vote counts, and the BJP is largely the gainer here.

Farm Incomes: Despite many state-level loan waivers and higher minimum support prices, agri-produce prices have been weak and farmers are yet to see an improvement in their incomes. In this context, any scheme to provide direct income support to small and marginal farmers using central resources will benefit the BJP – but only marginally. To have benefited fully from it, the BJP should have done it last year, so that the benefits were visible this year.

Quotas For Economically Weaker Sections: The 10 per cent quota for the economically weaker sections, legislated in haste by the BJP before Parliament was adjourned earlier this month, is a minor positive talking point for the BJP amongst the poor in the upper castes. But since the quotas will not have been rolled out before the elections in most cases, its impact on voter intentions will be muted. Any Supreme Court stay on the quotas will also be a minus for the party. If this had been done last year, it would have worked. For the record, no last-minute populist scheme introduced in the last year of a government’s tenure has yielded significant electoral dividends. The UPA launched the Food Security Bill and the Land Acquisition Act, not to speak of bifurcating Andhra Pradesh, in its last year. But it lost. It did not lose because of these decisions, but because they came too late to outweigh the other negatives in the UPA’s patchy second-term record.

Jobs And Wages: Almost everyone agrees that jobs are an issue in this election. But the real issue is not the sheer availability of jobs – there are many kinds of jobs available even now – but the wages which these jobs deliver. The voter will back not someone who promises more jobs, but someone who promises better jobs, and higher wages. The UPA has no answers here, but the NDA can turn a negative into a positive if it points out that the quality of jobs – if not the quantity – is improving through formalisation, as the growth in the EPFO subscriber base reveals. The NDA can claim that the process of improving the quality of formal jobs has begun, and it will be fulfilled in its next term, but its arguments here need to be believable and convincing. It can’t do so if it keeps denying a jobs and wages problem.