Finally, Army To Get Its Dhanush 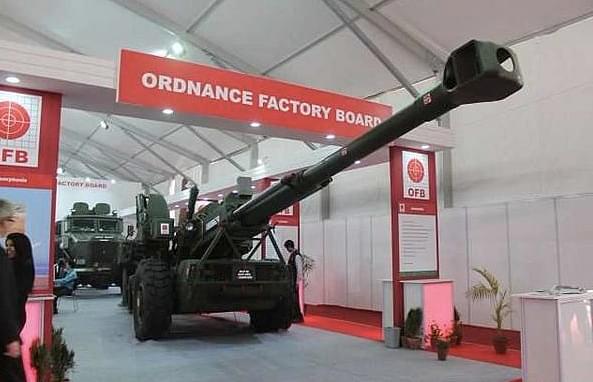 Production of the indigenously developed howitzer to begin.

Mr Parrikar said that “Dhanush incorporates many improved features than the guns which the Army is possessing at present”.

Series production will start at the Gun Carriage Factory in Jabalpur, Madhya Pradesh at the rate of 3 guns per month. In March 2013, the defence ministry had placed an order worth over Rs 1,260-crore for acquisition of 114 Dhanush subject to its clearing the trials. The order will be completed within 3 years. The total requirement for this gun for the army is put at 414 and the Ordnance Factory Board (OFB) will be in a position to ramp up production to 100 guns a year to complete the order by 2020.

The Dhanush is an upgraded version of the scandal hit Bofors FH-77B that India bought in the 1980’s. Perhaps the effect of the scandal was so immense that India for a long time forgot it had to transfer the technology for the gun till sometime in the last decade. The Ordnance Factory Board (OFB) used the blueprint of the original Bofors gun to make an upgraded, and practically, a new gun for the Indian Army.

The longer barrel length helps the shell of the gun to travel longer distances. The Dhanush can outgun the original Swedish Bofors 155mm howitzer in range, accuracy, reliability, angle of fire and shoot-and-scoot capabilities. Equipped with computerised fire control system, the Dhanush can fire 8 rounds a minute.

The Dhanush suffered a temporary setback in August 2013 when the barrel of the fourth prototype burst during tests in Pokhran, Rajasthan. Investigations revealed that the reason was not due to any problems with the quality of the barrel but due to the defective ammunition that was fired. The shell used for that test was 12 years old.

The Dhanush will be the first 155mm artillery gun acquired by India in over 25 years but it will only plug small gaps in the operational requirements of the Indian Army as only 200 of the 410 Bofors guns which performed outstandingly well in the 1999 Kargil War with Pakistan remain. The Indian army’s 1999 Field Artillery Rationalization Plan envisioned the need to acquire 2,800-3,000 various types of 155 mm howitzers by 2027.

India has since early 2000s tried a number of times to acquire them for the Army’s requirement for 1580 155mm/52 caliber towed howitzers.

After many trials, in 2003, the three competitors Bofors FH77 B05, Soltam of Israel and Denel of South Africa, failed to meet Indian Army’s specifications. In 2004, the three once again squared off with improved guns.

Soltam was eliminated when it suffered a barrel burst and Denel was out due to allegations of corruption. This left only the Bofors in a single vendor situation and soon enough another allegation of bribery eliminated it from the tender.

In 2007, India again issued a tender for towed howitzers which again got clouded with allegations of corruption. In 2011, another tender was issued and this time BAE, the owner of Bofors refused to participate citing relaxed technical and performance requirements which it felt reduced the chances of its superior gun which it improved for the Indian Army.

UPA government’s cancelation of tenders at the whiff of corruption and blacklisting of major vendors made sure India did not acquire any guns.

Things are looking brighter with the Dhanush clearing trials. Work on version 2 of the Dhanush is already in progress. It is going to be an upgraded version from the current 155mm/45 caliber to 155mm/52 caliber. This is a parallel program that the OFB has undertaken on its own and will compete with the Advanced Towed Artillery System which is a 155mm/52 caliber howitzer which is being developed by India’s Defence Research and Development Organization (DRDO) in association with Indian private sector companies.

Acche din for the Indian Army ahead as far as its need for 155mm howitzers are concerned.