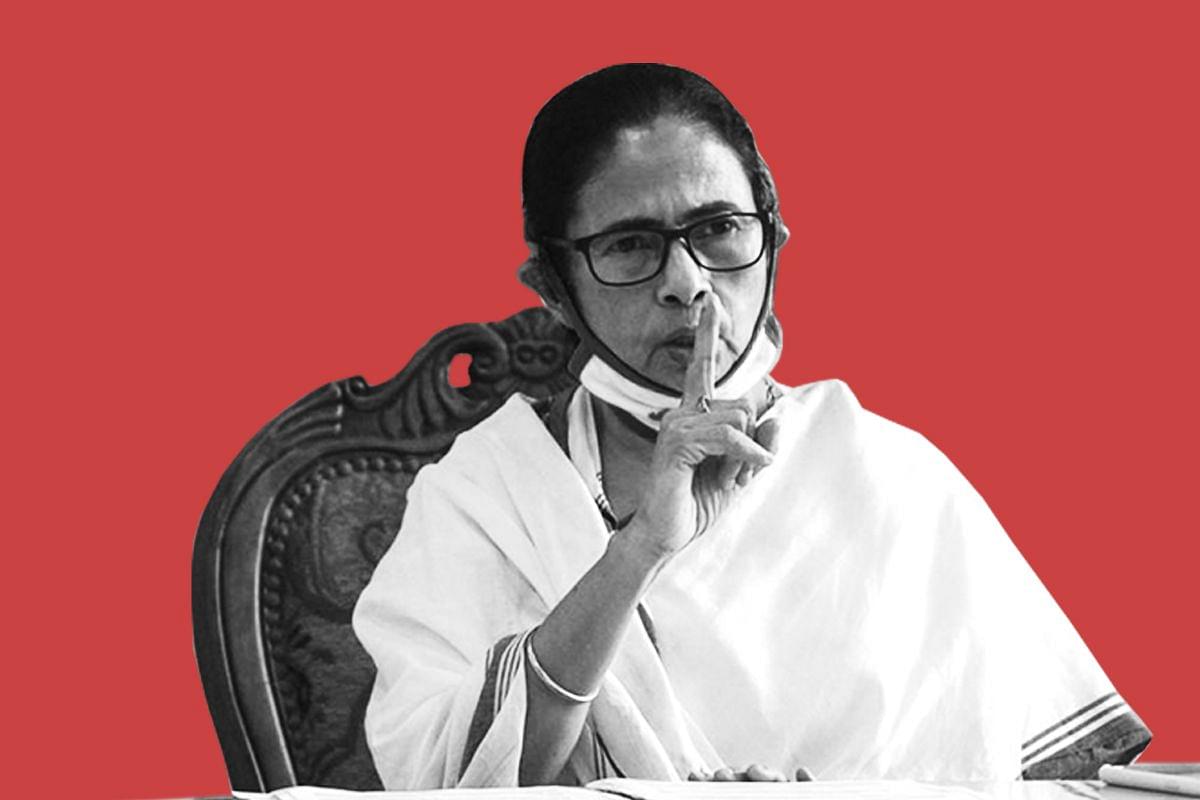 The attack on Bharatiya Janata Party (BJP) national president J P Nadda’s convoy by Trinamool goons on Thursday has come as yet another evidence of Mamata Banerjee’s long history of intolerance to opposing viewpoints.

Banerjee shot to infamy in 1977 when she physically stopped ‘Loknayak’ Jayprakash Narayan from entering Kolkata.

The political stalwart, often referred to as the ‘hero of Quit India Movement’, was asked by Banerjee, then a 22-year-old Youth Congress activist, to "quit Calcutta".

JP (as Jayprakash was popularly known) had come to the city to address meetings against the Emergency imposed by Indira Gandhi.

Banerjee, as an activist of the Youth Congress, was a vocal supporter of the Emergency and became determined to thwart JP’s political programmes in the city.

She stopped the car carrying JP from the airport to a meeting venue in North Calcutta (as Kolkata was known then) by lying down on the road in front of it.

But not content with that, she then climbed on the bonnet of the car and furiously stomped her feet on it while screaming unintelligibly.

It is supremely ironic that Banerjee, nowadays, straight-facedly pays tribute to the ‘Loknayak’ on his birth anniversary (11 October) every year. But that is another matter.

Even before that infamous ‘dance’ on JP’s car, old-timers in Bengal’s politics told Swarajya, Banerjee’s intolerant streak was quite evident.

As a young history undergraduate student in Kolkata’s Jogamaya Devi College, she established the Chhatra Parishad — the student’s wing of the then Congress(I) — in the college.

In 1970, the Parishad led by her defeated the All India Democratic Students’ Organisation (AIDSO) — the students’ wing of the SUCI (Communist) in the college union elections.

For the next one year that she spent at the college, she allegedly prevented the AIDSO from organising any programme in the college and even from canvassing among the students for the next year’s college union elections.

“I remember we used to get a lot of complaints from our students at (Jogamaya Devi) college that the Chhatra Parishad members led by one young lady were preventing them from holding any programmes. That lady was Mamata Banerjee,” recalled SUCI veteran Bidhan Sarkar.

A group of Congress MPs, of which she was perhaps the most intemperate, would shout down any opposition MP trying to raise an issue or criticising the Congress.

She faced defeat in the 1989 Lok Sabha elections, but won from the Calcutta South Lok Sabha seat in 1991 and was inducted into the council of ministers by P V Narasimha Rao.

But even as the minister of state for human resources development, youth affairs, sports and women and child development, she continued with her outrageous behaviour in Parliament.

Veteran parliamentarians recall that she was quick to take to the floor of the house to prevent opposition MPs from speaking out.

Banerjee was especially intolerant of any criticism of her lacklustre performance as a minister and many opposition MPs who tried to criticise her poor performance had to face her angry diatribes.

She did not even spare her own government and at a rally at Brigade Parade Ground in Kolkata in 1993, she strongly criticised her government’s alleged apathy to her proposals to improve sports in the country.

She was divested of her portfolio and in 1997, she left the Congress and formed the Trinamool. And from then on, she started denying the Congress any opposition space in Bengal which she wanted to occupy all by herself.

Apart from poaching lower and middle-rung Congress functionaries, Banerjee’s partymen, acting on her instructions, prevented Congress activists from staging protests against the Left.

“She had always been averse to sharing political space, be it in the opposition or in the ruling dispensation, with any individual or party. She is dictatorial and completely undemocratic,” says veteran Congress MP Adhir Chowdhury.

That is why, says Chowdhury, his party had to walk away from its 2011 alliance with the Trinamool.

“We fought the Left as allies but soon after coming to power, the Trinamool started poaching our MLAs and functionaries and attacking us. Mamata Banerjee did not believe in a democratic sharing of power and wanted everything for herself,” said Chowdhury.

Mukul Roy, who was a co-founder of the party and is now the national vice-president of the BJP, says that even in those early days in the fledgling party, Banerjee was intolerant of any internal criticism.

“She would get angry at anything that was even indirectly critical of her abrasive style of functioning and her political moves. We learnt long ago to keep our opinions to ourselves and follow her unquestioningly.

“Anyone showing any sign of independence or who she thought could pose a political threat to her was effectively silenced and sidelined,” Roy told an interviewer last year.

Banerjee’s intolerance and dictatorial tendencies, and her propensity to insult even her senior colleagues, led to a number of those who were with her in the early days of the Trinamool to leave the party.

Even when the Trinamool was an opposition party in Bengal, Banerjee’s tendency to browbeat and silence anyone opposing her was quite evident.

In some pockets of Bengal where her party managed to hold sway during the twilight years of Left Front rule in the state, Trinamool functionaries and musclemen brazenly thwarted political activities by the Left parties (who were in power in the state at that time) and even drove them out of those areas.

Nandigram, which was ‘captured’ by the Trinamool in early 2007, allegedly with the help of Maoists, is a prime example of that.

Trinamool activists drove away CPI(M) cadres from Nandigram and even kept the police and civil administration out of the area for a few months till the CPI(M), with help from the police, ‘recaptured’ the entire area.

After coming to power in 2011, Banerjee’s first priority was to uproot the Left, especially the CPI(M), from Bengal.

“Our cadres were attacked and many were killed. Our party offices were vandalised and taken over by Trinamool goons. Many of our MLAs and functionaries were lured or threatened into joining the Trinamool. It was completely undemocratic,” said CPI(M) leader and former health minister Surya Janta Mishra.

From 2015, when the BJP started emerging as a force in Bengal, it became the Trinamool’s target.

And in her bid to deny any space to any other party, Banerjee has had no qualms about using the state machinery.

Permissions are routinely denied to the BJP to hold rallies or programmes at public spaces. All efforts are made to thwart BJP programmes through deployment of musclemen backed by the state administration.

“What happened yesterday (the attack on BJP chief Nadda’s convoy) has many precedents in Bengal, especially under Mamata Banerjee. I have been attacked many times and my vehicle has also been damaged. I have been prevented from visiting places and from holding political programmes,” said state BJP president Dilip Ghosh.

Admittedly, Banerjee herself faced such attacks in the past. In August, 1990, she sustained grievous head injuries when she was attacked by an activist of the CPI(M)’s youth wing in broad daylight in the heart of Kolkata. There have been a few other attacks on her by CPI(M) cadres.

On 9 April 2013, SFI functionaries who were protesting the death of a young SFI member (also read this) in Kolkata earlier that month heckled Banerjee and state Finance Minister Amit Mitra outside the gates of the Planning Commission.

An angry Banerjee attended the meeting of the Planning Commission, but cancelled her meetings with then prime minister Manmohan Singh and Union finance minister P Chidambaram, and returned to Kolkata.

On her arrival in Kolkata, she proclaimed Delhi to be “India’s most unsafe city” and lamented that “politics had become dirty and nasty”.

“She should remember that incident and reflect on it. She knows how it feels to be attacked and heckled. She should also know that attacks cannot stop a political party from coming to power, or she herself would never have come to power,” said BJP’s Dilip Ghosh.