How Can The Rajya Sabha Be Better Aligned With Public Mandate? 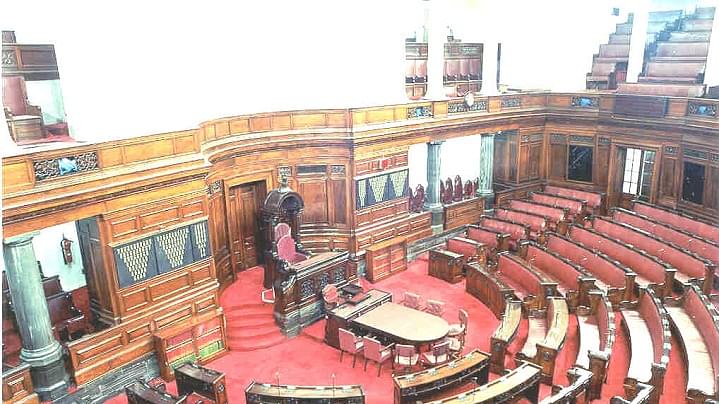 The current difficulty in running parliament owing to Narendra Modi government not having numbers in Rajya Sabha (RS) needs to be looked at rationally and in the spirit of evolution of constitutional democracy. Democracy warrants public institutions to be functioning in consonance with public mandate while dynamics of constitutionalism require periodic changes in the original scheme of the constitution to keep pace with societal requirements. With RS refusing to pass many important legislative bills on ground of political differences with the Modi government, in spite of massive mandate, it has opened up the debate on how to harmonise relations between Lok Sabha (LS) and RS as also how to synchronise the latter with peoples’ aspirations.

When the RS was made, our Constitution makers had taken a middle position between the British Westminster model of parliamentary democracy and the US presidential model. The US constitution gave their Upper House (Senate) powers almost identical with the Lower House (House of Representatives); both Houses enjoy equal legislative and financial powers. In fact, in some matters like treaty making and top appointments, the Senate has more powers than House of Representatives.

As against that, British constitution, on which Indian constitution is largely based, gives subordinate position to the House of Lords (Upper House) vis-à-vis House of Commons (Lower House) both in respect of legislative and financial matters.

The Indian constitution makers took a middle position. Art 107 and Art 108 of the Constitution give almost equal powers to both LS and RS in legislative matters but no powers to RS in financial matters, just delaying power for 14 days! Even while giving equal legislative powers to RS, the intent of the constitution makers was to ensure the predominance of LS by providing for a joint sitting of the two Houses to resolve any deadlock over legislative bills given the numbers of the LS which is more than double that of RS. Thus, RS was virtually given subordinate position even in legislative matters through the institution of joint sitting of parliament. That shows that the makers of the constitution wanted the RS to be a revisionary and advisory chamber, not a decision making or obstructionist chamber, so as to improve upon legislation through their expertise and experience.

The RS is known to be Elders’ House and supposed to add quality to our parliamentary democracy. By acquiring a reputation of obstructing legislative bills and holding parliament to ransom for political reasons, people are steadily developing an allergy to the style of functioning of RS. By holding many important legislative bills, the RS may be able to defeat even the budgetary provisions enshrined in the Money Bills. Budgets are futuristic and many budgetary allocations are fine-tuned to the requirements of proposed legislative initiatives. By giving RS a handle to browbeat legislations, we might, inadvertently, give the House a backdoor power to frustrate the philosophy enshrined in the budget.

Some may argue that to resolve the conflict between the two chambers, there is a provision for joint sitting. True, but you cannot have joint sitting as a matter of routine; joint sitting is only an exception. However, that is not to suggest either the abolition of RS or making its election direct. On that, we have settled opinion in our parliamentary cum federal democracy. But, we must discuss how to make explicit what is implicit in our constitution. For that, Parliament may consider amending Art 107 and Art 108 on the lines of Art 197 so that RS also becomes a revisionary chamber with delaying powers over legislative bills. That will just make the position of RS synchronise with popular mandate without losing its stature, wisdom, expertise and experience. RS is not expected to function on party lines; that must be the prerogative of LS. It should not demonstrate party loyalty over rational principles.

Finally, we must express concern over growing absenteeism in RS debates which are usually thinly attended and has occasional brilliance so far as eloquence or ideas are concerned. The RS TV takes its debates in public domain and not many are inclined to watch it for understanding issues at hand or learning debating skills. And, that when tax payers have to shell out more than rupees two lakhs per month on every member of RS (Rs. 50,000/salary, Rs. 45,000/office expenses, Rs. 45,000/constituency allowance, Rs. 2000/daily allowance on duty and several other perks). Democracy comes with a cost; people don’t mind that provided parliamentary days are not wasted and RS members appreciate the sensibilities of the people.