K P S Gill: The Super Cop Is No More 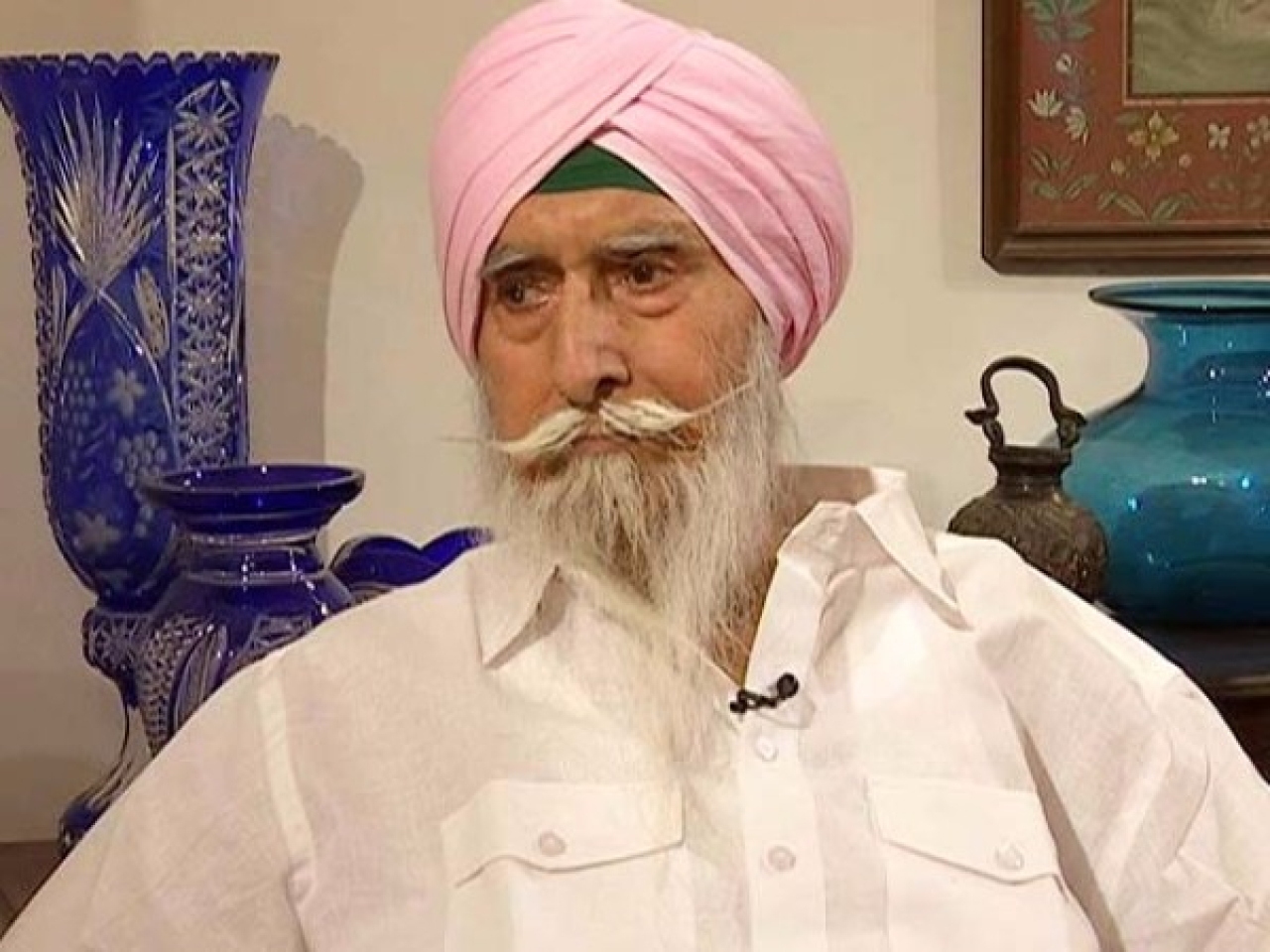 Kanwar Pal Singh Gill, who passed into immortality today (26 May), shall always be remembered as one of the greatest sons of Mother India. A super cop committed to the integrity of the nation and safety of her citizens, K P S Gill was largely responsible for quelling the spread of separatism in Punjab.

Created by vote-bank politics of myopic Indian politicians who valued immediate political gains over the unity of India, the Khalistan problem was later turned into a full-blown terrorist phenomenon by Pakistan. Indira Gandhi allowed the growth of Jarnail Singh Bhindranwale and his group to terrorise the non-Sikh Hindus. Massacres, and the resulting bitterness, built up slowly between the two communities which have stood by each other historically and nurtured each other spiritually and culturally.

The Congress created anti-Sikh apartheid rules during the 1982 Asian Games held at New Delhi. The situation was allowed to escalate in such a way that, at last, the Indian Army had to enter the Harmandir Sahib. The event turned into a permanent scar in the psyche of the Sikhs.

Then, the assassination of Indira Gandhi in 1984. She became a victim of the bullets fired by her Sikh bodyguards as well as her political game of divide and rule. The 1984 anti-Sikh riots executed by the storm-troopers of Congress was then followed by terrorist activities carried out by Sikh extremists in Punjab.

It was at this juncture, with the emotional alienation of Sikhs almost complete and Pakistan overtly supporting Sikh secessionists, that Gill appeared on the scene.

An officer of the Indian Police Services batch of Assam cadre (1957), Gill had field experience in dealing with politically linked secessionist terrorism of the United Liberation Front of Assam (ULFA) in the 1980s. He and his men in uniform put themselves in the line of fire of the terrorists. They fought not only the terrorists but also the human rights mafia who tactically supported the terrorists, who, in turn, also received support from across the border.

By 1993, the secessionist terrorists were dealt a decisive defeat. And then began the media witch-hunt against the very people who ended terrorism in Punjab.

As Gill himself wrote in a moving letter to then prime minister of India, I K Gujral, “The ultimate irony is that the instruments and institutions of democracy are, today, arrayed against the very people who made democracy possible in Punjab. For those who were comprehensively defeated in the battle for ‘Khalistan’, ‘public interest’ litigation has become the most convenient strategy for vendetta.”

Gill was a thinking cop, a visionary who analysed and understood the problem of religious terrorism. He saw terrorism as low-intensity war being waged against India. He always went beyond the physical infrastructure of terrorism and prophetically zeroed in on the ideological heart of the phenomenon from which terrorism takes shape. For instance, he points out in his book on Khalistani terrorists, Punjab, the Knights of Falsehood, how the myth of Brahminical conspiracies forms the basis for Sikh separatism. He writes,

… in a nation where the very idea of communal majorities is being reduced to a mockery from day to day, the image of a ‘persecuted minority’ has been irresistible to a growing number of Sikhs. In a nation where the Brahmins are themselves rapidly acquiring the status of a victim community, the Sikhs still seek to discover a ‘Brahmanical conspiracy’ in every aspect of their lives.

If one considers the political discourse of radical Islamism in Tamil Nadu or remembers the posters accusing ‘Brahminism’ of killing Afzal Guru which appeared in the Jawaharlal Nehru University campus, one can appreciate the depth to which Gill has gone to in studying Sikh terrorism. At the same time, he was well aware of the crimes committed against the Sikhs. He pointed out that the cause of Sikh militancy was the political game played by the politicians in New Delhi. He considered “high-level complicity of New Delhi” a reason for terrorism in Punjab. “Eager to consolidate its political hold over the state, the ruling party at the centre was prepared to ignore political violence when it served to intimidate opposition parties at the state level. This gave a kind of encouragement to the acts of terrorism.” He recorded painfully what needed to be done.

The nation and successive governments have sought the Sikh people’s forgiveness for Blue Star, but the principal perpetrators of the ‘84 riots still walk free. The entire Indian people, and the State, will have to clear this hideous stain; and this can only be done by punishing the guilty without fear or favour.

In February 2002, the attack took place in Godhra and later rioting in the state of Gujarat. In about three months time, Gill became the security adviser of Narendra Modi and served in that capacity for the next eight crucial months. When his authorised biography was getting published a decade later, Gill announced emphatically, “Through the pages of this book, I want to make it clear to one and all that Modi was never communal in his conduct during this whole mayhem.”

That Gill was able to successfully contain such a vile form of terrorism this country has ever suffered, comes from the fact that he always took a rational, humanistic and holistic approach to containing terrorism. He neither vilified an entire people or a community nor created apologies for religious terrorism with words such as “misguided youths”. On the other hand, he wanted religious education to become rational and scientific. He rejected the ‘clash of civilizations’ thesis of Samuel Huntington, which was embraced in early years of 2000 by many in right-wing political circles globally. Gill wrote,

The ‘clash of civilizations’ thesis has elements of a self-fulfilling prophecy – the more we believe in it, the greater the probabilities of its realization.

Writing about terrorism, he pointed out the global connectivity we see in the emerging ‘noosphere’. Then he said, “It is through the strengthening of these integral and global interconnectivities, through their continuous and deeper penetration into the recesses of poverty and dispossession among marginalized populations, through, crucially, a radical investment in and reform of education, that a final victory will be shaped.”

One of his lasting contributions to combat terrorism in such an interconnected digital world is the South Asian Terrorism Portal, which was launched in 2000. He observed terrorism-related incidents occurring in India all the way till the end. His last article, dated 1 May 2017, was on the Maoist attack on Central Reserve Police Force men in Sukma. He pointed out there that counter-insurgency operations were not isolated events but a “long war”. Perhaps these words can be taken as his parting advice to the nation.

The core principle of CI [counter-insurgency] is attrition, not an abrupt and dramatic overwhelming of the adversary. CI campaigns demand tremendous tactical adaptation within an enduring strategic framework. Unless the state demonstrates determination, and an unwavering commitment to a well-defined CI strategy, operational gains are quickly lost.

As the nation mourns the passing of this great hero, the one who saved Punjab, it is time – I request the government at the centre and the state of Punjab to include a reference to his life and accomplishments in our school curriculum, and pass his valuable lessons on to the next generation.