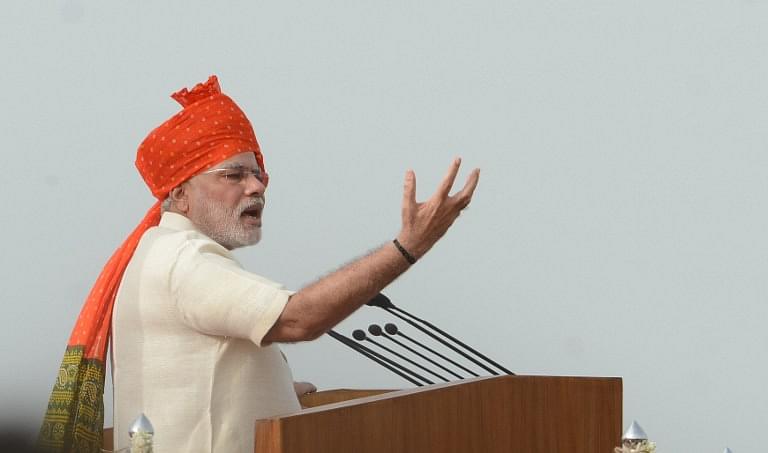 The Bhartiya Janata Party’s rise from a mere 2 seats in 1984 to 282 seats in 2014, in a short span of thirty years, is no mean feat for any political party.  It is not often that one sees a new party, which one backed when one was eighteen, in power even before one retires. Much of the credit for this goes to the leadership of A B Vajpayee and L K Advani, who deftly steered the party for long years to lead the first NDA government in 1998.

But the inflexion point came when Prime Minister Narendra Modi led the party to a simple majority in the Lok Sabha elections held in the summer of 2014. It was for the first time in thirty years that any one party had a majority on its own. The mandate Mr Modi got was so massive that the second largest party did not even qualify to get the constitutionally mandated Leader of Opposition post.

The BJP won decisively in big states and represented seats as far and wide as Ladakh in the north and Kanyakumari in the south; it represented Kutch in the west and Arunachal Pradesh in the east. Perhaps the only exceptions to this stellar performance were the states on the east coast and in southern India.

The BJP had never been a force to reckon with in the states beyond the Vindhyas but 2014 seems to have turned the tide. In Tamil Nadu, a state dominated by Dravidian parties, the BJP clocked a spirited 5 percent plus vote share. In Kerala, the party breached the 10 percent mark and in states of Telangana and Andhra Pradesh put together, its vote share jumped to 17.7 percent, an improvement of 14 percent over 2009. Even in Karnataka, the BJP registered a 2 percent increase over an already high 41.4 percent in 2009.

A poll done by ITG-CICERO that just appeared yesterday revealed that if the Lok Sabha elections were to be held again in 2015, the BJP’s vote share in Kerala would go up by 5.2 percent to 16 percent. It also showed the BJP gaining in Telangana and Odisha.

These uptrends are not without reason. PM Narendra Modi, it seems, has been deeply conscious of his party’s limitations in the southern states and has relentlessly focused on reaching out over the last two years. The first indications came when he visited the ashrams of Mata Amritanandamayi and then Sivagiri Mutt, founded by the legendry social reformer Shree Narayana Guru, who led the dominant backward Ezhava community to awakening, in Kerala. He subsequently also addressed a gathering organized by Pulayas, a Dalit community, and assured them that the recommendations of the Ranganath Misra Commission report would not be implemented.

A few days ago, at a function in Delhi to commemorate the 152nd birth anniversary of Sant Ayyankali, another prominent social reformer of Kerala, he spoke about achieving ‘samarasta’ or social harmony and not just ‘samata’ or social equality. Together, the Ezhava and Dalits command a dominant vote share and have traditionally been supporters of the Left but they backed the BJP in the recently held general elections. In addition, the rescue of several hundred Malayalis from conflict zones in the Middle East and Africa has endeared the Narendra Modi government to the people of Kerala.

Tamil Nadu has been another state that has been high on PM Modi’s agenda. From stitching up the earliest coalition for the 2014 Lok Sabha elections to speaking strongly in defence of the fishermen in the Palk strait between India and Sri Lanka, Mr Modi has done it all. His recent visit to Jaffna, the war ravaged town in northern Sri Lanka, a first for an Indian prime minister in 28 years, was hugely symbolic as it signaled India’s support for the largest minority in Sri Lanka who share a common cultural and religious bond with the Tamils of India. Given that TN’s politics, for all these years, has anchored itself to the cause of Tamils in Sri Lanka, Mr Modi’s gesture would go a long way in winning the confidence of the people.

Andhra Pradesh, the one state which was dominated by the Indian National Congress, fell apart after the Gandhis partitioned the state into two in the most cavalier manner, consigning the efforts of Potti Sreeramulu to the dustbin of history. Amidst a tsunami of emotions on both sides of the political divide, Narendra Modi, in a rally in Hyderabad, invoked the legacy of NTR Rao, which was significant. By doing so he not only pressed for consolidation of the anti-Congress vote but also appealed to the people to cherish their shared history, culture and heritage. It required a great deal of political courage and conviction but PM Modi took the path less traveled. The results in the ensuing elections were there to see. In the coming days too, as the Modi government steps in to help the respective state governments shape the future of its people, the engagement is only bound to grow.

That the BJP chose Bangalore for its first National Executive meet after Amit Shah took charge is significant. The Karnataka BJP has managed to consolidate the anti-Congress vote after the Janta Party coalition withered away after 1988 and held a full term in office in the state until recently. The BJP hopes for a repeat of the same in other southern states as the good work and goodwill it has earned in the state percolates to neighboring states.

Mr Modi’s southern push is audacious yet in the realms of the possible. The green shoots are there for everyone to see. On the way he has already demolished many myths and broken new ground. Will his efforts lead to an electoral resurgence of the BJP in the southern states that together account for 132 seats of which the BJP won only 22? If the indications are anything to go by, there is no reason why they won’t. Clearly Mr Modi believes that at the end of the day, let there be no excuses, no explanations, and no regrets.

Amit Malviya is a senior banker and an early stage investor. He is interested in politics and economics.
Get Swarajya in your inbox everyday. Subscribe here.
Tags: