Neither Secular, Nor Socialist 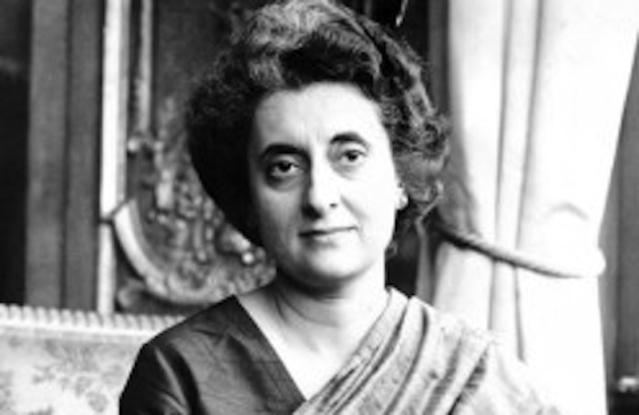 Mrs India Gandhi added two words to the Preamble of the Indian Constitution: “secular” and “socialist”. But India is neither. It is a caricature of both.

The Congress Party, under Mrs Indira Gandhi, succeeded in adding two words to the Preamble of the Indian constitution in 1976. This was effectively the substance of the 42nd amendment of the Indian Constitution. The two words were “secular” and “socialist”.

Mrs Gandhi at that time enjoyed a brute majority in Parliament. In retrospect, it is clear it was done for political reasons. The 1970s were by far the worst years of the Indian political system. It might be termed as the decade of the public sector coupled with Mrs Gandhi’s honeymoon with the Communists and India’s marked tilt towards the erstwhile Soviet model. The addition of these two terms into the Preamble was prompted by a desire for legitimacy by the Congress to establish its allegedly secular and pro-poor credentials.

It is high time we ask whether subsequent developments in the Indian polity and economy have justified their inclusion. Does it reflect prevailing realities?

Another manifestation of secularism is the view that public activities and decisions, especially political ones, should be uninfluenced by religious beliefs and/or practices. The Scandinavian countries for example generally take pride in describing their societies as being secular; Sweden is a good example.

Secularism in the West was a product of the Enlightenment. It was also closely linked to modernism and industrialization. It drew its inspiration from Greek and Roman philosophers including Marcus Aurelius and the materialist philosopher Epicurus (who incidentally significantly influenced the young Marx) and other thinkers including Denis Diderot, Voltaire, Baruch Spinoza, James Madison, Thomas Jefferson, Thomas Paine and Bertrand Russell. The essence of secularism in the West lies in the fact that it is areligious; religion is effectively divorced from the State. This is how in due course the Church was sequestered in Vatican City and stripped of being a contender for political power in Europe.

This is admittedly problematic not the least because the assertion that India is a secular nation is not backed up by any explanation of what this precisely means in the Constitution. Nor do our laws define the relationship between State and religion in our context. Our constitution also enjoins the establishment of a Uniform Civil Code in the Directive Principles of State Policy but successive regimes have found ingenious ways of evading that responsibility despite periodic injunctions from the Supreme Court.

Among other reasons, this perhaps explains why the practice of Indian secularism has elicited so much controversy and debate. While the Indian State is obliged to treat all citizens equally irrespective of their religion, its practice has been unequal since India’s personal laws on such issues as marriage, alimony, divorce and inheritance come into conflict with common law.

The Shah Bano case, on which the Supreme Curt passed judgement in 1985, brought matters to a head. She was a Muslim lady, who on being divorced from her husband, asked for alimony and won the case. Upset by mass demonstrations, the then Prime Minister Rajiv Gandhi performed a signal disservice to the cause of a uniform civil code by enacting a new law that actually deprived only Muslim women of the right to maintenance enjoyed by women of all other communities.

“Nehru’s India,” writes Indologist Ronald Inden, “was supposed to be committed to ‘secularism’. The idea here in its weaker publicly reiterated form was that the government would not interfere in ‘personal’ religious matters and would create circumstances in which people of all religions could live in harmony. The idea in its stronger, unofficially stated form was that in order to modernize, India would have to set aside centuries of traditional religious ignorance and superstition and eventually eliminate Hinduism and Islam from people’s lives altogether. After Independence, governments implemented secularism mostly by refusing to recognize the religious pasts of Indian nationalism, whether Hindu or Muslim, and at the same time (inconsistently) by retaining Muslim ‘personal law’”.

Writing in the Wall Street Journal, Sadanand Dhume criticizes Indian ‘secularism’ as a fraud and a failure, since it isn’t really secularism as it is understood in the western world but interpreted in terms of religious appeasement. He writes that the flawed understanding of secularism among India’s left wing intelligentsia has led Indian politicians to pander to religious leaders and this has led India to take a soft stand against religious militancy and communal disharmony in general.

It is therefore legitimate to state that India is not a secular state in the Western sense. It is even less secular when you consider the practice of secularism in the Indian context. When the word was incorporated into the Preamble, the inspiration was Western (global) but the interpretation was Indian (local) and they have yet to be satisfactorily reconciled. As sociologist Pratap Bhanu Mehta once put it, the biggest mistake of the Congress was to use secularism as a point of political blackmail, which effectively meant vote for us or face the deluge.

The case for describing India as a socialist state is even harder to defend and even more difficult to sustain. What Indian politicians in general or Mrs Gandhi in particular understood by the use of that term is a matter of speculation. In retrospect, it is abundantly clear that they did not understand it at all. Once again, the exigencies were political: it was prompted by the predominantly left-wing ambience of the 70s and carrying a socialist tag helped to signal a pro-poor public image. It made for good politics in the milieu of the 70s.

Any self-respecting Sovietologist will tell us that the term ‘socialist state’ refers to economies dominated by State ownership, centralized planning and one-party dominance. This symbolized the classic model of development of the Soviet type and was one that took a severe beating with the unceremonious collapse of the excessively centralized economies of the former USSR and the countries of Central and Southeastern Europe. The model is today in disrepute and nearly defunct.

Describing India as a socialist state is clearly an anachronism. The proposition is completely devoid of merit. The liberalization of the Indian economy since 1991, India’s efforts to move away from bilateralism to multilateralism and consciously integrate her economy with the international mainstream certainly merits another description that is more relevant and appropriate. India is neither secular nor socialist. It is presently a caricature of both.