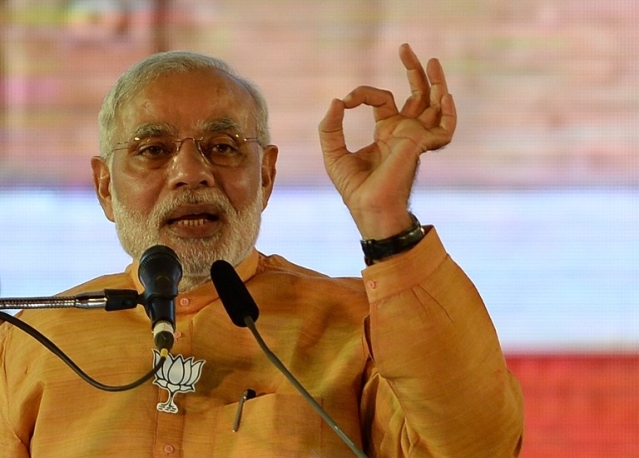 The Prime Minister raised the issue of Indian mindsets. That is a problem citizens must resolve. What about the thing government must do– reforming the system?

Prime Minister Narendra Modi’s “Mann Ki Baat” on Sunday, 26 April, must be analysed critically to make this more meaningful in the future. Also hidden in the 15-minute power-packed speech was the till-now-missing — but much-needed — thrust on institutional reforms that this government has failed to initiate in the last one year while it has been in power.

The speech was remarkable when it touched on the issue of destitute farmers and people affected by Saturday’s earthquake. It represented the desire to fight against vagaries of nature and insulate people from its negative impacts. Being the one who was instrumental in bringing fast relief and rehabilitation in the earthquake-ravaged state of Gujarat, the Prime Minister observed from experience that the need of the hour was first rescue and then relief and rehabilitation. The Indian government under Modi gave one of the fastest responses by sending experts to tackle disaster impacts in Nepal.

The second issue, for which he should be complimented without any reservation, is the focus on removing manual scavenging. Gandhi had spoken of this as a scourge on humanity — that some people carry night soil of others on their heads. There were no flush toilets at his time; to sensitise people towards the inhumanity inherent in cleaning others’ faeces, Gandhi would clean the toilet after using it. It’s a shame that, almost 100 years later, this is still an unresolved issue, flush toilets notwithstanding. Now officials responsible for a particular area in the block should be penalised if Modi’s mission of building toilets in villages where people defecate in the open is not accomplished in a time-bound manner.

The laudatory step taken to honour BR Ambedkar, such as construction of a memorial in his name in Mumbai, is a good symbolic gesture. However, a true salute to him would entail stressing on the need for education of the downtrodden, which Dr Ambedkar had rightly emphasised as a way to empowerment. Modi has been talking about this more vociferously, but translation of the idea demands determination on part of the states. Education is on the Concurrent List while the Centre can at best frame the curricula of central boards and manage Kendriya Vidyalayas. Opening a school is a Herculean task in most parts of India; the licensing is so tough that only the super-rich qualify (that, in turn, makes education in public schools expensive). To make education reach all, educationists who have relatively humble economic backgrounds should be permitted to teach institutionally through smaller schools while government can concentrate on certification of students’ competence alone.

Three issues touched upon by the Prime Minister demand institutional reforms and call for changing the mindset of policy makers. He said that the people were ahead of the government and wanted to do something. Mere homilies, a sincere heart or the habit of passing the buck would not help. People look up to Modi for solutions. People will judge him by his efforts in finding solutions and the efforts must be seen in the field.

The three issues were distress of farmers and resulting suicides, public criticism of Indian cricketers and people resorting to vandalism after accidents. All these three appear to be mutually disconnected issues, but they may require the same solution. Here, one may disagree with the contention of policy makers asking people to behave rather than applying correctives.

First, farmers are distressed due to their crops being destroyed by bad weather. They have nowhere to go. One may have taken loans for his child’s marriage or for another social work in the expectation that he would repay it when he has a good crop. Suddenly the world has collapsed for him, exposing him to brute moneylenders who are often in nexus with politicians and police. When government fails to provide immediate relief to him, he takes recourse to the last step — ends his life — perhaps expecting that the money that would come as compensation for his death would take care of the family!

One cannot blame the Prime Minister since this is primarily the task of the state government. But Modi must mull over a few things. The NDA government under Atal Bihari Vajpayee had brought crop insurance scheme with much fanfare and Kisan Credit Cards for institutional credit to farmers. This was done to demolish the system of private loans that wreaked havoc in rural areas. Either the two schemes have failed or they have not been implemented fully. Who should be taken to task for this?

An ordinary farmer does not trust the institutions successive governments have put in place. To him, the BDO (Block Development Officer) and the DM/DC (District Magistrate or District Collector) are mai-baap (dreaded parents) on whose mercy he depends. Go to any DM office and see how a farmer pleads and the DM in power dressing walks out like a king. Can such insensitive officers be expected to do justice to the poor farmer?

Modi in his earlier avatar as Chief Minister of Gujarat had tried to make officials more accountable through his Swagat scheme of grievance redress under which he would listen to complaints of people in full public view and complete attendance of relevant officials. This instilled fear among bureaucrats who were scared of any complaints going to the chief minister. Since, as the Prime Minister, Modi cannot do much due to the federal structure, he should at least initiate administrative reforms to ensure that bureaucracy is made more accountable. Nothing prevents the BJP-ruled states from acting on recommendations of the latest Administrative Reforms Committee. This would put pressure on other states as well. What the police should do in such a situation of distress would be an important aspect of change, too.

What a farmer needs is counselling by experts to prevent him from taking a drastic step and to guide him to thrive in agricultural business. The farmer needs psychiatric help within easy reach. Keep officials out — they instill fear rather than inspiring confidence.

After lauding the contribution of women in society and especially congratulating Sania Mirza and Saina Nehwal, the Prime Minister surprisingly batted for Virat Kohli and his girlfriend, actress Anushka Sharma — without naming them — who bore the brunt of fans’ taunts after the loss to Australia in the ICC World Cup semi-finals.

It can be debated whether or not taking your girlfriend or spouse to watch matches from the stands affects your performance, but the issue of distraction can be raised in a dignified manner. One may argue that, when you get encomiums for playing well, you should be ready to receive flaks as well. But was Kohli praised for bringing Anushka to the stadium on occasions when he played well? What the fans certainly have a right to criticise are late night parties, drinking, too much socialising etc; such off-field activities do impact the game, and cricket officials have taken umbrage to these activities in the past rightly. Rules must be devised to inculcate discipline and produce men of steel. Learn from Chinese and Russian athletes who follow a strong regimen to bring laurels to the country.

Public anger was also against some inclusions and exclusions by Indian skipper MS Dhoni. When you take a call ignoring suggestions of others, you must be ready to be criticised for taking those wrong decisions. Cricket has become a religion for most Indians; the players better learn to live with critiques from the people who love them otherwise — a love that, among other things, makes companies bestow upon them million-dollar contracts for endorsement of commercial products. Modi should have seen both sides of the coin. The advice that we must appreciate a sport in the spirit of the game is otherwise unexceptionable.

Continuing with his commentary on public reactions, Modi then raised the issue of mobs burning buses and trucks when these mow down people in accidents. While such violence cannot be condones, Modi must have seen the failure of government here as well. A mob signifies people at their wit’s end, having observed that the law never takes its normal course in punishing the guilty. They apprehend the police would be bought over and the driver and the owner would escape the law. An arson in such a situation is actually an expression of complete mistrust on the system that fails to fix responsibilities on any count: Was the vehicle plying on the right road permit? Was the vehicle in a fit condition? Was the driver trained to drive? Was the driver drunk? Was the vehicle moving within the speed limit? If the authority has allowed all these laws to be violated case after case, you cannot blame people’s wrath alone.

The problem with most thinkers is that they try to reform individuals. This is a faulty approach; transforming 125 crore Indians individually is an unthinkably impossible mission. Modi must, rather, reform the system he presides over.