Once Again, Congress And Allies Have Problems With EVMs; Once Again, Here’s Why They Shouldn’t 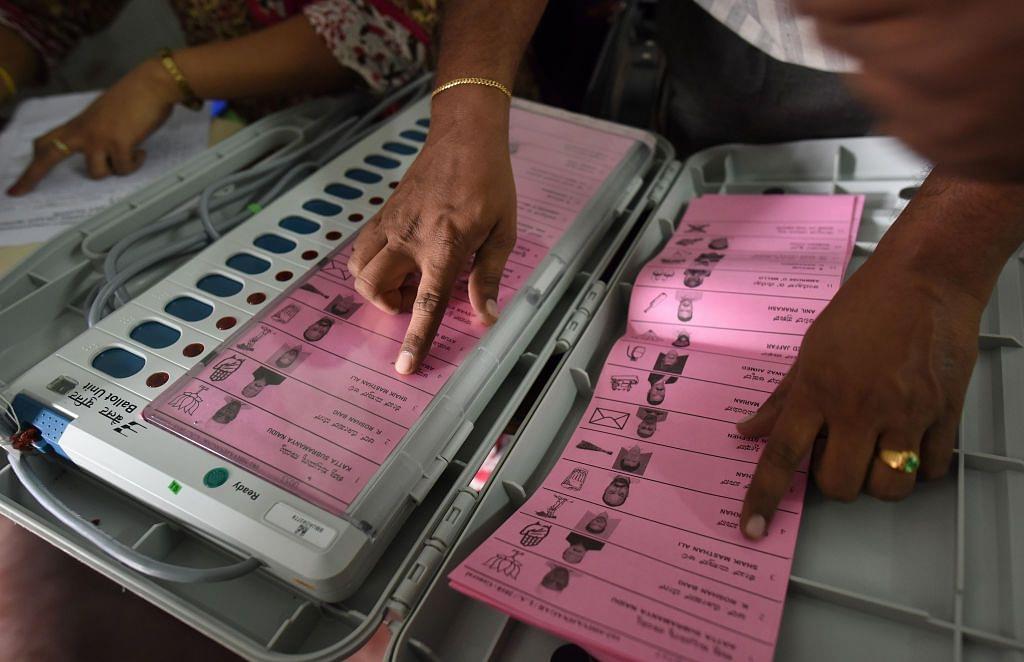 As things heat up in the run-up to the upcoming general elections, the opposition’s favourite topic to attack the Narendra Modi government has reared its head again. A fresh controversy has been manufactured on the subject of electronic voting machines (EVMs) following a hackathon and press conference in London, which had Congress leader Kapil Sibal in attendance.

At this event, an EVM ‘expert’ named Syed Shuja claimed that EVMs were rigged in the 2014 elections as well as the 2017 Uttar Pradesh and Gujarat assembly elections while the recently concluded elections in Chhattisgarh, Madhya Pradesh and Rajasthan swung the other way because they weren’t tampered. He went on to make allegations about former Beed MP Gopinath Munde and journalist Gauri Lankesh, alleging they were murdered to prevent the truth from getting out.

While the Election Commission of India (ECI) issued a statement refuting the claims, and is thinking of taking legal action, the opposition went a step further. Many opposition leaders led by Rahul Gandhi, came under the banner of ‘Save the Democracy’ to discuss a joint strategy on the issue of EVMs. Rahul Gandhi took this platform to yet again raise questions on the efficacy of EVMs and discussed the need to assure people by asking the Election Commission to revert back to paper ballot.

This united opposition unity raising doubts on EVMs has further mainstreamed certain questions which could at best be considered dubious. But it must be asked again, “Can EVMs be hacked”?

The answer still remains a firm no, for an EVM cannot be ‘hacked’ as per the definition of the term, which implies unauthorised access.

Why EVMs In The First Place?

The ECI introduced EVMs to make the election process smoother and faster. Data from the agency shows that 2.6 people in the age group of 18 to 19 years have already registered for the 2019 elections. With such a huge electorate, paper ballots will be a major logistical headache.

Prior to EVMs, the paper ballot system had a wide range of issues. Among them were cases of ballot stuffing where unmarked ballot papers incorrectly marked or sprayed with ink were inserted into the box, thus leading to their rejection. Add to this the task of opening each folded paper and then counting votes and then recounting them. Clearly, EVMs were a life-saver in such situations.

As explained before, the EVM consists of two units. A ballot unit (BU) and a control unit (CU). The control unit stores the votes after being cast and also allows the booth officials to turn on the ballot unit when a voter goes to cast his/her vote. The ballot unit is where the voter presses the button against the candidate of their choice. Once a vote has been cast, it automatically deactivates itself till the next voter comes in and the officer in charge turns it back on. Both devices are connected by a 5-metre-long cable. The entire device runs on a six volt alkaline battery, thus making it usable anywhere, even without electricity. It can store 3,840 votes, which is more than twice the number of voters at the polling booth – 1,500 voters. In case of malfunctions, an electoral officer covering 10 booths carries spare EVMs.

Voting with direct recording machines (which India uses), is present in other countries as well with Brazil taking the lead. Other countries such as the United States (dependent on a state-to-state basis) and Belgium also use electronic voting.

So, why the angst against EVMs now?

According to reports, electoral fraud and malpractices during the ballot paper era were commonly reported in three states – West Bengal, Bihar and Uttar Pradesh. These three states back then had a combined 181 seats in the Lok Sabha, and now have 162 seats, still a sizeable figure. Along with this, there is the case of naxal violence and parties capturing booths in several states, that complicated matters further.

The general allegation against EVMs is that they are tampered with to help the incumbent win. This is a rather odd accusation given that during the 2014 elections, the Bharatiya Janta Party had been out of power at the Centre for a decade and held power in only four states and two more where it was the junior partner. Further, if EVMs were indeed tampered then why did the party lose crucial elections including Bihar, Rajasthan, Madhya Pradesh and Chhattisgarh? Why would a party that is alleged to desperately stay in power lose seats in such high population states?

So, How Secure Are EVMs?

Coming back to EVMs, there are a host of measures taken both physically and legally to prevent their misuse.

The first and foremost is that the source code of the device is stored on a non-reprogrammable or one time programmable (OTP) microchip. At the time of manufacture, the read-only memory (ROM) of the microcontroller is programmed with the order of the candidates and their corresponding buttons. This data is ‘burned’ onto the device using high voltages to permanently create or destroy internal links (known as fuses and anti-fuses) that cannot be reversed. Thus, the data is programmed permanently and is physically impossible to alter. Since electronics unlike humans does not behave randomly, it is impossible for an EVM to randomly transfer votes.

The third safeguard is the introduction of the Voter Verified Paper Audit Trail (VVPAT).  Mandated by the Supreme Court, VVPAT includes a third unit connected to the EVM that prints the name of the candidate, their party and symbol onto a slip of paper, displays it to the voter (while still inside the device) and then drops out of site. This acts as a double-checking mechanism for voters to confirm who they voted for.

The final point is the election itself. It was widely reported in 2017 that a group of hackers managed to report vulnerabilities in an EVM in about 90 minutes at Defcon, an annual hackers convention held in Las Vegas, Nevada. This is, in an ideal situation. Hacking an EVM in real time during the elections, with state and central police officers, election officials, voters and political workers around, would make that impossible. With a total of 927,553 polling stations during the previous general election, it is a huge logistical impossibility to try and hack into EVMs.

What Should The ECI’s Course Of Action Be?

The ECI should logically run multiple campaigns to assuage voters about the safety and reliability of EVMs, particularly in rural areas where voters may be taken in by claims from the opposition.

Hyderabad-based Electronics Corporation of India Limited (ECIL) which along with Bengaluru-based Bharat Electronics Limited (BEL) manufactures the EVMs has refuted all claims that Syed Shuja was employed by them. ECIL also denied Shuja’s claims that he designed the EVMs used in 2014. The ECI also filed a complaint with the Delhi Police following this.

However, what is important to note is that the ECI is a constitutional body and not a political entity. The opposition’s attacks on the ECI is akin to casting aspersions on the democratic process of the country itself and is not the same as attacking the Bharatiya Janata Party over its perceived misgovernance.

The ECI should take cognisance of the matter and impose a penalty on those attacking the process itself.