Pollachi: The Answered And Unanswered Questions 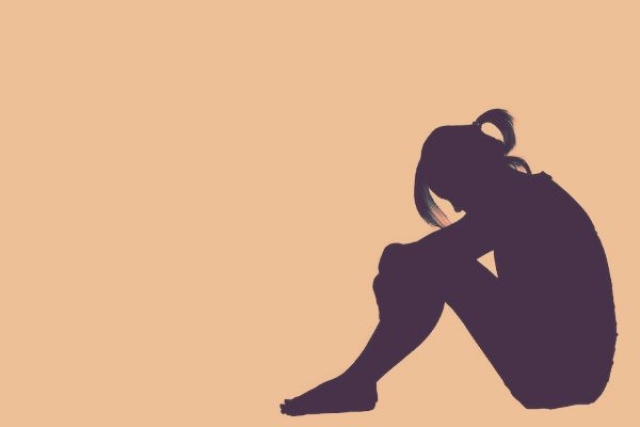 On 12 February this year, a 25-year-old youth in Pollachi called his girlfriend, befriended through social media, for a picnic. The youth, Sabarirajan, asked his girlfriend to get into a car. Three of his friends were also in the car.

At a secluded spot on the road to Dharapuram from Pollachi, Sabarirajan misbehaved with the girl. One of his friends, sitting in the front seat of the car began to take a video of it on his mobile phone.

Shocked, the girl began screaming. Angered over the girl’s reaction, Sabarirajan and his three friends sexually assaulted her and threatened her with the video they had taken.

Later, they snatched the gold chain the girl was wearing and pushed her out of the car. The girl then rushed home and told+

everything to her parents and brother.

The girl’s brother caught hold of Sabarirajan and Thirunavukkarasu, one of the three friends, and thrashed them. He also walked away with their mobiles, and to his shock, found videos of some other girls in them.

Following this, Sabarirajan and his friends then approached a few persons to help them in the case. This included “Bar” Nagaraj, a local leader associated with All India Anna Dravida Munnetra Kazhagam (AIADMK). Nagaraj heads ‘Amma Peravai’, a forum set up in the name of the late AIADMK leader Jayalalithaa for party activities.

Nagaraj called and threatened the girl’s brother against escalating the issue. He also encouraged Sabarirajan and his friends to file a police complaint. This only made things worse for them.

In view of the complaint, the girl’s family approached a businessman in their village and through him took the issue to Pollachi V Jayaraman, Tamil Nadu Assembly Deputy Speaker, on 25 February. Jayaraman said he would ensure justice for the girl and on 26 February when he returned to his village, he asked the police to register the complaint against the four and take action.

On the same day, Sabarirajan and two of his friends were taken into custody, while Thirunavukkarasu absconded. He was later arrested on 5 March. “Bar” Nagaraj has also been arrested. All the five have now been detained under the Goonda Act.

The same day, Jayaraman told the media that he had requested the police to get to the bottom of the issue and bring the culprits to book.

This then, was how the Pollachi scandal began to unravel.

As you read this, the scandal has rocked Tamil Nadu, especially the social media, and shocked the people of Pollachi, a town about 525 kilometres west of Chennai.

The latest in the Pollachi story is that Pollachi V Jayaraman has filed a case against V Sabarish, son-in-law of Dravida Munnetra Kazhagam (DMK) president M K Stalin. In turn, Sabarish has issued a defamation notice against the Deputy Speaker.

How Then Did It Get Political Colour?

During the time he was absconding, Thirunavukkarasu circulated a video on WhatsApp saying many politicians were involved in the video scam and he would expose them. (Jayaraman says Thirunavukkarasu has pleaded for help from “thalapathy”, which, he says, obviously refers to Stalin.)the

The whole issue turned murkier this week after Tamil weekly tabloid Nakkheeran came out with a video presented by its editor Gopal. In the video, which has been viewed by over 4.7 million till now, the tabloid has alleged that one of Jayaraman’s sons, Praveen, was also involved in this.

Gopal has claimed that Sabarirajan and his friends have over 1,100 videos. The number of such videos seems to be increasing by the day with some even putting it at 1,500.

The number of victims is also increasing. From 20 to 200 and now, 250. One of the allegations against Sabarirajan and his three friends - Sathish and Vasanthakumar being the other two apart from Thirunavukkarasu - is that they have been doing this since 2012.

The issue with the Nakkheeran video is that nowhere in it is there anything to link Praveen to the crimes. Gopal though links a mishap that Praveen was involved in 2017 to the video expose.

According to Gopal, Praveen, then a student at PSG College of Engineering, was involved in an accident when a car driven by him hit a road median resulting in the death of a girl. The tabloid editor alleges that probably, Praveen was up to some mischief with the girl and this resulted in the accident.

Jayaraman has dismissed this allegation. He says Praveen went out with his classmates, including girls, to a nearby restaurant when the steering got locked, resulting in the mishap.

Gopal has claimed that when his reporter called up Jayaraman for his views, the latter had reportedly responded saying that Praveen’s age was one in which he would not indulge in such activities. Jayaraman, in an interview to Puthiya Thalaimurai television, has denied this, saying even a 12-year-old can indulge in sex and he had not responded as claimed by Nakkheeran.

Jayaraman alleges that the DMK is trying to divert the attention since one of its leaders could be involved in this case going by Thirunavukkarasu’s video.

The Nakkheeran video has given some ammunition to the opposition, led by DMK, in Tamil Nadu at a time when elections to the Lok Sabha and by-elections to 18 assembly seats are round the corner.

Jayaraman and others who feel that the issue has been politicised allege that the scandal was escalated a day after the Election Commission announced the dates for the polls.

The girl, who was the victim of Sabarirajan and his friends, has appealed through an audio on WhatsApp to not politicise the issue. She said she had gone to the police only because she didn’t want other girls to become victims, or suffer.

Both of them say that Jayaraman had helped them in getting the perpetrators of the crime arrested and registering a case with police.

One of the regrettable things that has happened in this case is that the name of the girl has got leaked, which the police say was inadvertent. Police have also appealed to other girls to come forward and complain if they have also fallen victim to these four men.

Allegations against police are that they have booked the five in custody under sections that are not very serious but others argue that the case can be made water-tight during filing of charge sheets.

The case against the four is that they had disrobed the girls, taken videos and threatened them to earn money or jewels as ransom. There are also allegations that these girls were often called over mobile phones to provide one of the four or their friends sexual favours.

Theories and allegations are aplenty over this whole episode and there is still no clarity about the number of victims. There is also an allegation that even married women were trapped, while another is that the unoccupied farmhouse of Thirunavukkarasu family was used for the crimes the four committed.

These allegations have all led to a vitiated atmosphere in the Pollachi region. But there are questions that beg for an answer:

– One, one incident came to light on 12 February and a case was registered on 26 February. Why was the media silent until the last week of February to highlight the issue?

– Why are political parties, especially the opposition, raking up the issue only now?

– What is the link between an accident in 2017 involving a group of college students and the video scandal now? Is there any proof to link both?

– Who was responsible for leaking the victim’s name in public?

– Who gave shelter to Thirunavukkarasu when he absconded and why does he refer to ‘thalapathi’?

– How many such videos have police unearthed and what is it doing to help the victims? How did the videos reach Nakkheeran magazine?

– Why is the media making wild speculations on the number of videos on these abuses and the victims? How many women have exactly been affected?

– Isn’t sensationalising the issue preventing other victims to come forward and file a complaint? Has anyone really thought of the trauma the victims and their families will undergo in view of all this?

– Why is media selective in taking up sexual harassment issues? It ignored the complaints of singer Chinmayi when she accused Tamil lyricist Vairamuthu of sexual harassment. A couple of other women too came forward but the media looked the other way.

– In Chinmayi’s case, a caste angle was brought in to divert the attention. In the Pollachi case, the victim’s audio appeal to not politicise it is being derided and some are even calling her names. How many are really aware of the situation the victim and her family have been pushed in to?

– What has been done to sensitise young girls to misuse of social media? What is being done to make them aware of the dangers?

– DMK is seeking justice for the victim. Good. But has DMK meted out justice to its own women cadre who have complained of such harassment? A woman cadre was expelled from the party for making such a complaint.

On its part, the ruling AIADMK has asked the Central Bureau of Investigation to investigate the case.

Political parties must not sensationalise such incidents. The governments, both Union and state, should not only hold the guilty to account but also ensure the victims and their families get help, especially psychological, to overcome the trauma.