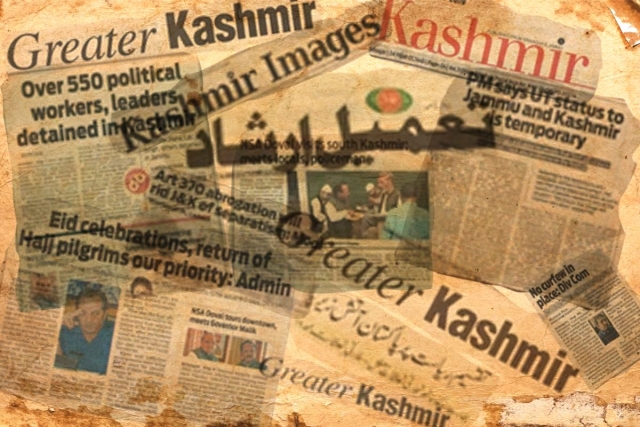 The Press Council of India’s (PCI’s) move to intervene in a writ petition filed by Anuradha Bhasin of Kashmir Times, on the restrictions imposed on media and movement in Jammu and Kashmir (J&K) after the abrogation of Article 370, appears to have split the body.

Some critics have alleged that the move came unilaterally through PCI chairman C K Prasad without adequate discussions in the council. This is in line with some motivated campaigns by media persons who are ideologically opposed to the Narendra Modi government, and the restrictions on media in Kashmir have come as a handy stick to beat the government with.

The temporary restrictions, intended to prevent the spread of news that may inflame passions and/or ignite violence, have been labelled as an assault on press freedom. Some members of the Editors’ Guild of India too have been on the same page as the critics of Prasad’s move.

What may have got the critics’ goat was the wording of the PCI petition, which read thus: “The rights of the journalists/media for free and fair reporting are, on the one hand, and national interest of integrity and sovereignty, on the other. Hence the applicant (ie, PCI) is of opinion that it should present its views before this court and assist the court in deciding the instant writ petition justly in the interest of the freedom of the press as well as in the national interest.”

In the Modi era, any reference to national interest is like a red rag to his critics, and this is what may have split the PCI.

The petition is actually balanced and underlines the need for freedom while recognising its limits in certain circumstances. The critics seem to have forgotten that the PCI petition is in line with what Article 19 promises in terms of freedom of speech and expression, which comes with limits.

The article’s second clause clearly sets these limits in stone. “Nothing in sub clause (a) of clause (1) (which refers to free speech and expression) shall affect the operation of any existing law, or prevent the state from making any law, in so far as such law imposes reasonable restrictions on the exercise of the right conferred by the said sub-clause in the interests of the sovereignty and integrity of India, the security of the state, friendly relations with foreign states, public order, decency or morality or in relation to contempt of court, defamation or incitement to an offence.”

The PCI’s internal critics seem to forget that India is not a completely free speech country like the US, whose first amendment to the constitution expressly says so. The first amendment, inter alia, says that “Congress shall make no law …abridging the freedom of speech, or of the press.”

This is not the case in India, and to demand total freedom in a powder-keg situation is irresponsible. For several years now, despite periods of relative freedom from terrorist violence and a stone-pelting public, some districts of Kashmir have been like a war zone. Some sections of radicalised youth have sometimes aided terrorists when the police or the army were in hot pursuit of them. Reporting in a war zone is clearly subject to some restrictions.

The movement curbs and restrictions on media reportage – including curbs on Internet usage that help slow down the spread of fake news – can be seen as necessary in the short term to prevent loss of life and violence.

It is not as if media has not been able to file ground reports on the situation inside a tense Valley. Many journalists have indeed travelled inside Kashmir and filed reports, including reports on sporadic protests and stone-throwing. This is hardly a complete gag on media.

The PCI is broadly on the right track, and as long as it chooses to further the cause of fewer restrictions on media coverage even while keeping state interests in mind, it is acting within the law. It is the PCI’s internal critics who need to read the Constitution.