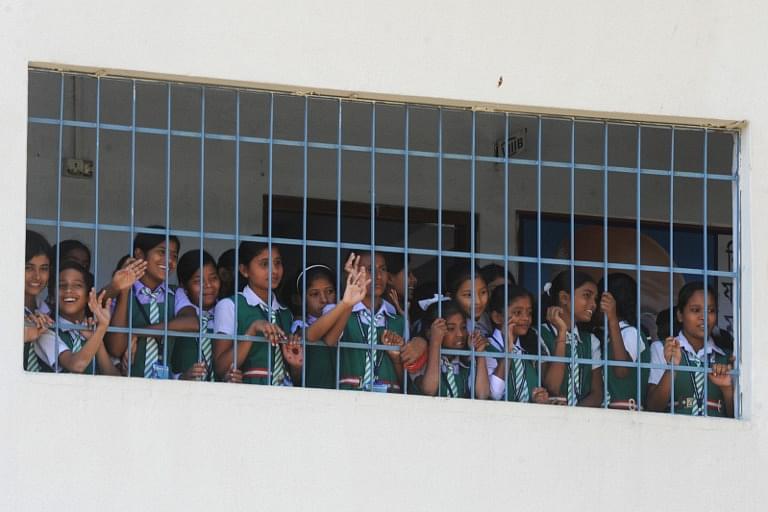 School admission scandals are unavoidable until we are able to fix the root cause: an artificial scarcity of good schools.

The monsoon of scandals is upon Delhi. But while the ones involving politicians and sports administrators are hogging the front pages, one with more far-reaching implications is not. This one involves the Delhi school education system.

The Delhi Police has booked four people for fake admissions under the 25 per cent reserved seats in private schools for economically and socially disadvantaged (ESD) students under the Right of Children to Free and Compulsory Education (RTE) Act. The Act says that the government will reimburse private schools for these seats, paying an amount either equal to the school fees or per student spending in government schools, whichever is lower.

Parents of children eligible for this quota apply to neighbourhood schools and if there are more applicants than the number of seats available, then the schools conduct a lottery to select students. To prove their ESD status, parents provide government-issued income or caste certificates. Even the most optimistic educationists can easily see the problems with this process. These income and caste certificates cost a few thousand rupees. With that down payment, anyone can apply for the reserved seats!

Some parents got the certificates on their own and some not-so-experienced ones found middlemen, or, as it turns out, the middlemen found them. The four middlemen caught by the police reveal another innovative method: they submitted application forms of ‘virtual’ children and after securing the admission, they had parents change identity of their real children into the virtual ones! The middlemen did all the paperwork, and according to media reports, a few parents did not even know how their children got into the school, except that they had paid between Rs 1 lakh and Rs 15 lakh.

Who is guilty for these school admission crimes? The middlemen, of course. Four are in custody and I am sure many more could be found if the police really wants to find them. The police are investigating some school principals and staff about whether they were aware or involved in these transactions. The students would lose their admissions if found guilty. So the middlemen, schools, students and parents would get the punishment for what they have done.

Is justice served? Who is missing from the list of criminals? The public servants who issued bogus certificates or were aware of the modus operandi. It is true that with today’s technology, the middlemen can create those certificates themselves, without any involvement of public servants. But it should be possible to judge whether the letterheads, stamps and signatures were genuine or fake. From the media reports, it seems that the Delhi Police is yet to recognize this possibility and take any action to pursue government officers.

As it happens in most such scandals, the private citizens are put on display immediately but the police are rather reluctant to act on government officers until a full and fair investigation has been done. Such investigations usually take longer than the life of the scandal. The Delhi government that has been prompt in taking action against corrupt government officers is yet to act about the complicity of officers in school admissions.

One must ask whether it was impossible for the government to foresee such abuses of the 25 per cent quota admission process and take precautionary steps. The stories of misuse have been there from the beginning, when the RTE Act came into force in 2010. One of the TV channels had an expose of a private school principal offering admission under the 25 per cent quota and saying that for an extra Rs 3000, she would take care of the certificates too. For five years after this, what did the government do to tackle the abuses?

A couple of years ago, when we at the Centre for Civil Society started to contact high-fee private schools in South Delhi for a project to work with the students who were admitted under the 25 per cent ESD seats, we heard several such stories of abuse. The principals usually ended by claiming helplessness, saying the students had income certificates issued by the government. We also heard about a new method of cheating during the lottery. Paper chits with names were put in a large bowl and a dignitary was to pick out the chits. He was told to pick the cold ones, as those were pre-selected and kept in the freezer until the time of the lottery. Human ingenuity works in wondrous ways.

Most of the abuses were easy to anticipate. As the RTE Act came into effect, I with a co-author, published a monograph on a transparent and fair process of 25 per cent ESD admissions. The basic idea was to have a centralized application and lottery for all schools and all applicants. There would be a single application form, online or offline, on which parents would indicate their top five to seven choices and a computer would select the best match of their choice with other selection criteria decided by the government. All the ESD seats in the city would be allocated at the same time. We also recommended that the neighbourhood criteria for the ESD seats be relaxed to either 5-8 km or the boundary of the ward. Many of the desired schools are clustered in one area while the poor live in a different area of the city. South Delhi, for example, has many such schools but not as many poor living in the area. Before the lottery winners are admitted to schools, the government would verify their ESD status to prevent any misuse.

Most activists and NGOs today support this centralized application and lottery model. Karnataka, Maharashtra, Rajasthan have already put similar models into practice. The Delhi government can learn from their experience and design a robust model for the 25 per cent ESD admissions.

However, I suspect that given the supply-demand mismatch even the centralized process would not be fool-proof. With the above possibility of converting a ‘virtual’ child into a ‘real’ one, some poor parents could be persuaded to sell their seats at high enough price. We would continue to have admission scandals until we reduce the scarcity of good schools.

The ESD admissions scandal hides another scandal. The Delhi government has failed to pay private schools a single paisa for these seats in last five years. One must conjecture that it must be the fear of reprisal that prevents these schools from refusing further admissions until payments are made. Even the parents of the remaining 75 per cent students who are covering for the government default through higher fees fail to raise their voice. Hardly anyone discusses this issue of non-payment. This indicates in how low an esteem the private schools are held by the activists, media and the government. That should be a bigger worry for the private schools than a few bad apples that the Delhi Police may find in this admissions scandal.

Parth Shah is the president of the Centre for Civil Society, which has been advocating freeing education from the licence-permit-quota regime and has implemented a school choice voucher programme.
Get Swarajya in your inbox everyday. Subscribe here.
Tags: