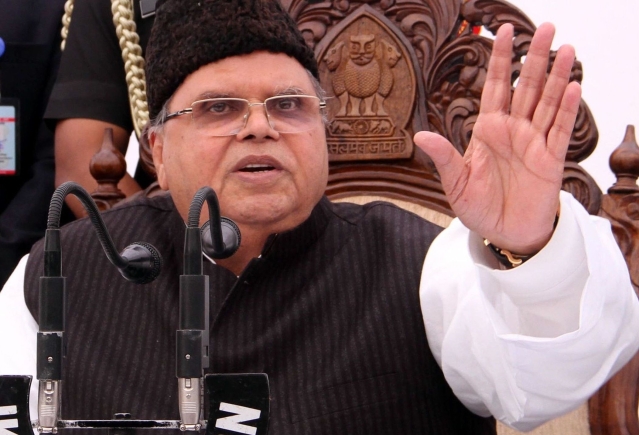 Governor Satya Pal Malik’s sudden decision to dissolve the Jammu & Kashmir assembly even as a coalition led by Peoples Democratic Party (PDP) was about to stake a claim to form the government is bound to be controversial.

While it is unlikely that the proposed PDP-led government, supported by the Congress, and from the outside by arch-rival National Conference (NC), would have been stable, in normal circumstances it is not the job of the Governor to take this aspect into consideration while making his decision. All he needed to do was ask the coalition to seek a vote of confidence at the earliest, and get going.

However, there are good reasons to treat this as an exception, and the courts would be well advised to steer clear of over-ruling the decision of a Governor, who knows the ground situation much better, in a violence-prone sensitive border state. Like the judiciary, governors, legislatures and speakers are key constitutional functionaries, and it does not make sense for judges to undercut their authority repeatedly.

This is not to suggest that governors can’t be partisan or that they often tend to toe the line of the ruling party at the Centre. But if all decisions of governors are seen as reviewable by courts, then it will essentially reduce them to mere dummies. It is not the job of the courts to decide on the motivations of governors when they take constitutional decisions on which parties should be called in to form a government. If governors don’t have even this discretion in a sensitive state like J&K, they might as well not be there.

J&K, as we know, is a special case, and the normal rules set by the Bommai judgement – which said that majorities can be proved only on the floor of the house and not in the governor’s chambers – need not apply.

For one, an unstable coalition of rivals, each with its own short-term political agenda before the general elections, is the worst recipe for governance at a time when terrorists are threatening policemen and army personnel in their homes, and the armed forces need a clear sense of command and control from the political authority. At this juncture, it is the governor who can provide that.

Second, it is far from clear that the attempt to form a government is driven by a genuine motive to provide governance. It may have been motivated more by a desire on the part of Mehbooba Mufti to prevent the PDP itself from disintegrating, given that some of its legislators seemed willing to consider overtures from Bharatiya Janata Party (BJP).

Third, as an anti-BJP coalition of convenience, the PDP-Congress front backed by the National Conference would essentially have been representative of the Kashmir Valley as most of the Jammu seats were won by the BJP. It would have been lopsided in a state where the valley politicians anyway grab an overwhelming share of power.

Fourth, the National Conference has been calling for the dissolution of the assembly for the last five months, and so one wonders why it would have allowed the coalition to continue for long when a general election beckons less than five months from now.

If we consider these factors, it should be obvious that the Governor’s decision is not unreasonable, even if it seems like it was done at the behest of the excluded party, the BJP.

It is a calculated decision by the Governor, and perhaps the least-bad one in the circumstances. The courts would be doing India a disservice by throwing a spanner in the works. There is no need to emasculate and delegitimise the position of Governor further.