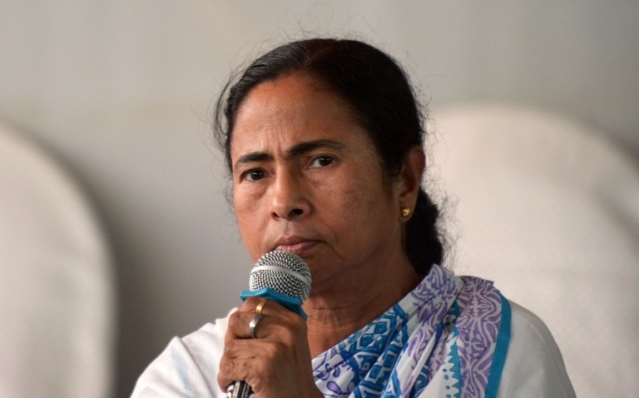 West Bengal has become a state where the rule of law is a myth.

A SUV driven by a Trinamool Congress politician’s son mowed down three barriers, barged into the rehearsal of the Republic Day parade and killed an Air Force officer. No one has been arrested. Par for the course, it seems.

The ignominy that Kolkata Police heaps on itself knows no bounds. And the latest in the long list of shameful incidents that tarnishes the force is the mowing down of an Indian Air Force corporal who was conducting rehearsals for the Republic Day parade outside Fort William—the headquarters of Indian Army’s Eastern Command—early Wednesday morning.

A high-end SUV reportedly driven by the son of an influential Trinamool leader crashed through three steel barriers erected by the police, mowed down the corporal and sped away. A few score policemen armed with Insas rifles, including a few officers headed by one deputy commissioner, simply twiddled their thumbs as the SUV sped past.

What’s worse, they made no attempts to chase the killer vehicle—an Audi Q7 whose on-road price is Rs 90 lakh, which then stopped some 500 metres away before its occupant(s) locked the vehicle and walked away. And not only that,despite learning the identity of the owners of the SUV from documents they found inside the vehicle, the Kolkata Police did not raid the residence of the Trinamool leader. By the time they did so on Wednesday afternoon, the Trinamool leader and his family were absconding.

But it is not that the Kolkata Police is an incompetent force. It has many brilliant officers who have repeatedly proven themselves during stints outside the state. But the force has been reduced to its present pathetic state by decades of political interference and manipulations, first by the Left Front government for 34 years and then by the Trinamool Congress regime over the last five years.

The Left Front government initiated the process of making the police an adjunct of the ruling party. The constabulary was encouraged to form unions affiliated to the Left. Upright officers who would play by the book were hounded out and only those who would follow the bidding of their political masters were allowed to stay and rewarded.

The politicization of the police was carried out in a very insidious and systematic manner. The police, made subservient to the ruling dispensation, were thus made impotent. Not a single case could be, and still cannot be, registered without the approval of the ruling politicians.

What the Left did in a largely subtle manner, Mamata Banerjee and her colleagues have done  very blatantly. Immediately after becoming the Chief Minister, she made it clear to senior police officers that they would have to do her bidding. She has often publicly rebuked and reprimanded even senior officers of Kolkata Police.

The way Mamata Banerjee treated a lady IPS officer, Damayanti Sen, for probing the infamous February 2012 Park Street rape case (Mamata dubbed the incident as a “cooked-up” one and then Kolkata Police commissioner Ranjit Pachnanda termed the rape allegation an “attempt to malign the police and the state government”) that resulted in the arrests and the allegations being proved true sent a stark and chilling message to the senior officers.

Over the past five years, there have been numerous cases of policemen and officers being abused, assaulted and punished for doing their job. Criminals across the state seek and get the patronage of the ruling party. The police have not been able to act against these criminals and whenever they have dared to, the criminals have attacked police stations. This has led to a total demoralization of the forces—both Kolkata Police and the state police. No officer can take any action against any criminal without the express sanction of the local Trinamool leader.

The young man behind the wheels of the SUV on Wednesday morning also had a few brushes with the law in the past. Soon after his father, Mohammad Sohrab, was elected to the state Assembly on an RJD ticket (with the backing of the Left Front) from the Barabazar constituency in Kolkata in 2006, Ambia Sohrab was caught speeding down Kolkata’s Park Street on a motorcycle without a helmet and with two friends riding pillion. He abused and roughed up the traffic sergeant who caught him.

Since then, Ambia, who loves living on the fast lane and is known for his fondness for high-end vehicles, has violated the law many times and has quite a reputation as a quick-tempered lout who flaunts his wealth and his father’s political connections. Repeated police inaction against him would have emboldened him to crash through traffic barriers and mow down an IAF corporal.

After Mamata Banerjee came to power, Mohammad Sohrab switched loyalties to the Trinamool. Mohammad Sohrab’s father was a small fruit-seller at Mechua in Kolkata and Sohrab is said to have accumulated vast amounts of wealth through illegal means. Apart from controlling the Mechua fruit-market now, he has interests in real estate and hotels and is alleged to be involved in hawala and drug rackets.

Successive political dispensations have never allowed the police to investigate and book Sohrab. In 1996, Sohrab (as per the declaration of his assets) didn’t possess a single vehicle. A fleet of luxury vehicles, including a Hummer, a Porsche and a Mercedes, occupy his garage today.

On Wednesday morning, the policemen who had Insas rifles did not fire a single shot since they were given express instructions not to use their weapons without clearance from officers. And officers are again under strict instructions to get prior approval from the Chief Minister herself before they approve of any action against anyone. Even a lathi charge on a rampaging mob requires clearance from the top, and is never forthcoming.

Thus, the cops could never have fired at the tyres of the SUV—as per the standard operating procedure (SOP) protocol in such cases—on  their own. Just as they did not fire at the January 2002 American Centre attackers. They also did not chase the Audi SUV since they would have thought that only a rich and influential person would drive such a vehicle.

And they would not have taken a chance with nabbing such a person who, they rightly thought, would have links with the ruling party. Senior officers who got to know the identity of the owners of the SUV—a company co-owned by Ambia and his younger brother Sambia—didn’t order raids to nab Ambia since they knew his father was a former MLA with close links to senior Trinamool leaders.

It was only after Mamata Banerjee, who visited Eastern Command Hospital where the body of the IAF corporal lay Wednesday forenoon, told waiting reporters that the police should nab the culprit did the police swing into action. By that time, the entire Sohrab family had fled. Kolkata Police, awaiting directions from Mamata Banerjee, had wasted six crucial hours. That was criminal on their part.

It is a pathetic commentary on the force’s impotence. And that is the norm now in West Bengal, a state where the rule of law is today a myth.