The Inherent Bankruptcy Of The Idea Of Arvind Kejriwal: Megalomania And Little Else 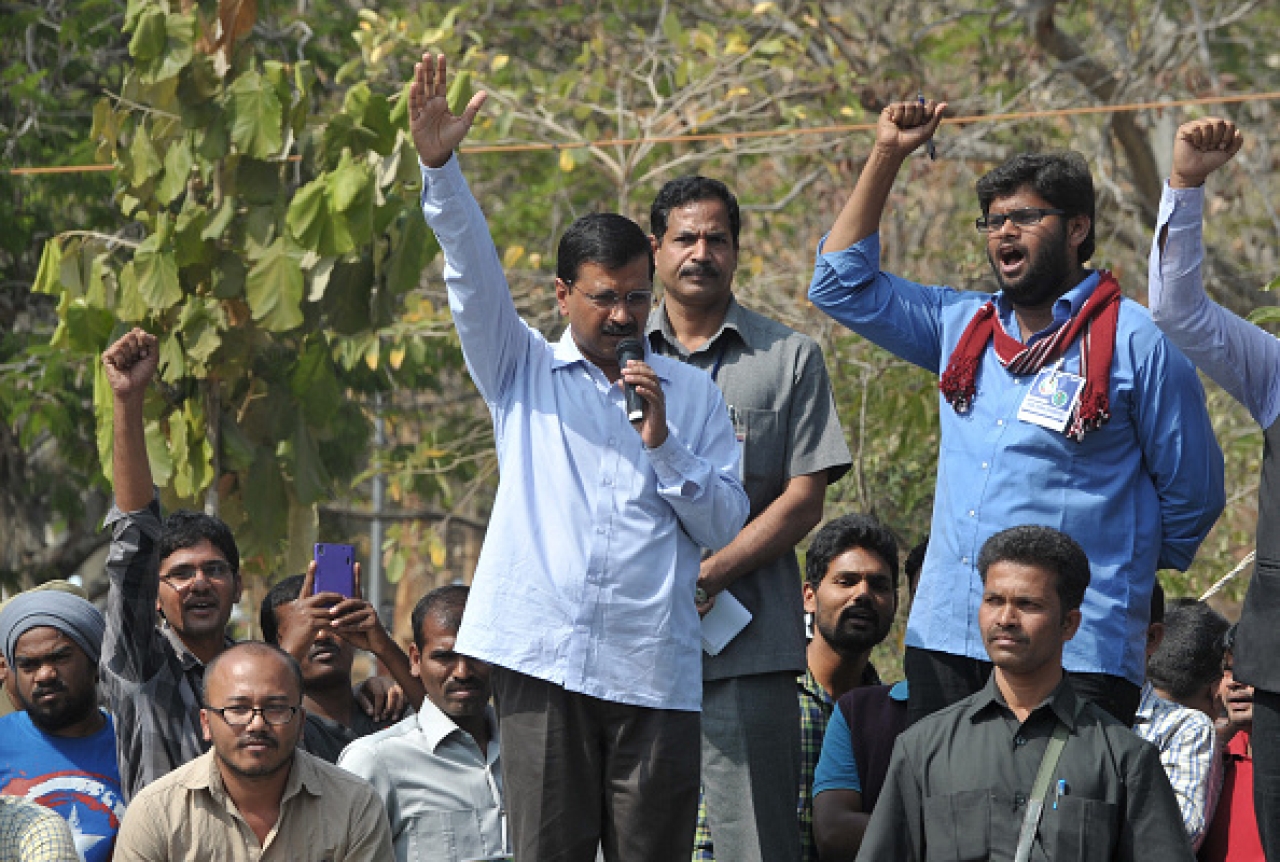 There has been no bigger disappointment in politics than Arvind Kejriwal. The man who swept Delhi off its feet just two years ago, is now bereft of ideas. Nothing speaks of the bankruptcy of the Idea of Arvind Kejriwal more than the fact that the best he could come up with before the Delhi municipal elections is the abolition of house tax.

The world over, property taxes are key to funding city administrations. But in Delhi, Kejriwal wants to sacrifice even the 10 per cent of revenues that come from this source, when the reality is that property taxes are paid only by those who can afford houses. It is a tax waiver for those who can afford to pay it. But it is one of a piece with his previous subsidies to the better-off: a 50 per cent cut in electricity tariffs, and free water for households.

It does not speak much for his confidence in the voters of Delhi, who gave him 67 of the 70 assembly seats that he contested in February 2015. Even with the worst performance in office, parties with that kind of majority are unlikely to lose the next elections held barely two years later. But Kejriwal believes he is a loser. A loser’s ideas cannot ultimately win.

The problem with Kejriwal is that he is all about power, and not performance. He is all about promises, and not delivery beyond freebies. Every issue he embraces revolves around its ability to give him power, not anything else.

Anti-corruption and Lokpal were priorities for him before he became Delhi’s Chief Minister. After elections, it was just another item on the agenda.

When he lost all seats in the 2014 Lok Sabha elections after resigning rather too quickly in 2013 as chief minister over a minor issue, Kejriwal apologised profusely for his exit and promised “Paanch Saal Kejriwal” in 2015. But as soon as he won 67 seats out of 70, the first thing he did was appoint a deputy chief minister, so that he was not burdened by the office of CM. “Paanch saal Kejriwal” morphed into “Paanch saal Sisodia” in practice. The people of Delhi did not vote for Sisodia as stand-in CM since the man they elected was too busy chasing power elsewhere.

He could have chosen to deliver as Delhi CM, and for that he needed to have good equations with the Centre and the Lt Governor, since Delhi is not a full state. But he chose to alienate both of them by needless accusations, and the people of Delhi probably paid for his ego battles.

Kejriwal wanted more power than just what the Delhi Chief Ministership offered, and focused on expanding the Aam Aadmi Party’s footprint elsewhere. This is fine, for no party wants to remain restricted to one jurisdiction if it can find political purchase elsewhere. But in the very first elections he contested outside Delhi, in Punjab and Goa, he came a cropper.

In Punjab, where Sisodia asked people to vote as if they were electing Kejriwal as their CM, the voters did exactly that – and voted against him. They didn’t want an absentee CM who could not deliver in the state he was elected with an overwhelming majority. His party got a lower vote share in Punjab than it did in the 2014 Lok Sabha elections. And the best Kejriwal could come up with to explain his defeat was faulty electronic voting machines. He has been a sore loser who refuses to learn the simple lesson that winning the voter’s heart means more than just staying in the media eye and blaming Narendra Modi for all of the country’s ills and his own failures.

The media wised up to Kejriwal some time ago, when it discovered that the voters thought more highly of Modi than Kejriwal, and it would not be easy to build him up as a rival to Modi in 2019. After Bihar, the anti-Modi media thought that man was Nitish Kumar; and in the run up to the 2017 Uttar Pradesh elections, the media built Akhilesh Yadav as the next rival to Modi. Now that dream of the Lutyens media too lies in the dust.

To his credit, after coming second in Bihar after Lalu Prasad’s Rashtriya Janata Dal, Nitish Kumar realised that he was CM because of Lalu Prasad’s support, and his own claims to national stature would depend on circumstances, and not necessarily on what he himself had to offer. This is why he chose not to join the opposition in criticising demonetisation, realising that the people were not so cross with Modi as they would have liked them to be.

Kejriwal needs to look back and introspect on why he is doing so badly, even though it is still likely that he will win in the Delhi corporation elections – there are a few lessons for him to learn.

Among the lessons he needs to learn, both from Modi and Nitish Kumar, are these.

First, the media may build you and drop you like a stone. Media-built popularity may often be unrelated to ground reality, as both Akhilesh Yadav and Rahul Gandhi found out in UP and Uttarakhand. Kejriwal is no longer useful to the media for the simple reason that his halo with the voters has dimmed and he no longer looks like a challenger to Modi in 2019.

Second, focus on the job you have and not on those you covet. This means Kejriwal can focus on delivering a better Delhi before 2020, when the next assembly elections are due. Modi works day and night to convince the people that he is the best PM in history. Nitish Kumar embraced prohibition to win the support of women voters. But what has Kejriwal done so far in Delhi that people can accept as his work?

Third, build leaders around you. Kejriwal has bright, young supporters, but not one with a connect to the voter. They may look good on TV and can be articulate, but have no independent power base. The ones who at least had ideas different from his own, Yogendra Yadav and Prashant Bhushan, Kejriwal turfed out at the first opportunity.

Paranoia about power is not uncommon among political leaders, but Kejriwal has developed it a bit too early for his party to grow. He is his own worst enemy.