The Left And Congress: The Pinnacle of Hypocrisy 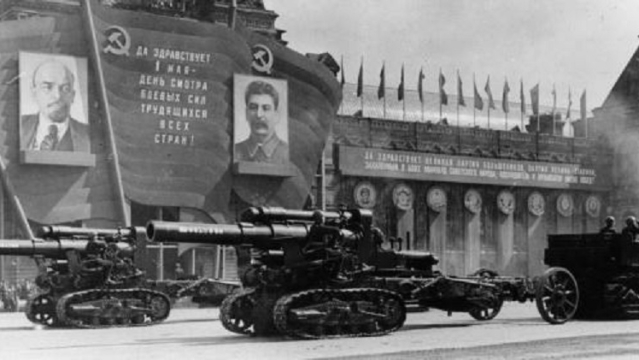 It is supremely ironical that the Communists and the Congresswallas are, today, at the forefront of the movement to uphold liberal values, the right to dissent and democracy.

Two days ago, leaders of the CPI(M) and the Congress marched shoulder to shoulder through some streets of Kolkata to express their solidarity with those seditious students of Delhi’s Jawaharlal Nehru University (JNU) who had mouthed anti-national and even pro-Pakistani slogans last week.

The CPI(M) and the Congress leaders, after sputtering slogans against “Modi Sarkar” in self-righteous indignation, returned to their respective party offices—the CPI(M) state headquarters at Kolkata’s Alimuddin Street and the Congress office at CIT Road. At the Alimuddin Street office, the comrades would have looked up at the portraits of the stern-looking Lenin, Stalin and Mao and offered them a red salute. At the Congress office called Bidhan Bhawan (after former Bengal CM Bidhan Chandra Roy), the Congresswallas would have congregated in the hall where a large portrait of a smiling Indira Gandhi looks down on the retainers of her descendants and offered their obeisance to her.

What the comrades and the Congresswallas will not raise slogans or even a murmur of protest against is the repression and killings that their “deities” carried out. Lenin and Stalin, between themselves, ordered the executions of an estimated 35 million people and the incarceration of uncounted millions in the infamous camps in Siberia. Another Communist icon—Mao Zedong—was responsible for the deaths of an estimated 70 million people through starvation due to the famines he created, forced labour and executions. The Khmer Rouge regime in Cambodia was responsible for the death of two million of the country’s seven million people.

Communist regimes across the world have been responsible for the deaths of an estimated 200 million people. Most of them were put to death because they were political opponents or were suspected to be political opponents. Many more have been incarcerated in horrible conditions and simply forgotten.

The atrocities carried out by Communist regimes across the world, and still being carried out in the impoverished pockets of the world like North Korea and Cuba where hide-bound Communists are still in power (China’s ruling Communists have long embraced their own version of capitalism) are too well-documented to bear repetition here. In comparison, Hitler killed an estimated six million Jews and it seems unfair that he is the only one vilified while Lenin, Stalin and Mao are revered.

Closer home, in West Bengal, the communists who ruled the state for 34 dark years from 1977 to 2011, murdered more than 60,000 political opponents (http://www.mainstreamweekly.net/article2234.html), the rate of such murders being five a day! If they managed to do this in India which is a western-style parliamentary democracy, imagine what would have happened if the country was a Communist dictatorship.

Not just political opponents, even those without any political affiliations who were perceived to be against the interests of the Communists were exterminated. Here are some of the most horrendous massacres.

All these stand as irrefutable evidence of the Communists’ intolerance of opposition, political or otherwise.
In West Bengal, as in other Communist-ruled countries, the Communists committed gross human rights violations and trampled upon civil liberties at will. They subverted institutions and made the police force an adjunct of the party to do its bidding. They packed academic institutions and the bureaucracy with party faithful to propagate their ideology.

The Communists viewed everything through the prism of party affiliation and ideology. Political and other opponents were fair game for cleansing. The ones they couldn’t eliminate, they forced into submission or silence.
The Left Front, primarily the CPI(M), in West Bengal perfected the art of rigging elections right from the panchayat to the parliamentary levels. Not only were voters intimidated, known supporters of Opposition parties were barred from casting their votes and even polling agents of the Opposition parties were not allowed to enter the polling stations. The Left’s history in West Bengal, as in the rest of the world, is dark and bloody.

As for Indira Gandhi, she was singularly responsible for the darkest blot in the history of independent India—the Emergency. In the 21 months between 1975 and 1977, she jailed tens of thousands of opposition leaders, writers, journalists and intellectuals, suspended civil liberties and enacted draconian laws. Not surprisingly, she was a friend of the Communists, especially the Communist USSR whose stooges in the CPI were Indira Gandhi’s favourites.
Indira Gandhi was impetuous and high-handed, brooked no dissent even within her own party and treated even senior cabinet ministers as her inferiors. Her favourite son and anointed political heir, Sanjay, was responsible for the worst excesses during the Emergency like forced sterilizations and demolition of slums and other buildings in many parts of central India.

It is, thus, ironical that the Communists and the Congresswallas are, today, at the forefront of the movement to uphold liberal values, the right to dissent and democracy. That they are the most ill-suited to do so, given the respective histories of their parties, is amply evident.

Communists and the Congresswallas wear the liberal mask when they are out of power; this mask is cast away as soon as they assume power. For them, the mask is a convenient prop to win the hearts and minds of the masses who are, essentially, gullible.

The Communists have no business to support JNU students till they denounce Lenin, Stalin, Mao and their other notorious icons whose hands are drenched in the blood of millions. They have no right to stage even one rally in support of democracy till they apologize for Marichjhapi, Sainbari, Nanoor and Nandigram and for the other killings and persecution carried out under Jyoti Basu’s and Buddhadeb Bhattacharjee’s watch.

The Congresswallas have no business talking about human rights and civil liberties till they denounce Indira Gandhi and apologize unconditionally for the Emergency.

It would be pertinent in India today to remember the warning of Roman philosopher, politician and constitutionalist Marcus Tullius Cicero:

“A nation can survive its fools, and even the ambitious. But it cannot survive treason from within. An enemy at the gates is less formidable, for he is known and carries his banner openly. But the traitor moves amongst those within the gates freely, his sly whispers rustling through all the alleys, heard in the very halls of government itself. For the traitor appears not as a traitor; he speaks in accents familiar to his victims, and he wears their face and their arguments, he appeals to the baseness that lies deep in the hearts of all men. He rots the soul of a nation, he works secretly and unknown in the night to undermine the pillars of the city, he infects the body politic so that it can no longer resist. A murderer is less to fear.”

There are many traitors in India, and they wear the mask of liberal values and democracy and attempt to subvert our democracy and our country. These traitors will have to be identified and guarded against.