The Meaning Of Anup Chetia's Homecoming 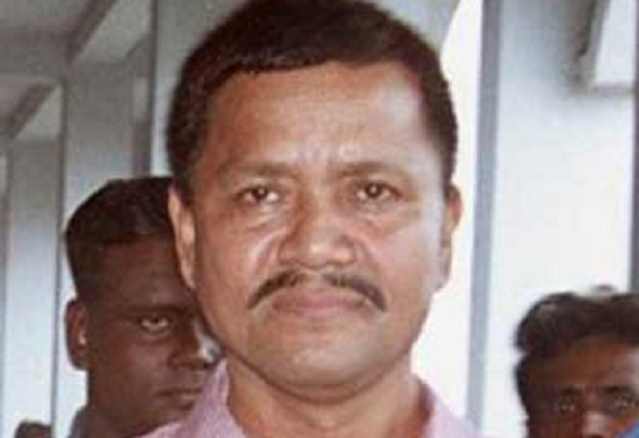 The return of Anup Chetia, considered to the chief strategist of the ULFA, has been a longstanding demand of the leaders of the outfit who are engaged in peace talks with New Delhi.

The political landscape in Assam could well be headed for a significant change ahead of the state Assembly polls next summer. The second round of talks between New Delhi and the pro-talks faction of the United Liberation Front of Asom (ULFA) scheduled for November 24 is likely to result in a final accord that will bring the curtains down on the 36-year-long militancy that wracked Assam and resulted in countless deaths. The reason for such optimism is the extradition of ULFA’s founding general secretary Golap Baruah (alias Anup Chetia) earlier this week from Bangladesh.

The return of Chetia, 58, considered to the chief strategist of the ULFA, has been a longstanding demand of the leaders of the outfit who are engaged in peace talks with New Delhi. Naturally, the news of the extradition of Chetia was greeted with enthusiasm from ULFA chairman Arabinda Rajkhowa who is leading the team negotiating with New Delhi as well as the Assam government.

Chetia formed the ULFA along with Paresh Baruah, Arabinda Rajkhowa, Pradip Gogoi and Bhimakanta Buragohain on April 7, 1979 at Sivasagar in upper Assam; Paresh Baruah became the outfit’s commander-in-chief, Rajkhowa its chairman, Gogoi its vice chairman and Chetia its general secretary. Bhimakanta Buragohain, refererred to as ‘Mama’ (uncle) was the organisation’s patriarch and passed away a few years ago.

The ULFA split in April 2010 after Rajkhowa and the others who were in jail in India announced their intention to enter into negotiations with the Union and state governments. The outfit’s commander-in-chief Paresh Barua, a hardliner who was then in Bangladesh and is now believed to be in the Yunan province of China, opposed the peace overtures and this led to the split. Most of the senior ULFA leaders joined the pro-talks faction.

Chetia, who was arrested in Kolkata in 1991 and released to join peace talks with then Prime Minister Narasimha Rao in January 1992, disappeared soon after the talks failed. He fled to Bangladesh, but was arrested in that country in 1997 and sentenced to seven years in prison for travelling on a false passport.

He has been in prison since then because the Bangladesh government did not take any decision on his pleas to the United Nations for asylum in a country other than India and Bangladesh in 2003, 2008 and 2011. A Bangladesh court had asked the government to keep him in safe custody till a decision on his asylum plea was taken. Two years ago, Chetia withdrew his asylum plea and this facilitated his extradition to India.

The reason Chetia’s presence in the peace talks is important is because he is considered to be a statesman-like figure by other ULFA leaders who rely on him for his sharp mind and leadership skills. His presence in the peace talks will definitely boost its legitimacy, especially since the rival faction led by Paresh Baruah is vehemently opposed to any talks with Dispur (Assam’s capital) or Delhi.

Baruah, incidentally, is Chetia’s cousin and the two were neighbours in Sibsagar. It was Chetia who is believed to have indoctrinated Baruah and convinced him to become one of the founders of the outfit. The two have been close since then, even though Baruah is learnt to have rejected pleas by Chetia to give up arms, drop the demand for Asom’s sovereignty and join the peace talks. Rajkhowa and the others hold on to the hope that Chetia will eventually be able to bring his cousin around. While it remains to be seen if this will happen, it must be said that Chetia remains the best bet for convincing Baruah to come overground and end the armed struggle due to his friendship and kinship with Baruah.

One of the major demands of the pro-talks faction of the ULFA was the listing of six indigenous tribal communities in Assam as ‘Scheduled Tribes’. This is in the final stages of accomplishment by New Delhi and Union MoS for Home Kiren Rijiju announced last week that the file on this matter was with the Prime Minister. The notification listing the six tribes will be out soon. This, apart from the extradition of Chetia, was one of the key demands of the pro-talks faction of the ULFA. With both being met, it is expected that the November 24 talks would pave the way for a peace accord with the ULFA.

This expected peace accord will alter the political landscape in Assam. The BJP, which is posing a serious challenge to the Congress in that state, will definitely tout such an accord as its achievement. This end to insurgency, for which the BJP will justifiably claim credit, will go down very well with the people of Assam who have suffered terribly since 1979 due to insurgency.

The ULFA has been a particularly ferocious militant outfit and had often targeted civilians indiscriminately, leading to deaths of countless innocents. A war of words has already broken out between the two parties with Assam’s Congress Chief Minister Tarun Gogoi, who is facing severe anti-incumbency, claiming credit for Chetia’s extradition as he told newspersons in Dispur last week-

It is because of my relentless demand for the extradition of Chetia that Bangladesh has ultimately done it. The BJP cannot claim any credit for it…..

The BJP dismisses this claim as “nonsense” and says that without New Delhi’s, and Prime Minister Narendra Modi’s personal intervention, Dhaka would not have handed Chetia over to India, as stated by Rijiju-

Negotiations for his extradition have been on for the past few years and picked momentum over the last one year. We (India) also agreed to release some Bangladeshi criminals lodged in prisons in India. It is silly for Tarun Gogoi to claim credit. He was in no way involved in the negotiations with Dhaka…

But that said, it needs to be kept in mind that Paresh Baruah is still at large and can pose a grave threat to peace. Though there has not been any offensive by the ULFA in Assam over the past few years, it would be foolish to act complacent and ignore the anti-talks’ faction’s potential to launch strikes and create mayhem in Assam. There is definitely some amount of residual support for Paresh Baruah in Assam and the people of Assam will be watching very closely the gains that accrue from the prospective tripartite peace accord between the Union and state governments and the Arabinda Rajkhowa-led faction of the ULFA.

If this accord can provide firm guarantees for preservation of the Assamese identity that is today under grave threat from illegal migrants from Bangladesh who have virtually swamped the state. Any solution to the ULFA issue must factor this in and address the genuine concerns of the Assamese on this count. The issue of the presence of lakhs of ‘foreigners’ on Assam’s soil has been a burning one for decades and the ULFA drew its strength primarily from real fears of the Assamese of being reduced to a minority in their own state.

The second round of tripartite negotiations between the pro-talks faction of the ULFA and the Union and state governments must factor in this great concern and come up with imaginative solutions that will rid Assam of the unwelcome mass of migrants on its soil and reassure the Assamese that they won’t be reduced to a minority in their own state. Only that will take the winds out of Paresh Baruah’s sails and defang his faction of the ULFA. Only that can ensure lasting peace in Assam.