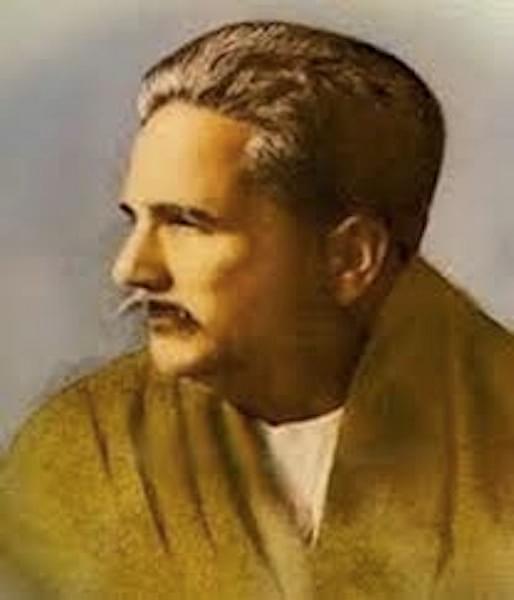 History, they say, is written by the victor. In India’s case, history has been largely written by leftists who have often twisted facts and events to either demonize figures who don’t fit into their blinkered narrative or to put the undeserving on lofty pedestals. One fine example of the latter is Mohammad ‘Allama’ Iqbal.

West Bengal Chief Minister Mamata Banerjee, who is recklessly pursuing the Muslim vote in her state—with possibly dangerous consequences—has heaped praise on the man who was Pakistan’s progenitor and held him up as a secular symbol.

Mamata conferred the West Bengal Urdu Academy’s ‘Tarana-e-Hind’ title on Iqbal and feted the poet’s grandson Waleed Iqbal at a ceremony in Kolkata on May 29. She also launched a three-day ‘Jashn-e-Iqbal’ festival at the Urdu Academy which, in turn, conferred the title of ‘Pasban-e-Urdu’ (Protector of Urdu) title on her. That all this was a ploy to endear herself to her Urdu-speaking vote bank and ensure their support for the Assembly polls next year cannot be in any doubt.

Iqbal, all of us have had it drilled into our heads by our history books since childhood, was a staunchly secular poet who penned that sweet and oh-so-patriotic ‘Sare Jahan Se Achchha’ that quite a few still hold ought to have become our national anthem but didn’t, since it was the creation of a Muslim. India’s so-called secularists suggest very volubly that Iqbal has been wronged and hasn’t got the respect and attention that he really deserves.

It is, thus, necessary to demolish the myth that has been spun around Iqbal.

Let’s start with his ‘Saare Jahan Se Achchha’ which he wrote for children in the ghazal style of Urdu poetry and which was published in the weekly Ittehad on August 16, 1904. He recited it the following year at Lahore’s Government College and it soon became the anthem of opposition to British rule in India. It is the 6th stanza of this poem, which came to known as ‘Tarana-e-Hind’ or the ‘song of Hindustan’ that contains the famous lines:

“Mazhab nahin sikhata apas mein bair rakhna, Hindi hain hum, watan hain Hindustan hamara” (Religion does not teach us to bear ill-will towards each other, we belong to Hind, our homeland is Hindustan).

Noble sentiments written very well. And none can doubt their secular character. Truth is, the then 27-year-old Iqbal viewed Hindustani society as a pluralistic and composite Hindu-Muslim culture.

But the Iqbal of 1904 underwent a total transformation after he went to England to study law in 1905 and then to Germany to obtain a doctorate in philosophy and retuned sometime in 1909 as an Islamic philosopher with a narrow worldview and intolerant of Hindus. In 1910, he wrote the ‘Tarana-e-Milli’ (song of the community) which was a total repudiation of the sentiments expressed in ‘Tarana-e-Hind’.

The first stanza of ‘Tarana-e-Milli’, composed in the same metre and rhyme scheme as ‘Sare Jahan Se Achchha’, reads: “Chin o Arab hamaara, Hindustan hamaara, Muslim hain hum, watan hain sara jahaan hamaara” (China and Arabia are ours, Hindustan is ours, we are Muslims, the whole world is our homeland). This can hardly be called secular; in fact, Iqbal is lionized in Pakistan today for expressing precisely such hardline Islamic sentiments. Our history books mention only the ‘Tarana-e-Hind’ and conveniently ignore ‘Tarana-e-Milli’.

In the 1958 Hindi film Phir Subah Hogi, Sahir Ludhianvi, as talented and as secular and as leftist a poet you could find on the face of the earth, used the first few lines of ‘Tarana-e-Milli’ (rejecting and deleting the Islamist overtone) to create one of the most poignant Hindi film songs ever that revealed the pathetic reality of Nehruvian India. Read about this song here.

What our history books also don’t tell us is that Iqbal was the first advocate of the two-nation theory that ultimately led to the partition of India. He first articulated this demand at the Allahabad session of the Muslim League in December 1930. Iqbal was elected the president of the session and in his address on December 29, 1930, he said:

The articulation of this theory was born out of Iqbal’s firm conviction, ever since his travels to the West and his study of Islam and Islamic philosophy since then, that Hindus and Muslims are “two separate nations” and cannot live together. He says this in almost all his writings, whose primary focus was to remind Muslims of the sub-continent of the past glory of Islamic civilization and promoting pure Islam as a source of sociopolitical liberation and greatness.

His ultimate dream was to get Muslim nations to rise above their political divisions and forge a global Muslim community, the Ummah. Strangely, for a man who dreamt of an Ummah, Iqbal never criticized the dismembering of the Ottoman Caliphate by the British. He, in fact, was opposed to the Khilafat Movement (1919 to 1926) and far from taking on the British for what they did to the Ottoman empire, Iqbal accepted knighthood from them in 1922!

Iqbal was hardly the liberal that he’s portrayed as. In his six English lecture series first published from Lahore in 1930 and then by Oxford University Press in a book titled The Reconstruction Of Religious Thought In Islam in 1934, Iqbal expressed deep fears of secularism weakening the spiritual foundations of Islam and Muslim society and of India’s Hindus crowding out Muslim heritage, culture and political influence.

That he was narrow-minded and deeply suspicious is evident from a letter he wrote to Iranian diplomat Ghulam Abbas Aram on June 27, 1932, in the wake of Rabindranath Tagore’s visit to Iran that year. “Tagore travelled to Persia in order to develop Aryan affiliations between Hindus and Persians,” he complained in the letter.

Tagore, of course, had no such agenda. Tagore had also travelled to Mesopotamia in that same voyage and made a statement that India’s Muslims were not participating in the freedom struggle. Iqbal wrote on this:

“Tagore did another injustice to India’s Muslims. Complete freedom is not and, in the present circumstances, could not be the demand of Hindus alone. His (Tagore’s) sole aim is to secure complete control over the destinies of Indian minorities. That is what he means by freedom. And this freedom only means a change of masters for the minorities of India”.

Anyone who has studied Tagore would know that seeking to control the destinies of minorities through majoritarianism would have been an anathema to the Nobel laureate and the last thing on his mind.

Iqbal was also instrumental in coaxing and cajoling Muhammad Ali Jinnah to not only assume leadership of the Muslims of the sub-continent, but also embrace the two-nation theory and voice the demand for partition of India. At the time Iqbal first articulated this theory in 1930, Jinnah was still engaged in negotiations with the Indian National Congress (Iqbal frequently termed the Congress a ‘Hindu nationalist party’) to secure guarantees for Muslims. Iqbal was instrumental in convincing Jinnah to end his self-imposed exile in London (Jinnah, disgusted with petty squabbles between Muslim League leaders, left for London in 1930 and settled down to practice law there) and return to India.

One of his many letters to Jinnah beseeching him to return reads:

“You are the only Muslim in India today to whom the community looks up to for safe guidance through the storm which is coming to North West India and, perhaps, the whole of India”.

The point here is that while India’s left-liberal community would like to portray Iqbal as a secular leader, the fact is that Iqbal’s only concern was the political future of Muslims. He had no qualms in stating this in as many words. No wonder, then, that he’s regarded in Pakistan as the spiritual founder of that country. He’s officially known there as ‘Mufakkir-e-Pakistan’ (thinker of Pakistan) and ‘Hakeem-ul-Ummat’ (Sage of the Ummah).

Iqbal, commenting on the future of Muslims in India, wrote in Tolu-e-Islam (a politico-religious-social journal of Muslims):

“Muslims should strengthen Jinnah’s hands and join the Muslim League. The Indian question can be countered by our (Muslims’) united front against both the Hindus and the English”.

To him, both Hindus and the British were enemies bent on shackling the Muslims.

In his conversations with Ambedkar in the mid-1920s, Iqbal opposed one Indian Union with universal adult franchise and advocated the creation of autonomous Muslim provinces in the sub-continent. These provinces, he said, should be under the direct control of the British and not an Indian central government.

“A separate federation of Muslim provinces is the only course by which we can secure a peaceful India and save Muslims from domination by non-Muslims. Why should not the Muslims of North West India and Bengal be considered as nations entitled to self-determination just as other nations in India and outside India are?”

Significantly, Jinnah’s speech at the Lahore session of the Muslim League on 22 March, 1940 showed how much he was influenced by Iqbal.

“We maintain and hold that Muslims and Hindus are two major nations by any definition or test of a nation. We (the Muslims) are a nation of a hundred million and what is more, we are a nation with our distinct culture and civilization, language and literature, art and architecture, names and nomenclature…”

Jinnah’s address to the 1940 session of the League, a part of which is quoted above, was heavily influenced by an article Iqbal in 1936. This appeared in the journal Tolu-e-Islam, of which Iqbal was a patron.

Jinnah, of course, bade farewell to the two-nation theory—on August 11, 1947; he spoke of a composite Pakistani nationalism, negating faith-based nationalism. Jinnah spoke of how all minorities in a Muslim-majority Pakistan would be guaranteed equal political, social and religious rights and that the new nation (Pakistan) would not be based on religion!

Iqbal’s premise that Hindus and Muslims cannot co-exist as one nation has been proved utterly wrong by India’s Muslims. The two-nation theory that he advocated was proved hollow once again in 1971—Islam could not bind East and West Pakistan together. Altaf Hussain of Pakistan’s Muttahida Quami Movement (MQM) puts this succinctly:

“The idea of Pakistan (born out of Iqbal’s two-nation theory) was dead at its inception when the majority of Muslims (in the Muslim-minority ares of India) chose to stay back in India after Partition, a truism reiterated in the creation of Bangladesh in 1971”.

And ultimately, how can a person whose theory has proved to be such an utter failure be elevated to a pedestal? It is fine for Pakistan to idolize Iqbal. But should Indians do the same? Iqbal, in the final analysis, may have written a lovely poem when he was a young lad of 27 in 1904, but for the majority of his adult life (from the age of 32 till he died at the age of 61) he was primarily a regressive, narrow-minded Islamist who was responsible, perhaps more than Jinnah, for the partition of India. It is a shame that an Indian Chief Minister chose to honour such a person for her selfish short-term, political objectives.

Note: An earlier version of this piece wrongly attributed parts of Jinnah’s 1940 address to the Muslim League session to Iqbal. That error has now been corrected.