The ‘Secular’ Controversy Over A ‘Marxist’ Raja 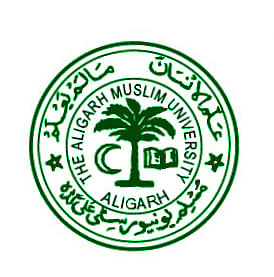 The BJP wanted to celebrate the birth anniversary of Raja Mahendra Pratap, a major donor to the Aligarh Muslim University, on the campus. The Left is up in arms because the Raja was apparently a Marxist. Here are the real facts of the matter.

“A Marxist king who gave away land for a Muslim university was sought to be feted by right-wing BJP.” This is a line from a Times of India news report published on 29 November.

Not to be left behind, Mohammed Asim, senior news editor at NDTV 24 x7, wrote in a scathing article:

“The BJP has got both its history and politics wrong with regards to celebrating freedom fighter Raja Mahendra Pratap’s 128th birth anniversary at the Aligarh Muslim University…And while Sir Syed’s primary objective behind establishing the MAO College was to spread modern scientific education among Muslims, he always emphasised that the doors of his college will always be wide open for all who need education…My humble advice to overzealous BJP leaders is to just read up a bit on the man they have suddenly remembered to celebrate. Raja Mahendra was a reformist, and, surprise, surprise, a Marxist.”

According to the Times of India report, some Samajwadi Party politicians and some “Left-leaning elements of the teachers’ association of the university” had protested against the BJP’s proposal to celebrate Mahendra Pratap’s anniversary on the AMU campus on December 1. Consequently, AMU vice-chancellor Lt Gen Zameeruddin Shah had denied permission, saying that celebrations organised by the BJP on the campus could create law and order issues.

He was a freedom fighter. He belonged to a princely family of Jats in Uttar Pradesh, and was a prominent donor to the Aligarh Muslim University. An alumnus of MAO, he was attracted to the independence movement, and joined the Berlin Committee of Indian revolutionaries. With the outbreak of the First World War, he travelled to Afghanistan and in 1915 formed a government-in-exile of Free Hindustan, with himself as President, Maulavi Barkatullah as Prime Minister and Maulavi Obeidullah Sindhi as Home Minister.

Barkatullah had procured a fatwa from the Sheikh-Ul-Islam, who governed the religious affairs of Muslims in the Ottoman empire, asking the Muslims of India to unite with the Hindus against the British. While at the outset, the whole movement appeared quintessentially secular, there were definite tensions underneath the surface.

Mahendra Pratap had conceded that if Germany were to hand over India to Turkey ‘the chief independent Muslim state’ (and the seat of the Ottoman empire) then ‘the position of two hundred and twenty million Hindus would have been far worse than the present.’(F.M. Bailey, Mission to Tashkent, Oxford University Press, 2002) But it was the German-Turk alliance which had brought him to Aghanistan. Captain Kazim Beg was deputed by the Turkish Government by accompany him.

Raja Mahendra Pratap had met Lenin and before him, Kaiser Wilhelm of Germany. He had no ideological affinities as such. His mission was the independence of India and for that he was ready to take the support of any force that would fight against the British. In 1919, he met Lenin and Trotsky. But when in the 1920s, under British pressure, the Amir of Afghanistan closed down the Provincial Indian government in exile, he moved to Japan and not Soviet Union. There he joined hands with Rash Behari Bose, who had created the Indian Independence League which would later be handed over as Azad Hind Fauj to Subhash Chandra Bose. Rash Behari was also the president of Hindu Mahasabha in Japan.

If any ideology was close to Mahendra Pratap’s heart, it was pan-Asianism. Though repelled by the creation of puppet states by the Japanese in other Asian regions, he retained the ideals of pan-Asian cooperation. He even initiated a volunteer corps of World Federation for the Province of Pan-Asia. Its objective was ‘fighting for the freedom of Asia’. He also visualized ‘eight corners of the world under one roof’. He traveled extensively in Japan and addressed the public on the pan-Asiatic theme (Sven Saaler, Raja Mahendra Pratap: Indian Independence, Asian Solidarity, World Federation, 1930, in Pan-Asianism: A Documentary History, 1920–Present, Ed. Sven Saaler & Christopher W. A. Szpilman, Rowman & Littlefield, 2011) A fierce social reformer, Mahendra Pratap battled casteism and untouchability throughout his life.

In 1971, The Illustrated Weekly of India  was running a series on the lesser known non-Gandhian freedom fighters of India by Qurratulain Hyder. It was titled ‘The Terrorists’. Before you complain, let me remind readers that Khushwant Singh was then the editor of the Weekly. In order to correct certain factual errors, Raja Mahendra Pratap, who was still alive, wrote a letter to the editor which was published in the magazine’s  issue dated 25 July, 1971. Here he remembered the Maulvi Barkatullah’s contribution to his movement and also—significantly—added:

I am still a friend of Russia and China but I think the Russians and Chinese ought to get liberated from the thoughts of Karl Marx. I did not succeed in bringing about the revolution in India. The defeated Russian Army found in Lenin the needed hero. Maulvi Barkatullah and Captain Kasim Beg also came to Russia. Barkatullah later had good pull in the Soviet Foreign Office. He did not die in Germany. In 1927 he called me from Moscow. I got for him 2000 marks from the German Foreign Office. (Emphasis added)

So much for Mahendra Pratap being a Marxist.

In the letter, Mahendra Pratap movingly recounted that when Barkatullah died and was buried in a foreign land, he declared that it would be a temporary burial and that Barkatullah’s body would be brought to India when India became independent. Beyond religions, a burning desire for Indian independence united these two men. Here we have a pan-Asian Indic nationalist, who wanted Russia and China to be free of Karl Marx and who was friends with a Maulana who was greeted with ‘Vande Mataram’: who else can demand the celebration of his birth anniversary but the party which has re-initiated the process of Pan-Asian solidarity through trade, technical cooperation and cultural bonds?

If anyone has to do the checking of facts, it has to be our  Marxist columnists.

Also, Mohammed Asim’s rosy picture of an egalitarian Sir Syed Ahmed Khan opening the gates of his educational institution without discrimination does not stand scrutiny. According to Dr. Masood Alam Falahi, an Islamic scholar who is concerned with the plight of Dalit Muslims, Sir Syed was a casteist. He opened Aligarh Muslim University only to upper caste Muslims and Hindus. He used to say that his college was not for weavers and emphasized caste so much that as late as 1947, the character certificate given to students by Aligarh Muslim University used to mention that the holder of the certificate belonged to a ‘sharif khandaan’ (literally ‘good family’, which implies upper caste/ class) of his district.

The matter about Mahendra Pratap’s anniversary celebrations has now apparently been resolved after talks between the AMU Vice-Chancellor and local BJP leaders. The university will hold a seminar to remember the Raja, and the BJP will keep the celebrations out of the campus.