Pot Calling The Kettle Black: Why Congress Crying Wolf In Arunachal Is Hypocritical 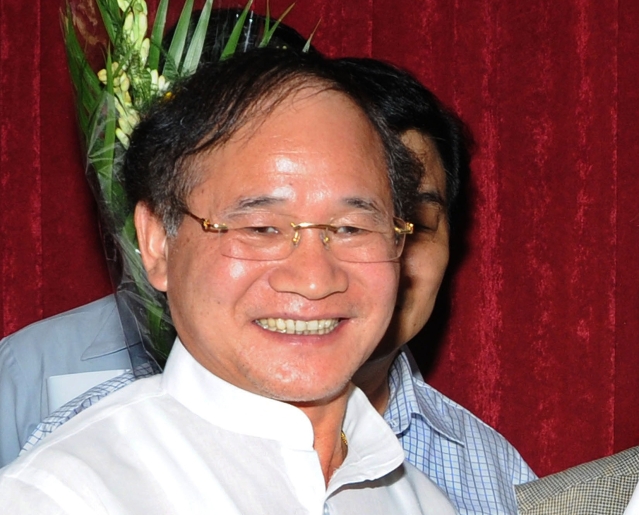 President’s Rule is imposed upon the strategically critical border state of Arunachal Pradesh. The Congress is crying foul and this is the height of hypocrisy.

The picturesque Himalayan state of Arunachal Pradesh which borders Tibet and Myanmar on its north and the east has been in the grip of an unseemly political crisis for nearly three months now, and despite the Congress’ sanctimonious protestations over the ‘subversion of the Constitution’ and ‘murder of democracy’ triggered by the imposition of President’s Rule in the state, it has only itself to blame for the crisis.

There are irrefutable facts that will give the lie to the Congress’ allegations that the NDA Government in New Delhi misused the Raj Bhawan in Itanagar to engineer a political crisis in the state. The Congress won 42 of the State Assembly’s 60 seats and formed the government in May 2014 with Nabam Tuki as the Chief Minister. The Congress in Arunachal, as is the case with this party all over the country, has always been a deeply faction-ridden one and soon after coming to power, Tuki sensed a revolt brewing against him and dropped three senior ministers, including veteran Congress leader and Health Minister Kalikho Pul, from the cabinet.

But that did not deter the rebels, who rallied behind Pul and started demanding Tuki’s ouster. Pul levelled a host of serious charges against Tuki and was suspended from the Congress. The crisis deepened when Nabam Tuki dropped four more senior ministers from the cabinet in October last year. But by then, the rebellion within the Congress had gone out of hand and as many as 21 Congress MLAs rallied behind Pul.

The rebel Congress MLAs were extended support by the BJP’s 11 MLAs. Thus, 33 MLAs of the House were opposed to the Nabam Tuki-led Congress government. Their numbers went up to 35 with two Independent MLAs also extending support to the anti-Tuki formation. Clearly, the Nabam Tuki government was reduced to a hopeless minority. Propriety demanded that the Tuki government resign or go in for an immediate floor test in the Assembly. Instead, the Speaker disqualified 14 Congress rebel MLAs in a bid to reduce the strength of the House from 60 to 46.

The government’s calculation was that the seven remaining rebel MLAs would fall in line. The Nabam Tuki government’s strength had been bolstered immediately after it assumed office with the Arunachal People’s Party, with its five MLAs, merging itself with the Congress. Thus, the Congress had an effective strength of 47 in the 60-member House. But this went down to 26 with the 21 MLAs revolting against the government.

The Congress’ gameplan was that a whip would be issued to all 33 Congress MLAs (the 26 who were loyal to Tuki and the seven remaining rebels) to vote for the government in a trial of strength on the floor of the Assembly. If the seven MLAs defied the whip, they would stand to be disqualified since their numbers do not add up to one-third of the total strength of the party in the House and that would have brought the strength of the Assembly down to 40. It would then be smooth sailing during a trial of strength for the Congress government with its 26 MLAs.

While this political crisis was on and the Congress government was reduced to a minority in November last year, the Speaker issued a notification that the State Assembly would meet on 14 January 2016. This was construed by the rebels as a bid to buy time to win over the rebel MLAs through the lure of money or issuing of threats.

In fact, there were reports of the Nabam Tuki government enlisting the help of the proscribed Khaplang-led faction of the National Socialist Council of Nagaland (NSCN) that is active in the three districts of Longding, Tirap and Changlang bordering Nagaland and Myanmar to coerce MLAs from these three areas to stay loyal to the Congress.

Central intelligence reports say that the NSCN(K) did issue threats to the MLAs to stay loyal to the Congress, and they have meekly complied. Also, the political crisis had triggered a sharp divide among the ethnic tribes of the state, and the state was staring at the dangerous prospect of an outbreak of ugly ethnic clashes and a breakdown of law and order before President’s Rule was imposed. In fact, this was one reason for the imposition of President’s rule; had the Nabam Tuki government been allowed to continue, the law and order situation in this strategically critical and sensitive border state would have spiraled out of control.

The state governor, Jyoti Prasad Rajkhowa—a reputable bureaucrat who retired as the Chief Secretary of Assam and assumed the gubernatorial post mid-last year—was compelled to step in to end the machinations of the Nabam Tuki government and uphold the Constitution. He asked the Tuki government to undergo a trial of strength in mid-December instead of waiting for another month.

Meanwhile, the majority of the MLAs—21 rebel Congress, 11 BJP and two Independents, totalling 35—wanted a special session of the Assembly convened to pass a no-confidence motion against the Speaker. The Deputy Speaker also lined up behind the dissident Congress MLAs. But the Congress government refused and put the Assembly under lock and key. These MLAs then met at a community hall for a special session convened by the Deputy Speaker where Kalikho Pul was made the leader of the House (and hence the Chief Minister), the Speaker Nabam Rebia was removed, and the Deputy Speaker voted to the post of the Speaker.

The Congress, understandably, filed a slew of petitions before the Guwahati High Court and the Supreme Court. The rebel Congress MLAs and the others also filed counter-petitions. The Supreme Court will be taking up this entire case. The matter thus being sub-judice, Arunachal will have to wait for the apex court’s final verdict.

But the Congress, on its part, can hardly cry foul. It was its own internal dissidence that led to this crisis. And the party is ill-suited to accuse the BJP of misusing its powers by invoking Article 356 and imposing President’s Rule in Arunachal Pradesh. The Kapil Sibals and Anand Sharmas of the Congress should look up the party’s history and see for themselves how this particular Article was misused by successive Congress regimes in the Centre to dismiss democratically-elected non-Congress governments in various states of the country.

President’s Rule has been imposed as many as 112 times in 28 states of the country with Article 356 being invoked the highest number of times in Manipur (10 times), followed by Uttar Pradesh (nine times), Punjab and Bihar (eight times each) and Jammu & Kashmir, Odisha and Pondicherry (six times each). Almost always, it was the Congress government at the Centre which invoked this controversial Article.

Most of the time, it was the Congress in New Delhi dismissing democratically-elected non-Congress government, the most shameless dismissals being that of the EMS Namboodripad (Left Front) government in July 1959 and of the Karunanidhi and MGR governments in Tamil Nadu in January 1976 and February 1980.

It was Indira Gandhi who perfected the use of Article 356 to destabilise and dismiss democratically-elected non-Congress governments in the states. For the Congress to now cry foul and unfairly blame the BJP for a mess in Arunachal that is its own making is totally hypocritical.