Ukraine Crisis Should Be 'Wake-Up' Call For Europe To Also Look At Developments In Asia: EAM S Jaishankar 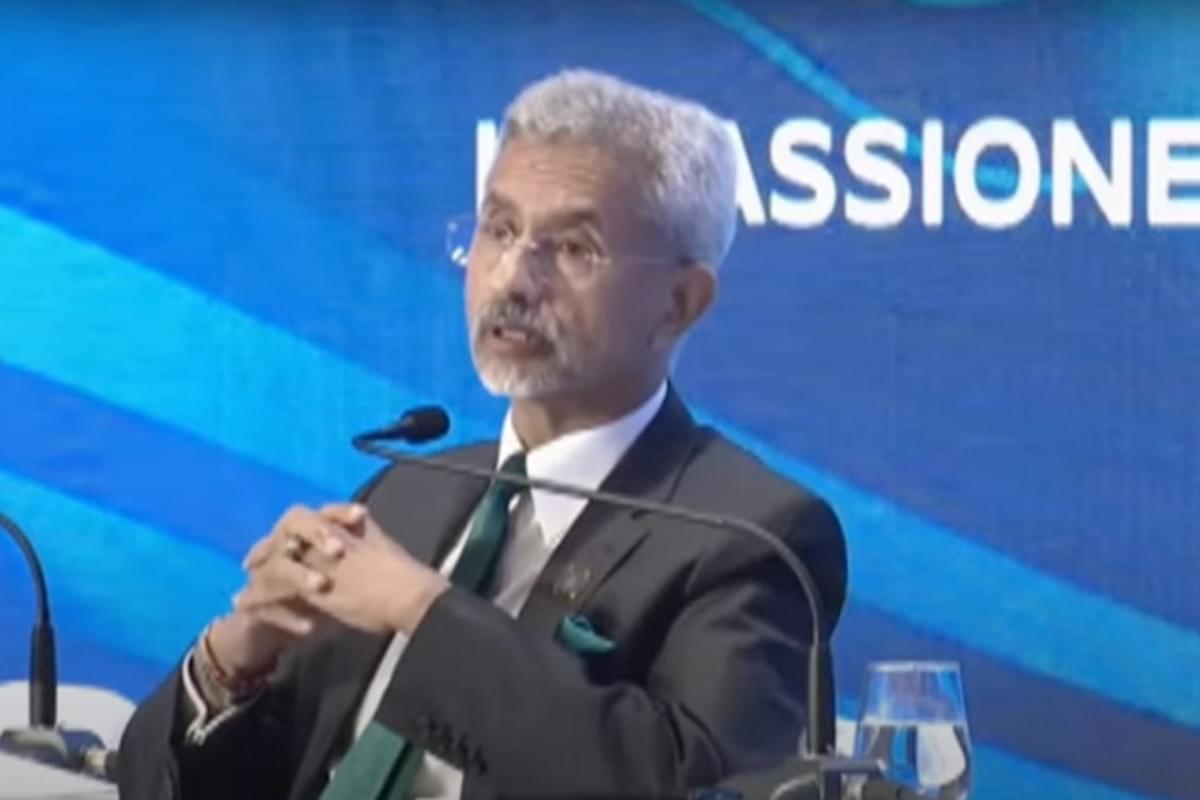 New Delhi, Apr 26 (PTI) External Affairs Minister S Jaishankar on Tuesday countered criticism of India's position on Ukraine, saying the Western powers have been oblivious to the pressing challenges facing Asia including last year's events in Afghanistan and the continuous pressure on the rules-based order in the region.

In an interactive session at the Raisina Dialogue, Jaishankar said the crisis in Ukraine could be a 'wake-up call' for Europe to also look at what has been happening in Asia, saying it has not been an 'easy part' of the world for the last 10 years.

To a specific question by Foreign Minister of Norway Anniken Huitfeldt on the situation in Ukraine, Jaishankar said India has been pressing for an urgent cessation of fighting and a return to the path of diplomacy and dialogue.

'I think where the conflict in Ukraine is concerned, we have a very clear position that has been articulated. A position which emphasises the urgent cessation of fighting, which urges a return to diplomacy and dialogue which stresses the need for respecting the sovereignty and territorial integrity of states,' he said.

'You spoke about Ukraine. I remember, less than a year ago, what happened in Afghanistan where an entire civil society was thrown under the bus by the world,' he said.

'I would say quite honestly, all of us would like to find the right balance of our beliefs and interests, of our experience, and that is what all really try to do. It looks different from different parts of the world. The priorities are different and that's quite natural,' he added.

The minister was responding to a series of questions from his counterparts from Norway and Luxembourg as well as by former Prime Minister of Sweden Carl Bildt on the Ukraine crisis.

'Quite candidly, we have been hearing for the last two months a lot of arguments from Europe saying things are happening in Europe and Asia should worry about it because this could happen in Asia,' Jaishankar said.

The external affairs minister said it is not that problems are going to happen and that the problems have been happening in Asia.

'This is a part of the world where the rules-based order has been under continuous stress for more than a decade and I think it is important for the rest of the world, outside Asia to recognise that today,' Jaishankar said.

In his question, Bildt asked the external affairs minister what conclusion China could draw from what's happening in Ukraine and whether there was a possibility of Beijing seeing the possibility to do things that otherwise would not be allowed.

Also to the Swedish leader's comment that the conclusion that China could draw from the crisis in Ukraine could have major repercussions perhaps for India's security, Jaishankar said the questions should have been asked to Chinese Foreign Minister Wang Yi.

'I cannot honestly answer that question. But I do not think international relations necessarily function by precedence. People do not need to see something out there and say aha that's what I am going to do,' Jaishankar responded.

'That's how mostly bureaucracy functions. But I think world affairs has sort of a  much more self-driven, self calculating way of working,' he added.

Jaishankar identified events in Afghanistan, the COVID-19 pandemic, the crisis in Ukraine and big power rivalry as 'major shocks' the world is witnessing and said they have global consequences.