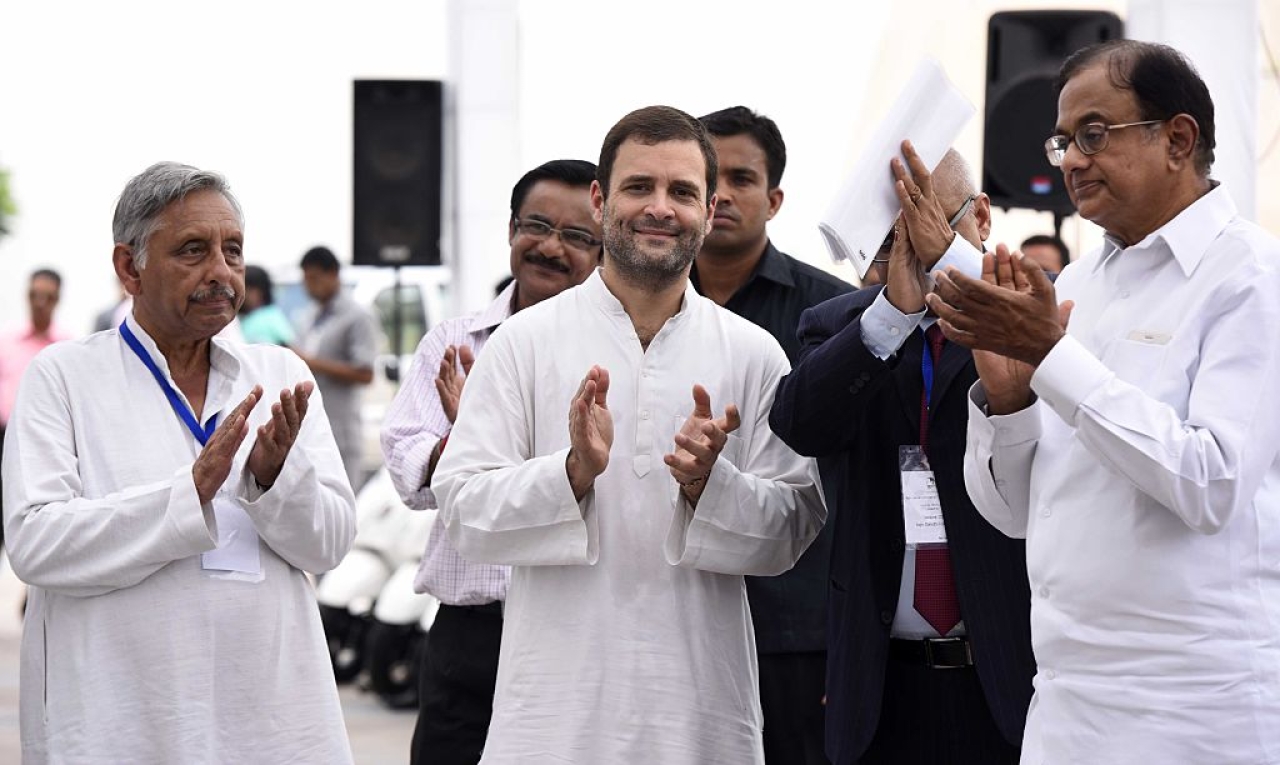 A week or so ago, the Twitter handle @OfficeofRG, the official Twitter address of the vice president of the Indian National Congress, the man who will be prime ministerial candidate in the general election less than two years from now, said this: “Ppl been asking who tweets for this guy…I’m coming clean…it’s me…Pidi…” Pidi is the Congress vice president’s dog. The accompanying video showed Pidi performing a trick to eat what looked like a doggie snack.

There is an air of surrealism that surrounds just about everything the Gandhi “scion” does, so one cannot fathom either the intent or rationale behind the tweet. The most charitable interpretation is that it was meant as light-hearted snapshot of his daily life intended to convey to the general public – in particular the youth whom he purports to represent – that he is a “cool, normal guy”.

Not surprisingly, the usual lackeys and flunkeys (official and semi-official) quickly came up with a chorus of retch-inducing tweets and Facebook posts about how witty the @OfficeofRG tweet had been – giving the whole thing an aura of staged ineptitude, which one has gotten used to from the INC in recent years. The criticism and ridicule of the Pidi tweet, on the other hand, has been particularly vicious on Twitter, and the saga still continues.

The tweet struck a raw nerve because the Congress heir apparent, inadvertently, disclosed what the public long suspected: the dynasty regards the public as little more than subjects. The Indian people are regarded regally as being of secondary importance, a feudalistic afterthought for occasional patronage, to whom ‘political biscuits’ can be tossed provided the Congress functionaries, i.e. the intermediaries, perform the right tricks.

Not all Congress leaders are prepared to swallow such indignities, some have cut and run, but the vast majority seems to be – at least so far. There can be no other explanation for the abject sycophancy which is on display, the utter lack of mental or political fortitude among leaders who, had they not been in the INC, could have been political stars with a real shot at being prime minister some day. That is not an option today, unless of course one wants to emulate Manmohan Singh – but that might be a bridge too far even for the current crop of craven Congresswallahs. Moreover, the son is not the mother. He may not even be the sister!

It looks like the time for dissent within Congress has passed. It appears clear now that no one has the courage or the will to split away from the party and create a new edition of the INC, or more courageously oust the dynasty and take up the reins. The old guard will go away ungraciously into the sunset, whining on the way.

The younger lot will hang on to the “Great White Hope”, so to speak, betting that their latest social media antics will sway enough voters to give Congress a fighting chance to form a coalition in 2019. So what the public can expect over the next two years will be ever more innovative tricks being performed by (and rewards being bestowed on) men and women who have neither sense nor spine, or are so out of touch with the wider reality of India that they actually believe the Gandhi family has an immediate future outside political caricature.

Consider the massive sense of dynastic entitlement that enables the Gandhi family and their attendants to expect the general public to vote for them, when they have actually nothing to offer. They have not got anything resembling an alternative vision (apart from decrying whatever the government does). There is, of course, constant carping about the “idea of India” being under threat. By that what the Congress seems to mean is that the Narendra Modi government is heralding an era where the civilisational values of India will be articulated and displayed in a manner that does not suit the party ethos of paternalistic dynasticism combined with crony socialism, covered in a secular robe of minority appeasement. That is correct. That era is coming to an end.

Going forward, Congress, like everybody else, will have to perform – and not just by saying “we started it” 20 years ago, to every project that the Modi government completed in less than four years. Any simpleton looking at the infrastructural achievements of the Modi government in five years (just in the power sector alone, for instance) is going to have a hard time voting for a party in 2019 that did not manage during its decades in office to bring power to the people. Let’s not even get into the revolution in the banking sector.

Now back to the dog, Pidi. It was always clear that it is not the Congress vice president himself who does the tweeting, but now it seems he is not even vetting them. Or rather, if he is vetting them and approved the Pidi tweet, one worries about his judgement. Is Rahul Gandhi, our future prime minister if the Congress has its way, heaven forbid, going to actually tweet himself now? Judging from the Aikido antics tweeted not much later, it appears ‘Pidi’ is still hard at work.