Who Convinced Indira Gandhi That Emergency Was A Good Idea? 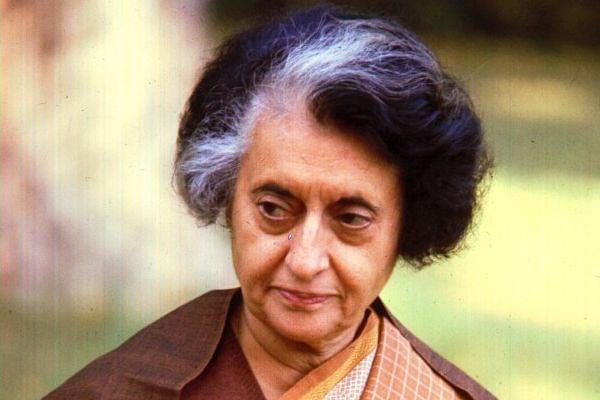 Today is a ‘Black Day’ in the history of India. The Emergency was imposed by Indira Gandhi this day in 1975 to assume dictatorial powers. Thousands of opposition leaders were arrested and jailed (including Jai Prakash Narayan, L K Advani, Vijayraje Scindia, Morarji Desai, Jivatram Kriplani and many more).

Thousands went underground to avoid being arrested. Many politicians like George Fernandes, Narendra Modi and Arun Jaitley went from one place to another in disguise to escape arrest. A total of 110,806 people were detained as per Shah Commission Report. At least 30 Members of Parliament were also jailed.

Elections were postponed in states like Kerala and Tamil Nadu where the governments had completed their five-year term. Even the Lok Sabha polls, which were to be held in 1976, were deferred due to the Emergency. Democratically-elected opposition governments in two states Gujarat (Congress O-led) and Tamil Nadu (DMK-led) were suspended and brought under President’s rule.

Sanjay Gandhi, in the name of ‘family planning’, carried on a sterilisation programme. This was described by many as a "gruesome campaign" to sterilise poor men. Though it started as a voluntary exercise, there were reports of unmarried, old and even opponents being forcefully sterilised. An astonishing 6.2 million Indian men were sterilised in just a year, which was "15 times the number of people sterilised by the Nazis", according to science journalist Mara Hvistendahl.

With a two-third majority in the Lok Sabha, Indira Gandhi took it upon herself to change many laws to improve her position and dominance. Severe censorship was imposed on the media including newspapers, television and radio, prohibiting their reporting of all domestic and international news.

On 26 June 1975, the day after Emergency was imposed, the Bombay edition of The Times of India in its obituary column carried an entry that read, "'D.E.M O’ Cracy, beloved husband of T. Ruth, loving father of L.I.Bertie, brother of Faith, Hope and Justice, expired on June 26.”

Correspondents of The Times of London, The Daily Telegraph, The Washington Post, Christian Science Monitor and The Los Angeles Times were expelled. Reporters of The Economist and The Guardian left after receiving threats. The BBC withdrew its correspondent, Mark Tully. Kuldip Nayar of The Indian Express was detained for organising a protest of journalists in Delhi.

Kishore Kumar was banned by All India Radio after he refused to support the Youth Congress. Indira Gandhi also replaced Information and Broadcasting minister, I K Gujral (future prime minister), with Vidya Charan Shukla as he had conflicting views over media censorship and a tussle with Sanjay Gandhi.

The stupendous victory of Indira Gandhi in 1971 general elections, where she defeated the Syndicate, and the consequent celebrations were short-lived. Indira Gandhi was soon fighting two serious student agitations, one in Bihar and the other in Gujarat. Coupled with a worrisome economic situation, things were getting too hot for her to handle. She was also fighting a court case against Raj Narain, whom she had defeated in the Lok Sabha polls from the Rae Bareli seat. Raj Narain alleged that she had used unfair/corrupt electoral practices and misused her official position to win the seat.

State elections were held on 10 June 1975 in Gujarat and results were declared on 12 June. Congress faced a rout, with its seats reduced to a half. The Janata Morcha (People’s Front) comprising Bharatiya Jana Sangh (BJS), Indian National Congress(Organisation) (INC(O)), KLP and independents formed the government with Babubhai Patel as chief minister.

More bad news awaited Indira Gandhi. On the same day, Allahabad High Court upheld the allegations of Raj Narain and set aside the election of Indira Gandhi. She was disqualified from contesting Lok Sabha elections for the next six years. The court gave Congress 20 days to replace her.

The order galvanised the opposition parties and gave them a much-needed issue to take Indira Gandhi head on under the leadership of Jai Prakash Narayan (JP). He announced a week-long satyagraha demanding the resignations of Indira Gandhi and Congress chief ministers.

He exhorted the military and police to defy unconstitutional orders of these Congress leaders. At a massive rally held in Delhi’s Ramlila Grounds on 25 June 1975, in front of a 1-lakh-strong crowd, JP gave the call to Indira Gandhi to step down. He recited Rashtrakavi Ramdhari Singh Dinkar’s poem – Singhasan khaali karo ke Janata aati hai!

This massive show of strength shook up Indira Gandhi and she recommended to the then president Fakhruddin Ahmad to declare a state of Emergency on the same day on the pretext of disorder and lawlessness following the Allahabad High Court order. The cabinet was not consulted. At 8am on 26 June, she made an unscheduled radio broadcast to tell the nation about the Emergency. Many newspapers in Delhi, which had their power supplies cut off the previous night, could not reach readers. They reported the news only on 27 June.

The entire Congress Parliamentary Party, barring five dissidents — Chandra Shekhar, Mohan Dharia, Ram Dhan, Krishan Kant and Laxmikanthamma, who were known as the ‘Young Turks’ — hailed Indira Gandhi’s decision. All five were suspended from the party. All Congress state units and chief ministers passed resolutions declaring faith in her leadership. The Communist Party of India wholeheartedly supported the Emergency, and the Soviet Union described it as a “blow to a right-wing plot”.

On Whose Advice Was Emergency Proposed

Dr Jagannath Mishra, in Ruled or Misruled: Story and Destiny of Bihar by Santosh Singh provides an interesting theory. He is quoted as saying, “On June 12, 1975 I went to Delhi to attend Congress CM’s meeting with PM Indira Gandhi. She offered to resign in the wake of Allahabad High Court setting aside her Lok Sabha election. She had suggested names of Jagjivan Ram or Pandit Kamalpati Tripathi as her successor till she got court relief.

R K Dhawan, then private secretary to Indira Gandhi, echoes a similar sentiment. In an interview to The Indian Express, he says that her first response on hearing the Allahabad High Court order was to quit and she dictated a resignation letter. “It was typed but never signed. This is because her cabinet came to see her and insisted that she must not resign.”

To sum up, some historians blame Indira Gandhi saying she always had dictatorial tendencies, some blame Sanjay Gandhi and his coterie and some blame S S Ray. Indira Gandhi was at the helm of power and she cannot escape responsibility for the action. Were the statements by Dr Mishra and Dhawan made to shift the blame away from Indira Gandhi and shield her? It is very difficult to say.

It could be very similar to the current situation where blame is being put on data chief Pravin Chakraborty for Congress party’s loss in the Lok Sabha elections. The 21 months of Emergency were indeed the darkest phase in Indian democracy.