Why The BJP Loves Rahul Gandhi 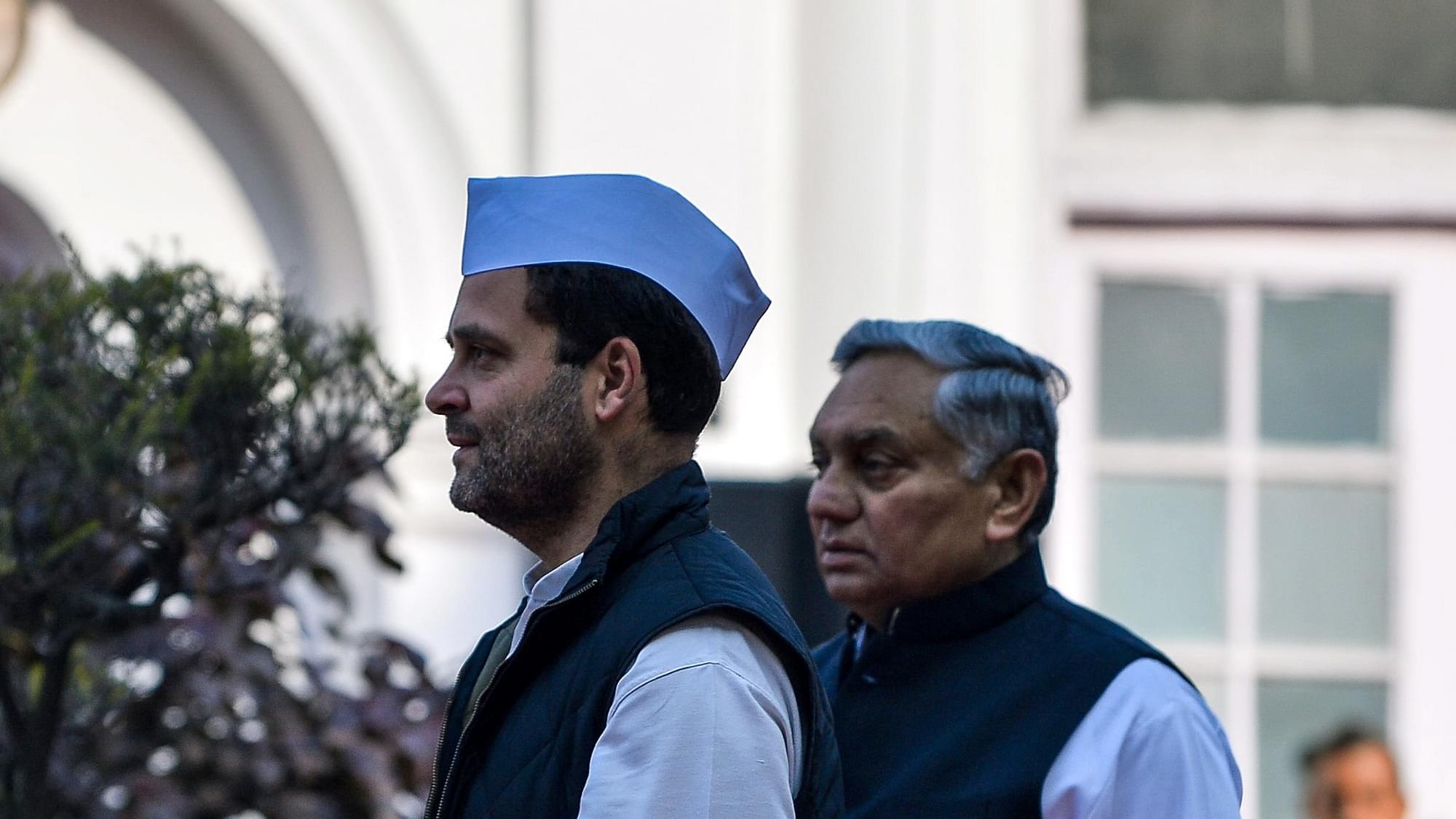 A social media joke that went viral after Mulayam Singh Yadav dismissed his son Akhilesh Yadav from the Samajwadi Party went something like this: Now that Mulayam has thrown out his son, Sonia Gandhi is thinking of taking a cue from him.

Of course now the tables have totally turned on Mulayam, but that’s another story altogether.

However, the point remains that the day will never arrive when Sonia tells Rahul Gandhi, as chief villain Ramadhir Singh in Gangs of Wasseypur told his son: “Beta, yeh tumse nahin hoga (Son, you’re not up to it).”

A majority of Congressmen could in fact be relieved and happy if Rahul quit or was ousted.

But does the BJP want Rahul to be out? My guess is: No.

Rahul is the most prominent and recognisable face in the national Opposition, and shoots himself in the foot and then puts his foot in his mouth very regularly – in fact, almost every time he says something. No Indian politician has been the butt of so many jokes as Rahul.

He is a man who says memorable stuff like “Poverty is a state of mind”. And “India is going to be the 21st century’s Saudi Arabia in terms of human resources”. And “Politics is everywhere… It is in your shirt… your pants… everywhere”.

Why would the BJP want him to go? He is its best ally and benefactor.

Consider the last 52 days since Prime Minister Narendra Modi announced his radical demonetisation scheme. The Congress disrupted the entire winter session of Parliament, costing the exchequer dozens of crores of rupees. Surely, the Indian public does not want to see their tax money go down the drain like this? Especially when most reports and opinion polls indicate that in spite of the many inconveniences that the average citizen faced – and still faces – due to demonetisation, he/she is still largely in favour of Modi’s assault on black money.

Rahul went and stood in an ATM queue for an hour and withdrew some cash. This did not cut much ice with the common man, since he knows that this was possibly the first time in his life that the Congress vice-president had seen the inside of an ATM booth.

Then he announced that he would make some revelations about the personal corruption of Modi that would cause an “earthquake”. After lying low for a few days, not making his allegations public either in Parliament or through the media, he released some old documents about the Birla and the Sahara groups apparently paying money to Modi.

But these allegations had been made by political activist Prashant Bhushan two years ago, and the Supreme Court had dismissed the petition stating that there was not even any prima facie evidence to admit the case.

So much for the earthquake.

Another joke circulating on social media showed Rahul telling his mother that he had evidence that Modi had made huge amounts of underhand money out of the Indian Premier League. Sonia resignedly tells him that those charges were against Lalit Modi, not Narendra Modi.

There is also the matter of his holidays. Like last year, Rahul flew off abroad to celebrate the New Year, allegedly in London. He tweeted his intention and wished everyone a Happy New Year. This is when the 50 days of the demonetisation drive was ending and the Prime Minister was supposed to address the nation on New Year’s Eve.

Thus, after creating such a major ruckus over demonetisation, he left the Congress high and dry, with only its spokespersons to make public statements about Modi’s speech.

But he really loves his holidays. He vanished for two months, supposedly in South East Asia in 2015, missing part of the Budget session of Parliament. During the Bihar assembly election campaign the same year, he spent time at a conference in Aspen, USA.

It is irksome that he thinks that he can take a break whenever he feels like, and not reveal where he goes and for how long. It shows some sort of contempt – however unintended – for his partymen and his supporters. But it also wrongfoots his Opposition allies.

Both the Opposition parties and Congressmen know that Rahul is incapable of taking the anti-BJP war anywhere. If there was any doubt about this, he laid it all to rest in the interview he gave to Arnab Goswami, then in Times Now, before the 2014 Lok Sabha elections. He did not give any straight answer, for instance, talking vaguely about women’s empowerment while replying to questions that had nothing to do with women.

In that interview, and in campaign speech after campaign speech, he blamed a broken-down and corrupt government system for all of India’s woes. This was not a very smart move, given that his own party had ruled the country for nearly 60 years, and had built the system and done nothing to correct it.

At 46 years of age, when most Indians have teenage or adult children, he is still being portrayed as a “youth leader”. The only logic behind this is perhaps that he is still unmarried. Now that’s not your or my problem, is it?

In the Opposition parties, there are enough leaders with prime ministerial ambitions. Certainly Nitish Kumar and Mamata Banerjee, who are much more seasoned politicians. Even after nearly 15 years as a professional politician, Rahul still seems unsure, in spite of all his – occasional – sound and fury.

Besides, under Rahul, the Congress seems to be able to be on the winning side only when it plays second or third fiddle to other political parties, as in Bihar. Wherever it has gone on its own, it has lost. Yet, as of now, with other leaders mostly busy in their respective states, he believes he is the only “national” leader.

Neither Nitish nor Mamata is likely to cede leadership to him. This was evident during the anti-demonetisation campaign, when several Opposition parties refused to march under Rahul’s leadership.

In all respects, Rahul is a liability to, not only the Congress, but the Opposition. In the UP assembly polls, all the Congress can hope for is to make it to double digits.

So why would the BJP ever want Rahul Gandhi to quit or be ousted? Here is someone who can be relied upon to say something silly every fortnight (at a conservative estimate, not counting his holidays). Here is someone in whom his partymen have lost faith yet are unable to say so publicly – the result can only be general demoralisation.

Here is someone who constantly chooses the wrong leaders to head assembly campaigns, and is utterly incapable of reading the people’s mood (a recent example is Assam). Here is someone whom the Opposition treats with little respect and would like to get rid of, but cannot because he is always trying to lead anti-government protests.

Rahul Gandhi is the best thing that happened to the BJP since Narendra Modi.